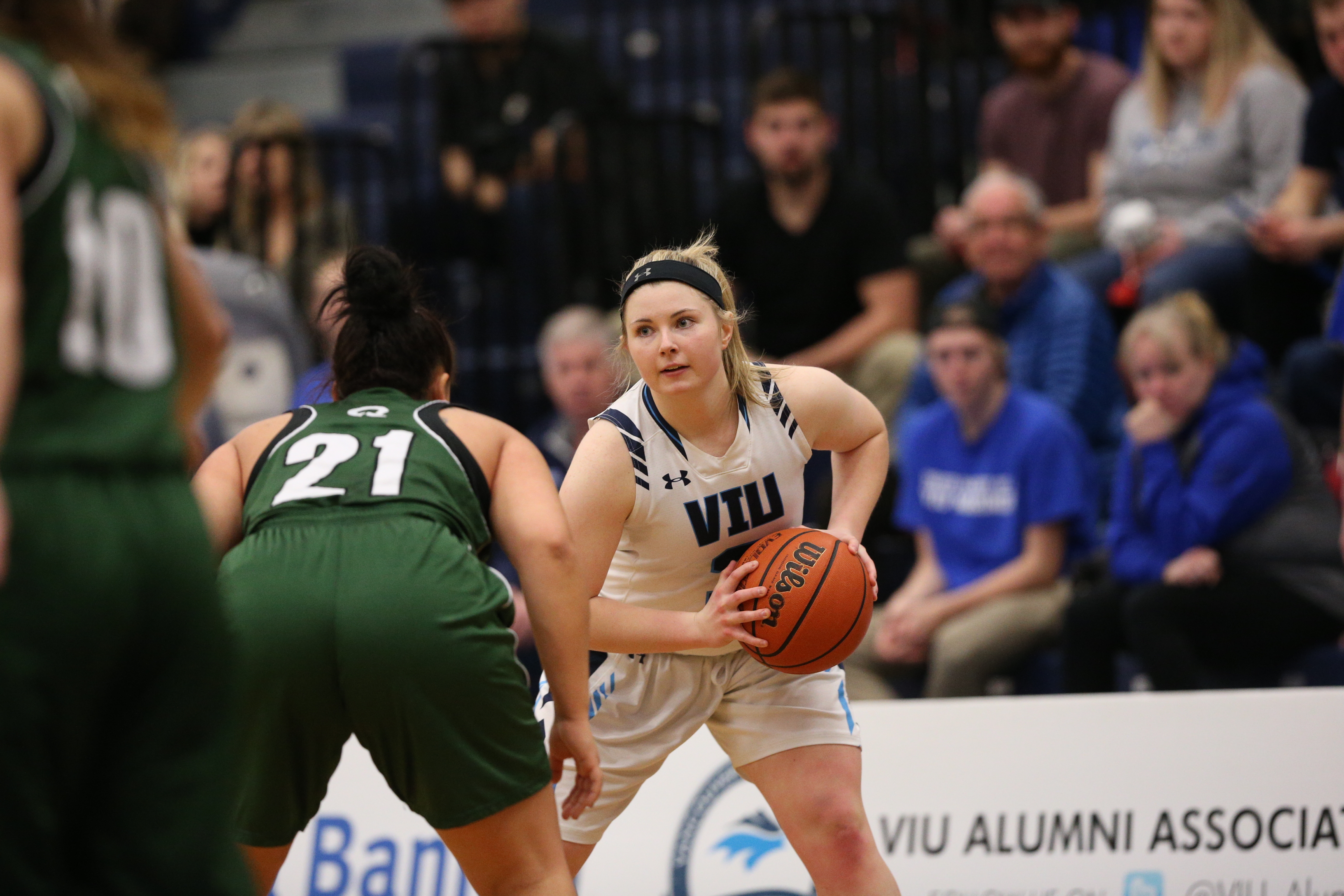 The Mariners Women’s Basketball team had a busy past couple of weeks. They finished up the regular season with a 13-5 record and participated in the PACWEST basketball championships. VIU opened the tournament with an impressive 57-47 victory over the Quest Kermodes. Unfortunately, they fell just short of advancing to the gold medal game the following day, after suffering a 58-57 loss to the eventual tournament champion Capilano Blues.

“Obviously we would of loved to have played for gold, but I couldn’t be more proud of my team, and the way we competed. It just didn’t work out exactly how we wanted, but it wasn’t through a lack of effort or concentration,” said first-year head coach Tony Bryce.

Bryce’s insistence on nurturing fundamentals and developing a heightened level of basketball IQ is something the players have responded to.

Fourth-year guard Emma Platner saw improvement in the team’s defense. “Towards the end of the season it became our biggest asset, and it was really hard for a team to score against us in the half-court.”

Adjustments at a technical level were things Bryce was able to work with the players to develop on a daily basis. With the season now over, he has a chance to advance the program in ways that are simply not possible during the regular season. Recruiting new talent like Sydney Fetterly, a 5’6″ off-guard and league all-star for the Fraser Valley champion, Abbotsford Panthers, is just one way he is looking to improve the team.

“She’s played in a lot of big time games already, so I think that’ll make her more capable of making the jump to post-secondary ball. I also like the fact that she’s a high-character person, high-quality student, driven, loves to train, and loves the gym. That is the type of culture and personality I’m trying to encourage,” Bryce said.

Fetterly is the first pickup of the Mariners 2018 recruiting class. Players of her aptitude will be something Bryce continues to scout for across the country and internationally. In addition to searching abroad for talent, he hasn’t discounted the chances of finding a local star.

On Friday, March 30th from 5:30–8:00 pm, Bryce will be hosting an ID camp, where returning Mariners and potential prospects can showcase their skills in front of the coaches. “It’s a chance to get a look at some of the players [who] I didn’t have a chance to scout because we were so busy with our season. We’ll get some fitness testing done, play a bit, and hopefully find that diamond in the rough,” Bryce said.

Time will tell whether or not next year’s team will build on this year’s work, but Bryce for one is confident that the program has a winning future on the horizon.

“I want to be a PACWEST champion, and I want to compete for a national championship. That’s why I took the job, and that’s what I told my athletic director I’d be pushing to make happen. I think in a lot of ways the foundation was really laid this year, and that brings a lot of promise moving forward.”

Those interested in attending the ID camp, Friday  March 30 are asked to bring appropriate attire and should note that it will involve fitness testing. A follow up event for those asked to return will be held on Saturday, March 31 from 10am-12pm.  Email head coach Tony Bryce prior to camp tony.bryce@viu.ca for more details.