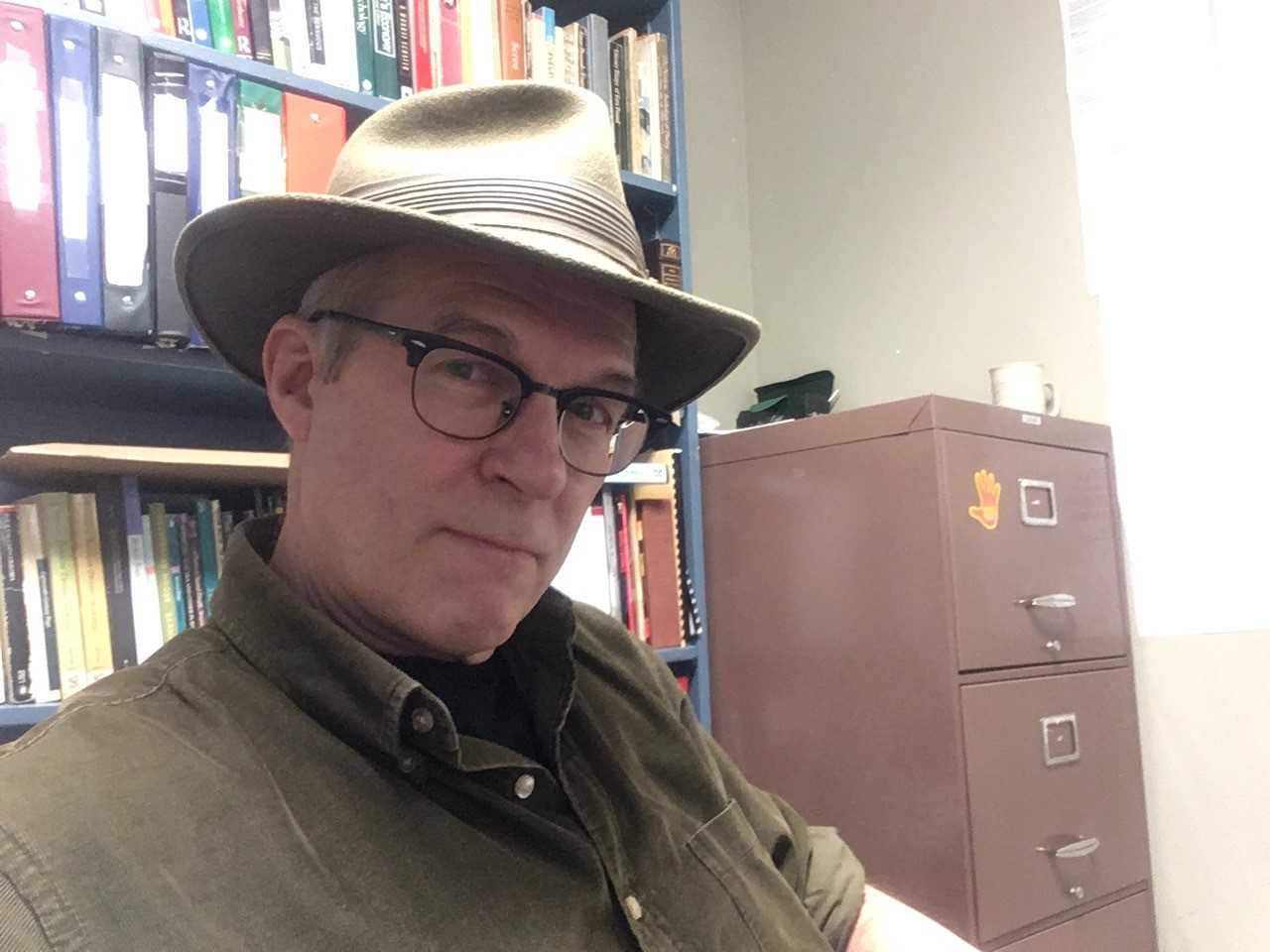 As a teenager in a Fraser Valley mill town, playwright Nelson Gray suffered a traumatic experience that continued to haunt him into adulthood. In the mid-1990s, he began to develop a play that reflected on this incident and now, some twenty years later, the VIU English Department professor is about to have this work published. What makes the publication even more interesting is that the volume also contains another play that reflects on the same incident, but from a different perspective.

Gray’s play is entitled Talker’s Town and the companion play by well-known Métis writer Marie Clements is called The Girl Who Swam Forever. Gray’s play explores how the lives of two non-Indigenous boys were changed forever after their encounters with a girl from the Katzie reserve who ran away from residential school. Clements’ play is a response, portraying the same sequence of events, but from the perspective of the Indigenous girl. The result is an innovative publication designed to highlight a unique cross-cultural collaboration.

On Friday, March 23, Gray will discuss this project in a presentation entitled “A Tale of Two Playwrights: Writing Across Culture and Gender.” The talk is part of the successful ongoing Arts & Humanities Colloquium series and will begin at 10 am in the Malaspina Theatre. The presentation will include readings from both plays.

“Creative collaborations between Indigenous and non-Indigenous playwrights are rare,” says Gray. In the 1980s, a co-creation by Linda Griffiths and Maria Campbell, published as The Book of Jessica, “resulted from a turbulent creative exchange that gave rise to some bitter disputes along the way.” The collaboration between Clements and Gray, “while not without its testy moments,” resulted in something quite different: “two distinct, one acts, published side-by-side, as a kind of cross-cultural diptych.”

In addition to reading from the plays, Gray’s talk will consider a number of questions. How did this cross-cultural collaboration come about?  What were the results of this creative endeavour? And why, some twenty years later, has Talonbooks, decided to publish these plays in this way?

Nelson Gray earned a B.A. from Simon Fraser University, an M.F.A. in Directing from the University of British Columbia, and a Ph.D. in Theatre History from the University of Victoria. His writing for the stage includes interdisciplinary performances, plays, and dance operas that have been produced in Canada, the United States, and Germany. His scholarly articles have appeared in a number of journals, including the Canadian Theatre Review, the Journal of Dramatic Theory and Criticism, Studies in Canadian Literature, and Theatre Research in Canada, and in two anthologies: Readings in Performance and Ecology and Greening the Maple: Canadian Ecocriticism in Context. This summer, with the assistance of a Canada Council Grant and a SHHRC award, he will be completing the script and libretto for Here Oceans Roar a contemporary opera based on his experiences as a salmon troller which incorporates oceanographic research from Oceans Networks Canada at the University of Victoria.

“The talk and the readings on March 23 are expected to open the door to some lively cross-cultural dialogue regarding current concerns such as cultural appropriation and Indigenous rights in this country,” says Gray.

All members of the VIU community—students, faculty, and staff—as well as the general public are welcome to attend this event. Coffee and cookies will be available in the lobby beforehand.