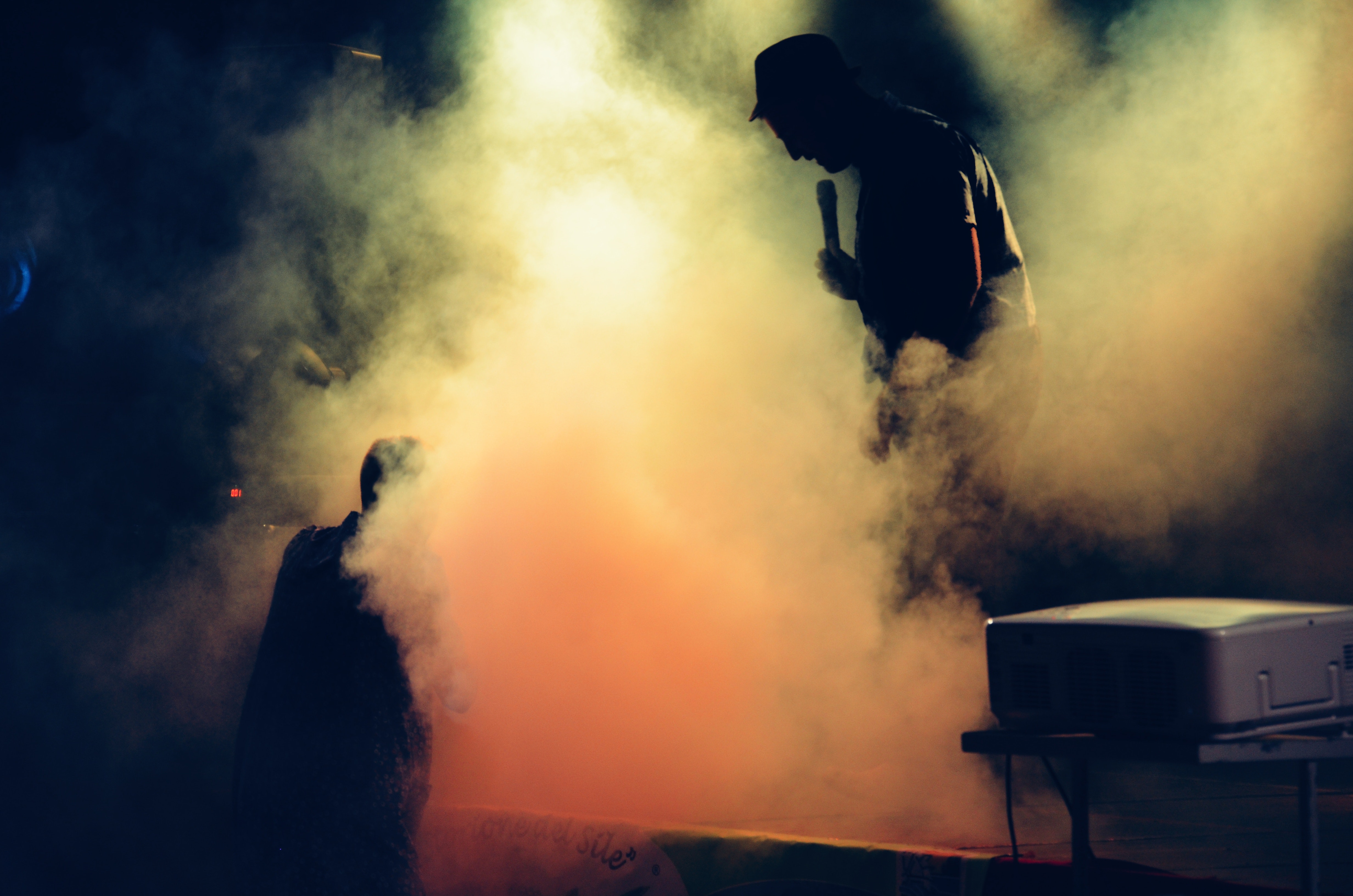 Yannis skipped the line with the appropriate aplomb, glancing over his shoulder to notice it stretch down the block. He shook the hand of the head bouncer, Rufus, who was about the largest, ruddiest Englishman outside the world of professional rugby. He hugged the squat, balding promoter Pablo Carlito Jiminez, and sauntered into the venue.

The place was packed and atmospheric smoke hung in the air. It was just beginning to dissipate as the first group of openers hauled their gear off the stage.

Yannis scanned the room for people he knew and headed backstage. His friend Donny Epstein’s band Ultraviolet Light was headlining that night. Vancouver, their home city, was the final date of their North American tour and they had just received their second Juno nomination.

A couple of the band members’ girlfriends, Rhea and Sonora, were chain smoking backstage. They possessed identical visages of being perpetually over it that rising rock star’s romantic partners so often had.

“I mean, did you see how high he was?” Sonora asked, locking eyes with Yannis.

“Oh Yannis, hi!” She had an extra lilt in her voice, followed by kisses on the cheek. Rhea followed suit with the same customary show of affection.

Yannis poured himself a vodka tonic from the rider and took a seat, crossing one leg overtop the other as was his wont. Donny Epstein walked in the room.

“Yannis, my man! How are you?” Donny had these glorious ringlets, complemented by a whisper of a moustache that made him look like Rick James reincarnated into a strawberry-blond Jew. He was wearing an old, distressed Iron Maiden shirt and skinny black Acne jeans. Yannis lifted the singer off of his feet in a bear hug. Donny grunted quietly.

“I maintain, y’know,” Yannis replied. Yannis was built like a fitness model in skinny jeans. Donny weighed about 140 pounds soaking wet, five of which was his hair; Absolom himself would have admired that hair.

“Oh, just exhausting. We haven’t had any downtime since Reno and that was a week ago.”

“How was Reno? It’s always felt like cinematic depictions of Vegas from the eighties to me.”

“I didn’t spend much time in Reno. Rhea and I ducked away to Tahoe for a couple days, which was great. Got to the lake, rented a boat.” Donny sniffed loudly.

“Nice, I love Tahoe. Summers there are always beautiful.”

After the show, backstage was abuzz with friends and groupies. Yannis sipped his signature vodka tonic, listening to Pablo Carlito list the upcoming shows he had planned and all the beautiful women he had on the go. Yannis’ roommate Robert Murray set his camera on an amp and clinked glasses with Yannis and Pablo.  He was shooting the band’s entertainment press kit and some B-roll for their online presence.

“Then there’s Shoshanna and she’s rail thin with an ass you can see from the front.” Pablo gesticulated animatedly, which along with the saucers he had for pupils made him look like a cartoon character.

If there was another aspect of Donny that was similar to Rick James it was that he loved cocaine. He was also very paranoid.

“What the hell Pablo? There was a rock left when I gave you the bag, now there’s only a couple bumps!” Donny shouted from across the room.

“You’re being crazy Donny, I just did a bump.”

“Don’t call me crazy! You stole my coke!”

This was preposterous. Like 90 percent of the club promoters in the city, Pablo sold coke on the side.

“Donny, I think you need to chill, man,” Pablo said, trying to manifest a calm vibe.

Murray flicked on his camera with a casual movement of his hand.

“Chill? Are you fucking with me? I know you stole my coke.”

Donny lunged at him. The promoter was soon sprawled out on his back with the singer at his throat. The girlfriends were screaming, and Murray had his camera candidly rolling from the amp like it was the set of a bad reality TV series.

Donny landed a couple of flailing haymakers while Pablo pushed at his face with his fingers.

Yannis grabbed Donny by the waist and dragged him to his feet. There was blood running from Pablo’s nose down his philtrum. He staggered, dazed by the assault.

“We’re all friends here, Donny. No one’s stolen from you,” Yannis said.

Yannis let Donny go as the promoter made his way for the door that led to the bathrooms behind the green room.

With a sudden burst of speed Donny lunged at Pablo while his back was turned. Rhea was now screaming at her boyfriend. By this time Rufus had come backstage to do a routine check of the venue—he was between the two in a heartbeat. Immediately seeing who the problem was Rufus picked up the skinny singer and restrained him like a small child. Donny was shaking and sweating, perspiration flying from his mop. His nose erupted crimson. Rufus had as much expression on his face as a stone. He didn’t even glance at the drop of blood from Donny’s nostril on his shoulder. It was just another day at the club for Rufus.

When the chaos had calmed, Yannis and Murray stood outside while Murray smoked.

“You were filming the whole fucking time, weren’t you?”

“Yeah man, I mean, it’s not like I’d use it for anything, but if they ever tried to stiff me it would be good blackmail as insurance.” Murray paused, took a deep drag and continued. “It would be pretty badass for your band’s EPK though.”

He gestured at a camera’s frame with his two hands and went on. “Cut to Yannis Jones Ronin’s synth guru stopping backstage fight at Ultraviolet Light show. You could throw a good lead line in to go with the footage.” Murray laughed.

Contributor A creative writing major at VIU, much of Nicolas’ stories are inspired by his career in the film industry and his time playing in an indie band. In 2017 he was the recipient of the Bill Juby Award.