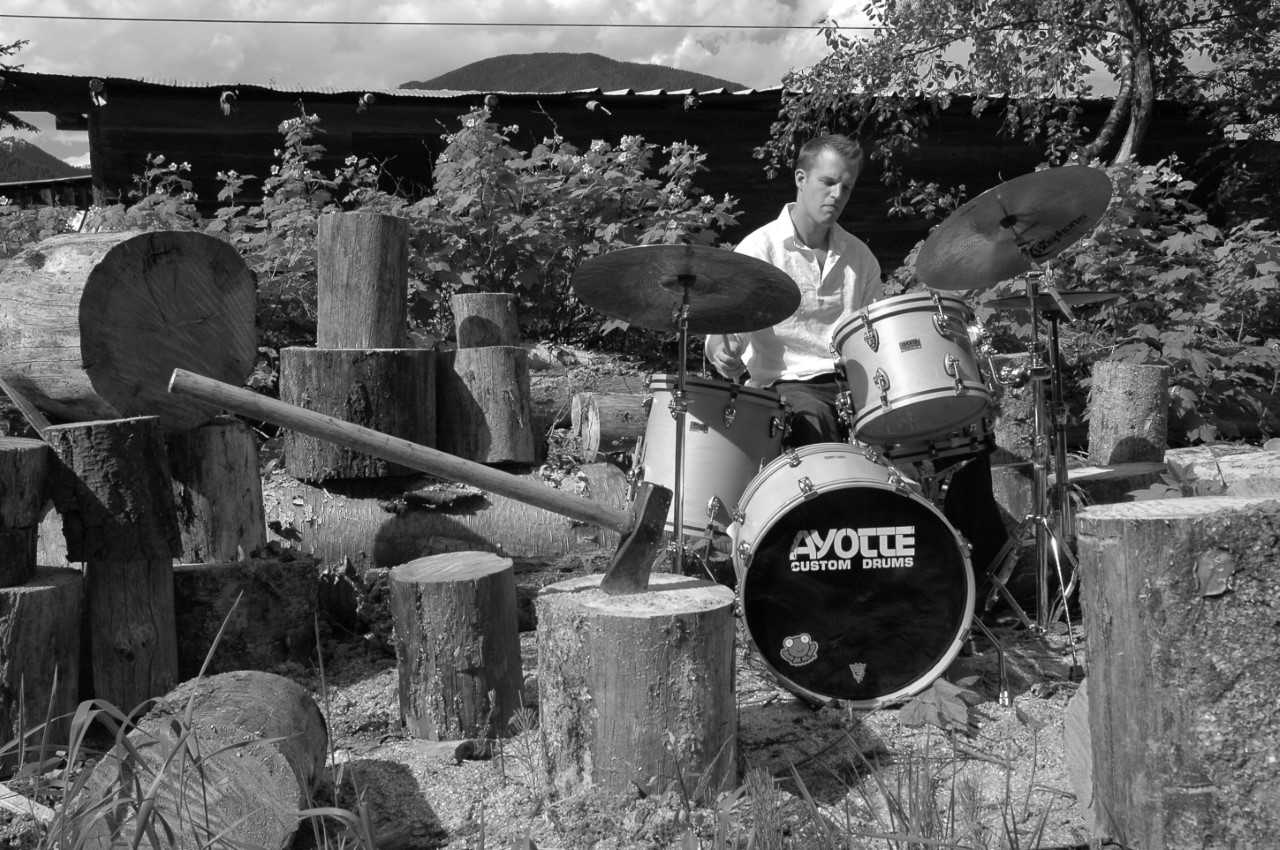 On September 28, drumming instructor Hans Verhoeven will take faculty and students into the musical world of composer Iannis Xenakis (1922-2001) by discussing and performing a Xenakis composition called Rebonds.

“It is arguably one of the most difficult and demanding pieces in the repertoire for solo percussion,” Verhoeven says.

The talk and performance, entitled Drummer Brain: The Percussionist’s Approach to Music, Learning, and Remembering, will take place in the Malaspina Theatre, beginning at 10 am. It’s the first presentation in the 2018-2019 Arts and Humanities Colloquium Series.

Xenakis was an innovative figure in 20-century music, and as The Guardian noted in April 2013, his life “sounds like something out of a film script.” He fought for his homeland, Greece, as part of the Communist resistance in the Second World War and was sentenced to death after he fled to Paris in 1947 because of his politics. His sentence was later commuted to a prison term, with his conviction finally quashed in 1974.

The Guardian continues by saying that Xenakis was one of the leading creative figures of the century: an architect who trained, worked, and often transcended the inspiration of his mentor and boss, Le Corbusier; “an intellectual whose physical and mathematical understanding of the way individual particles interact with each other and create a larger mass … would produce one of the most fertile and prophetic aesthetic explorations in musical history; and above all a composer, whose craggily, joyously elemental music turned collections of pitches and rhythms and instruments into a force of nature . . .”

Rebonds—Verhoeven’s presentation—will illuminate the inner musical workings of one composition. The piece comprises two autonomous movements. These movements can be performed in the order of the player’s choosing and are meant to be heard back-to-back.

“Due to the sheer power and intensity of the piece,” says Verhoeven, “many of the patterns, melodic and rhythmic motifs, and concepts that make Rebonds so exceptional can often pass an audience by during its first experience.”

To help listeners, Verhoeven will break down patterns and demonstrate how they relate to one another, point out motifs and their development and evolution, and give the audience an intimate look at the architectural nature of Xenakis’ writing. Verhoeven will also give some background on the different percussion instruments being used and discuss his choices in sticks, mallets, tuning, and set-up.

For Verhoeven, working through the piece has taken a considerable amount of time, memorization, and money. One of the wonderful things about Rebonds, says Verhoeven, is that the technical requirements are so daunting and close to impossible that every percussionist seems to develop their own individual solutions to Xenakis’ musical problems, making Rebonds a living, breathing piece of music that will forever be dynamic, relevant, and deeply felt by all who hear it.

Verhoeven holds a Bachelor of Music in Jazz Performance from McGill University and a Master of Music in Orchestral Percussion Performance from the University of Victoria. He has lived and worked in some of the most vibrant music scenes in Canada and abroad. Recognized for his authenticity, playfulness, and creativity, he has performed with a wide array of artists from Ingrid and Christine Jensen, to Brad Turner, Phil Dwyer, and Teddy Kumpel.

All members of the VIU community—students, faculty, and staff—as well as the general public,— are welcome to attend this free event. Before the presentation, coffee, tea, and cookies will be available in the theatre lobby. The presentation will conclude with a full performance of the piece. A preview of the roughly twelve-minute composition can be heard at http://hansverhoeven.net.