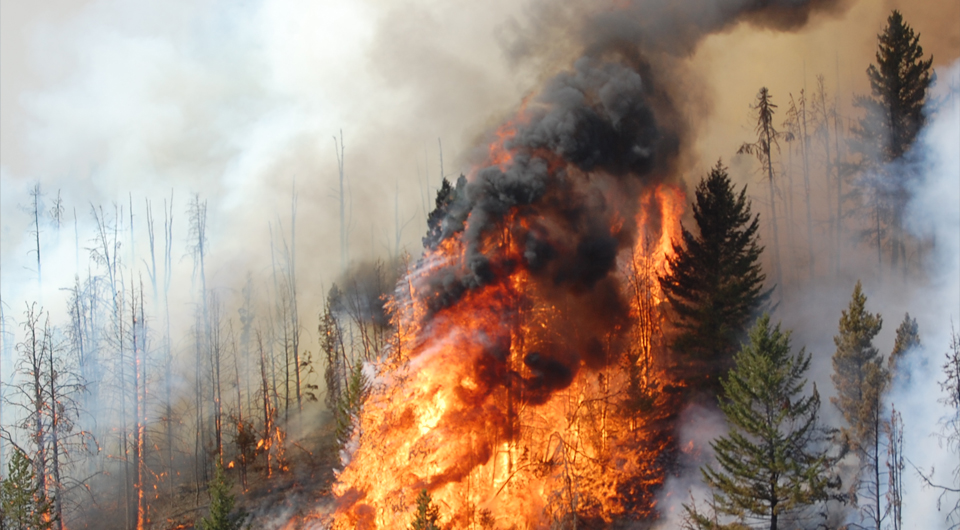 2018 was BC’s second worst wildfire season in history, following 2017 as the worst fire season on record. Over 600 wildfires burned simultaneously up and down the province this year. The provincial government was forced to declare a state of emergency to combat the threat.

Smoke from the BC fires has floated across the country, making it as far as the Maritime provinces. BC had the overall worst air quality in North America in August 2018, and some of the communities hardest hit by wildfires experienced weeks of thick black smoke that blotted out the sun.

Wildfires in the Nanaimo area this summer made the city’s air quality among the worst in the province. The Nanaimo Lakes fire was caused by someone littering a cigarette butt. Think about that. Just one cigarette butt caused a community of 90,000 people to breathe air equivalent to smoking 12 cigarettes a day.

Rainy weather and colder temperatures have provided some relief for residents and firefighters in BC recently, however, fires are still burning. As of September 8, there 407 wildfires in BC, and 29 that pose a threat to public safety.

BC communities are adopting Fire Smart practices to protect their homes from the flames. There are also efforts underway to clear forest brush, dead trees, and reduce wildfire fuel through controlled burns. Will we be prepared for the challenges of summer 2019? It is difficult to say.

We know for certain that the effects of smoke inhalation have caused health problems for people with respiratory issues, as well as those with weak immune systems like infants and the elderly. The smoke has also been linked to mental health issues as people spend more time inside and are isolated from their communities. Another smoke-related issue is the economic impact. Areas like Kelowna, BC, have lost revenue from tourism, and have even encouraged local shopping sprees as a way to offset their losses. It will be months before the impact of the fires can be assessed, however, the province has already spent $429 million fighting the fires since April.

For now, we can celebrate the reprieve from air quality advisories, and rejoice that the state of emergency has been lifted. But we cannot let the lack of smoke lull us into a false sense of security: extreme weather conditions are expected to continue in 2019. We’re not out of the woods yet. In fact, we may have just entered them.