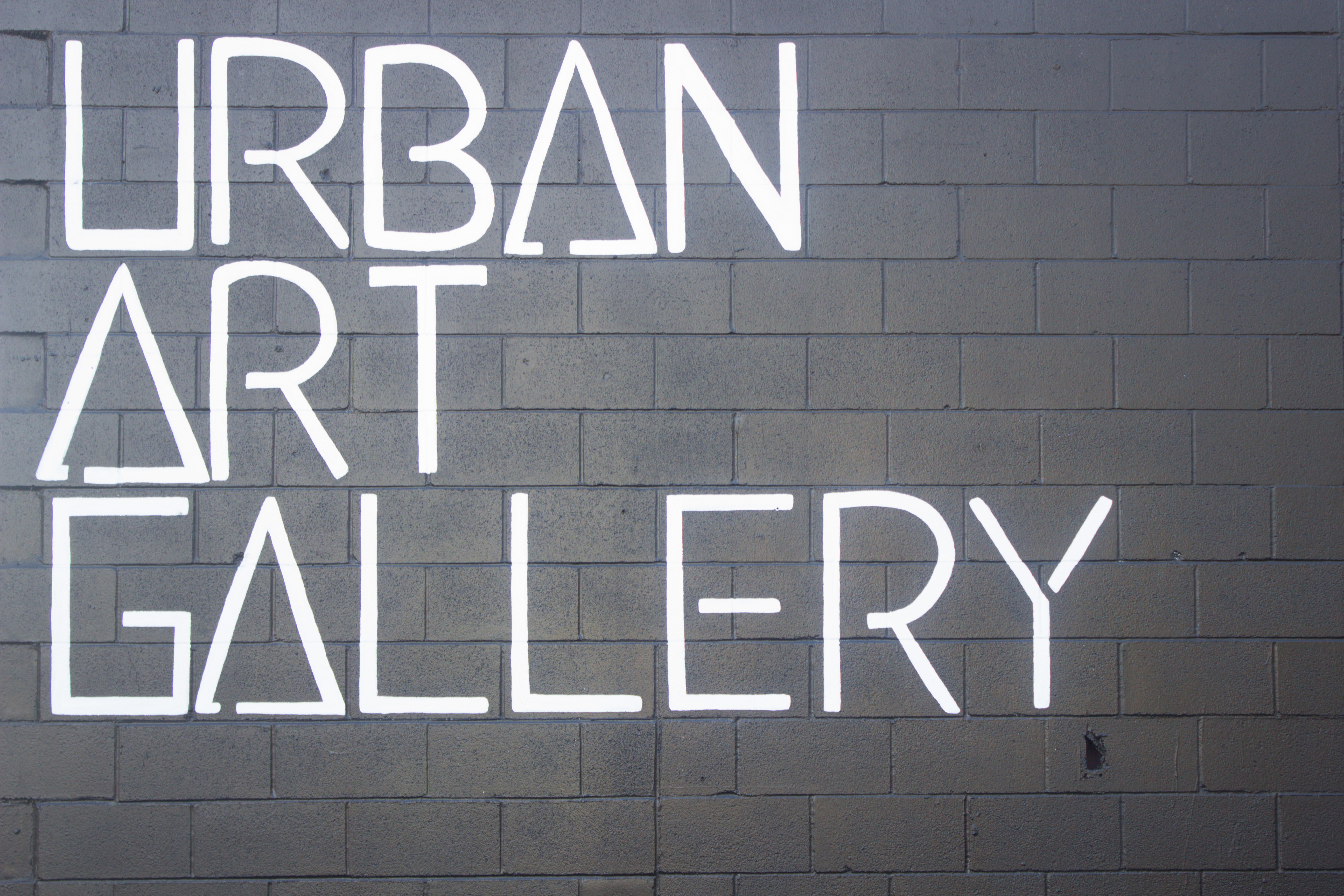 On the corner where Commercial Street connects with Terminal Avenue stands the A&B Sound building. Year after year, it would take a beating from the elements each season, since its closure in 2008. What once turned heads from the highway by its vibrant purple paint job was left vacant and greyish-green. People would drive by without a single glance.

This summer the aging building underwent a transformation. Not the usual primer and another coat of grey-green, but a complete revival by the creative hands of several artists. It received a 360-degree coat of murals ranging from Bob’s Burgers character Tina Belcher on the Victoria Crescent side of the building, to a tree swimming in lucid pools of blues, greens, oranges, and reds on the Commercial Street side.

The Urban Art Gallery is backed by Humanity in Art, a shop founded by Alyssa Glassford in 2013 with a focus on urban art, murals, prints, commissions, and board art.

In 2017, Glassford says Lauren Semple joined as a partner and they began taking on larger projects, bigger murals, and entering the realm of apparel. Semple became a key component in establishing their non-profit foundation, Humanity in Community.

“Humanity in Community aims to reconnect communities with their urban environments through public art, and [it] supports local street artists by funding public art projects such as large-scale murals and open art walls,” Semple says. “We fundraise, crowdfund, and apply for grants to fund our projects.”

The inspiration for the A&B project came when Semple was helping Glassford on her Superman and Wonder Woman mural on the In-Print building downtown on  Lois Lane. Semple took notice of how the downtown core was looking a bit sad.

“I’ve wanted to paint this building since I first moved to Nanaimo,” Glassford says, referring to A&B Sound building. “A few years ago, I approached the DNBIA [Downtown Nanaimo Business Improvement Association] about the building and they managed to [get] me permission to enter the building and cover the windows with artwork. After a year or so, the windows were boarded up and the area really went downhill.”

Glassford and Semple’s goal for the project is urban rehabilitation through large-scale public art, to reconnect people with their urban environment, and build a community in the arts district. The goal is achieved by the murals and the artists.

Sebastian Abboud has taught in the Graphic Design Department at Vancouver Island University for four years. His mural is at the corner of Commercial Street and Victoria Crescent, a work of doodles that derive from his favourite shapes set over a yellow background, with a black border around the edges. The doodles range in colours including green, blue, pink, white, and black.

The Nav asked Abboud if there was anything at play he wanted the people walking by to know about the piece.

“No, I think it’s all fairly self-explanatory,” says Abboud. “Hopefully it brightens their day and brings a smile to their faces.”

Eddy Martin Graham is a fourth-year Visual Arts students at Vancouver Island University. Graham completed a mural at the Urban Art Gallery named Tree of Life. The mural receives a lot of traffic since it’s at the corner of Terminal Ave and Commercial Street. Graham states it’s meant to represent the four different seasons.

“Technically, everybody has different seasons,” Graham says. “We go through [the] ebb and flow of who we are and I’m trying to visually appeal to that on a natureful scale.”

The mural plays on interconnection and how people are divinely united. Graham’s ambition was to tie in the spirit and essence of the northwest, and how people who live on the coast have the ability to go from ocean to mountain in a five-minute drive. He chose to go with using brushes over spray paint to add as much detail as possible.

“There’s beauty in spray paint, but I love putting in little details that show how much I really, truly care about my piece,” says Graham.

Graham says he never expected so much gratitude and respect from the community. Often, during the creation of the mural, people stopped at the four-way would roll down their windows to pay homage to his work with kind words.

Graham didn’t know any of the other artists at the start of the project, but, as time progressed, they would take breaks to talk to each other and admire one another’s work. He believes having the community of artists working simultaneously helped push each mural to fruition.

“It’s like musicians vibing off each other and then getting excited off of what they’re creating,” Graham says.

Around the back side of the building, there’s an open art wall where anyone can put their graff skills to use or try a mural of their own. Humanity in Art asks that everyone respect the already mapped out areas and completed murals.

To stay up to date on Humanity in Art, and their projects, visit www.humanityinart.com.