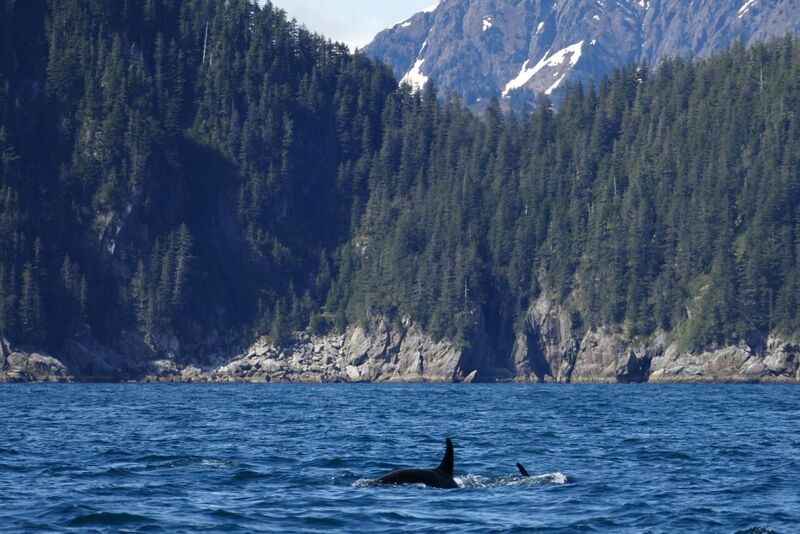 Orcas photographed in Alaska, near Seward. Photo by Shanon Sinn.

On July 24 2018 the killer whale J-35—nicknamed Tahlequah—began a 17-day “tour of grief” for her daughter that worried researchers. The 20-year-old mother of the J pod pushed her calf, who lived for only 30 minutes, for over 1,000 miles off the Pacific Northwest Coast.

J pod is the community of Southern Resident Whales who live in the water off of Victoria. Tahlequah wasn’t the only member of the pod to suffer. Only a few weeks later, Scarlet (J-50) was presumed dead. Scarlet’s birth had once brought reason for researchers of The Pacific Whale Watch Association (PWWA) to celebrate: two (J-50; J-51) healthy and athletic calves—after years of unsuccessful births. Considered to be the pod’s Baby Boom of 2015/2016, they marked a healthier chance at survival.  However, scientists had been reluctant to celebrate this so-called “baby boom” as newborn calves only have a 50 percent survival rate in their first year.

J-50 was born in December of 2015 during a difficult delivery. Scientist believed the calf had been mid-wifed by two other members. Cuts along baby Scarlet’s body indicated that another killer whale had pulled the baby from the mother. Despite the difficult birth, Scarlet was a favourite amongst researchers for her playful nature and was often photographed breaching, even at a young age.

Scarlet had always been small for her age, but stayed resilient, even as she lost weight during her third year. She had been sickly for months and was seen with a prominent “peanut head” in her last days. Scarlet died on September 7.

“Peanut head” syndrome has run through the Southern Resident Whales for years and is often associated with death. The illness that is plaguing the J pod is a visible sign of starvation, often coupled with exposed ribs. The extreme loss of fat around the head causes the area—which should be robust—to become sunken and concave, imitating the shape of a peanut.

The J pod, which was once nearly a hundred strong, now only has 22 members. Breeding age whales are critical to the pod’s survival, and there are just a handful left. Killer whales usually give birth every three to five years once they turn fourteen, however, a high infant mortality rate results in declining numbers—75 percent of conceptions are miscarriages. In the last decade, deaths have outnumbered births. With the reproductive capacity low, the Southern Resident Whale population faces looming extinction.

Conservation efforts are, in part, thanks to Dr. Michael Bigg: known as the “father of killer whale research.” His work in the 1980s discovered that killer whales have distinct populations and cultures, and a limited number of members within these populations. The social structures of pods are complex societies, and most are matriarchal. Calves are disciplined and educated by their mothers, and the cultures of their pods are passed on through the mothers and grandmothers. The bond between mother and son is so strong that the sons rarely leave their mother’s pod.

Bigg’s discovery that there was so few within each population allowed the identification of individual killer whales. Like a human nose, each dorsal fin is unique, and when coupled with markings on their backs each whale becomes distinguishable.

Bigg’s research showed that in the waters surrounding Vancouver Island there are three kinds of killer whales; and four populations:

The Transient Killer Whales, who are fondly referred to as Bigg’s Killer Whales, eat other marine mammals: seals, sea lions, porpoises, and sometimes birds. They are the largest orcas in BC at seven to eight meters in length, and roam the entire length of North America. Because of their diet, they are considered to be the fastest of the orcas.

Offshore Killer Whales do not mate with the Transient or Residential pods, and have a wider range than the local populations. The result of their diet, which includes Pacific sleeper sharks from the continental shelf, means that their teeth are worn, and their bodies are often scared from battle. The Offshore pods are not often seen from the island, but lucky sightings occasionally happen in the north.

Resident Killer Whales are inshore salmon-eaters, mostly chinook, rather than marine mammals. They are the most vocal of all the killer whales. Fish have terrible hearing which makes the salmon easy prey.

There are two populations of Resident orcas: North, and South. The Northern Residents number 305 according to a 2017 report from Fisheries and Oceans Canada. They are found in northern British Columbia in the Johnstone Strait area, and also in southeastern Alaska. The Salish Sea is home to the orcas known as the Southern Residents, of which there are only 74. The Southern Resident pods include three families: the J, K, and L pods.

Jackie Hildering, a biology teacher, cold-water diver, and Humpback Whale researcher visited Vancouver Island University on September 25 to deliver a poignant presentation: Lessons Learned from Killer Whales. During her talk she impressed the importance of recognizing that what is happening to the killer whales isn’t happening somewhere else; it’s happening right here. Hildering urged the audience to remember that the capacity to change lies with our humanity.

“It took 17 days and a mother pushing around her dead calf for anyone to care,” Hildering said.

British Columbia’s history with orcas is dicey at best. Killer whales have received a bad reputation because of their name: Orcinus orca. Or, “bringer of death.” They were believed by some fishermen to be competition for salmon; in the 1960s, Campbell River fishing organizations proposed various methods of dealing the growing population of killer whales: bombing the animals from the air, and installing a machine gun at Seymour Narrows to be shot when pods came through. During this time, nearly 50 individuals were taken into captivity at marine parks.

Whales aren’t unique when it comes to British Columbia’s indifferent attitude towards marine life. Sea otters were skinned for their pelts—the obnoxious predators were taken care of—and sea lions slaughtered. Also, fisherman would attach blades to the front of their boats to prevent basking sharks from getting caught in fishing nets. Basking sharks are the world’s second largest shark and feed primarily on zooplankton.

Threats these days aren’t as outwardly aggressive as shooting fish in a barrel. These days the threats are more subtle, and there are more factors. Orcas face three main threats: fluctuation of food supply, habitual and environmental threats, and human pollution.

Whales live to be a hundred years old, like humans, so pollution in their system builds up from chemicals and toxins in contaminated water and air. Hildering pronounced that “the most contaminated animals in the world live in Beautiful BC.”  Toxic pollutants, like pesticides, contaminate the whales—and are passed onto their babies.

The survival of these orcas rests in our capacity to change. Boaters need to observe the federal regulations to stay 200 yards away from all whales; reductions need to be made in vessel traffic and noise to prevent disturbing pods. Cuts need to be made on pollutants such as PCBs, which compromise the health, immune function, and reproduction of whales.

There are still the occasional ship-strike, where ships collide with whales, although movements to amend these collisions have been implemented.  In June of this year, the Canadian Marine Mammal Regulation Act was amended in the cases of specific disturbances, and reports of incidents enforced.

It’s hard to imagine our waters without the killer whale families, but it is a risk that we’re going to have to acknowledge before we can begin to recover. The path to becoming better for and to our marine neighbors may seem daunting, but it isn’t. There are many Vancouver Island grown organizations fighting and educating on behalf of the orcas, humpbacks, sea lions, seals and all other creatures found in the Pacific Northwest. The Georgia Strait Alliance is just one example. They were founded by Nanaimo residents in the 1990s to act as a collaborative voice for all who call the Georgia Strait home in restoring and protecting the strait and adjoining waters. 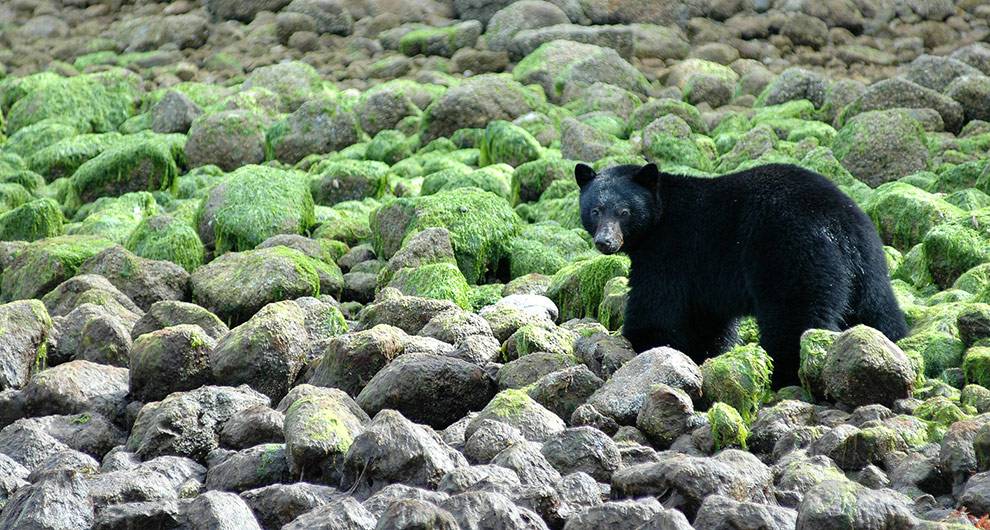