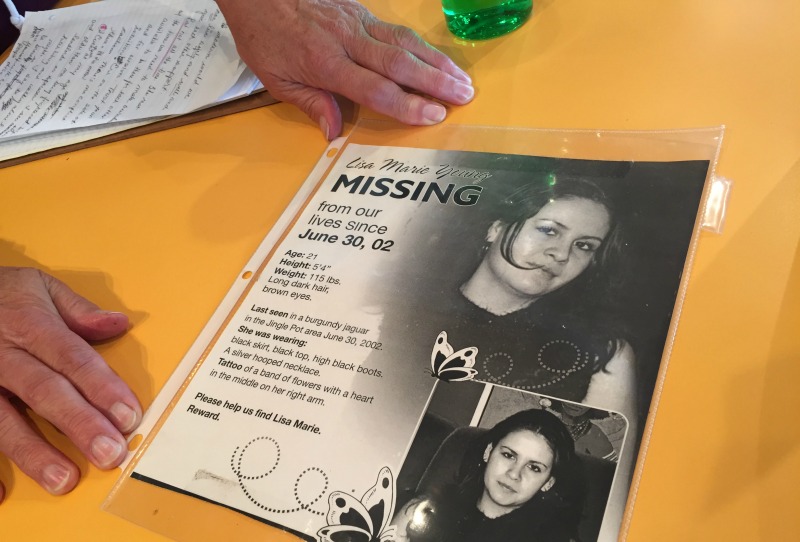 In many traditional Indigenous beliefs, the spirits of missing and murdered women are lost and trying to find their way back home.

Every year, candlelight vigils are held across Canada for these Indigenous women and girls, on—or as near as possible to—October 4. Vancouver Island University’s Student Union hosted this year’s ceremony at Shq’apthut (the Gathering Place) on October 3. This is the seventh year in a row that VIUSU has organized it.

Sherry Mattice, VIU’s Indigenous Education Navigator from the Powell River campus, emceed the ceremony. She began by introducing Elder Geraldine Manson who opened with a traditional Snuneymuxw welcome. Elder Stella Johnson then gave a prayer, preparing those in attendance for the vigil.

Fred Speck spoke next about the need for men to stand in solidarity with women. “The issues are more complex than generalized,” Speck said.

From the Highway of Tears to the Pickton Farm, and from Vancouver’s DTES to Nanaimo’s Discontent City, several factors “predispose and expose [Indigenous] women to a higher chance of harm.” This includes a lack of government support for the National Inquiry into Missing and Murdered Indigenous Women and Girls (MMIWG).

Family members of lost ones came forward next. Their testimonies expressed several contributing factors repeatedly: racism, intergenerational trauma (lasting impact of Residential Schools, the 60s Scoop, foster homes, etc.), addiction, oppression, poverty, child abuse, and more. One Cowichan woman who introduced herself as Sabrina—whose Auntie had been murdered—expressed the need for First Nations people to not get involved in family politics. “It’s important,” she said, “that you keep your home open to anyone who might need it.”

These personal tales were the most heart wrenching of all: stories of murder, rape and abuse of mothers, sisters, nieces. One VIU student shared how she felt unsafe even on campus—something every student needs to recognize.

As emcee Sherry Mattice stated between speakers, “These women are not just numbers or people in the news.” They represent every Indigenous woman and every daughter. “Over 1000 women and girls,” she said, “and two-spirit people, as well.”

And she’s right. This isn’t something that’s just happening to other communities. There have been several cases with ties to Vancouver Island that have attracted nation-wide media attention:

Many women’s stories, even local, never make their way to the news. In 2017, the National Inquiry into Missing and Murdered Indigenous Women and Girls’ Interim Report stated that they’ve documented almost 1,200 women, girls, and LGBTQ2S cases in Canada. In 2016 however, Canadian Minister of the Status of Women, Patricia Hajdu, said she believed the number could be closer to 4,000.

24 percent of women murdered in Canada are Indigenous, the report states, even though Indigenous people make up less than five percent of the population. While female homicides are decreasing in Canada overall, the number committed against Indigenous women continues to rise. Depending on where you are in the country, these women are 16-19 times more likely to be killed or go missing than a Caucasian woman.

As a call to action, the MMIWG report asked government and businesses to condemn violence against Indigenous women, girls, and LGBTQ2S people and other members of their communities; something many organizations gave lip service to, but fell short on delivering.

As recent as September 30, Vancouver Island’s Quality Foods was in the news for sending an employee home who was wearing an orange shirt recognizing survivors and children killed in residential schools on the nationally endorsed day to do so. One of the legacies of the residential school system, according to the MMIWG report, is the ongoing violence toward Indigenous women and girls and its generational impact. Quality Foods did not respond to multiple requests for comment. Instead, they gave a Facebook apology, which was edited multiple times in response to ongoing criticism. There has been a lot of public criticism of the federal government’s commitment to solving the MMIWG crises by Indigenous communities as well.

There are no easy answers. The Sisters in Spirit vigils honour the memories of those we’ve lost and help spread awareness. Some believe the vigils also offer healing to the family members of the victims, their communities, and to the spirits of those who are still trying to find their way back home.

Charlene Richardson performed a prayer song near the end of the ceremony. Fred Speck then closed the vigil by performing another. The room became quiet, as people then began to move somberly towards the exit.

As we prepared to leave the gathering centre, Stz’uminus motivational speaker and singer Patrick Aleck—who had attended the vigil in remembrance of his aunt Jessica James—said to me, “Healing is a journey, not a destination.”