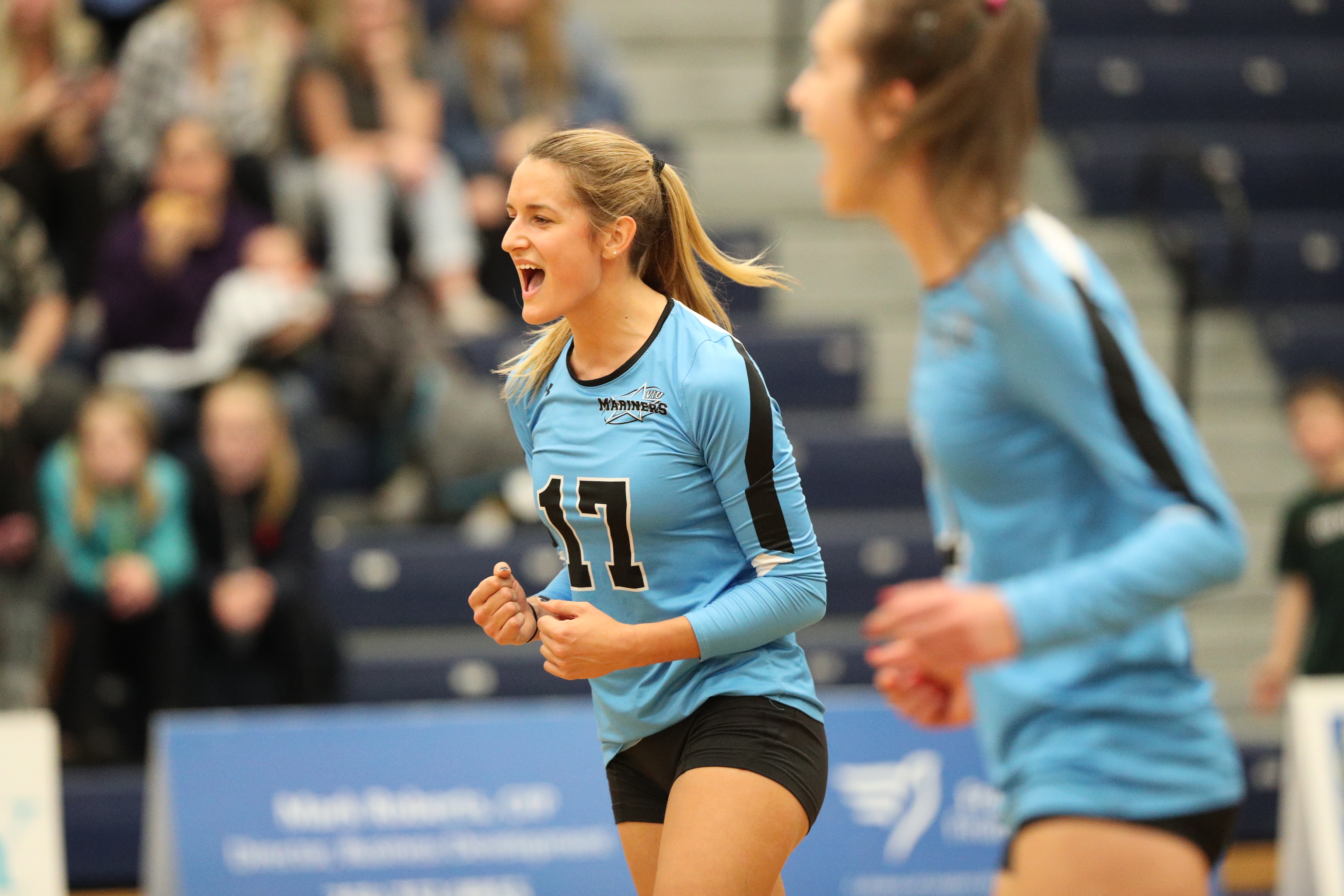 It’s an exciting time to be a Mariners fan. Our women’s volleyball team is playing at an elite level sitting at 10-0 and 8 points ahead of the second place, Douglas Royals, in the PACWEST. Another undefeated team going into the break is our tenacious women’s basketball team; with a combination of gritty defensive play and a deep bench, the team also remains unbeaten at 6-0. Soccer season has wrapped up, Coach Stefanek and the men’s team grew with every game played, and the relatively young women’s team showed tremendous fortitude in their Nationals performance, finishing the tournament with two wins and two losses.

Here’s a breakdown of what’s happened thus far, and what’s on the horizon for all our Mariners teams:

A record of 5-1 has them first in the PACWEST, sharing the top spot with Capilano and Douglas. Mariners guard Harry Fayle had a breakout start to the season, tallying up 25 points on 9-16 shooting, and collecting five rebounds, seven assists, and three steals. The following day the Mariners took on the Okanagan College Coyotes and Fayle finished the game with 35 points on 12-21 shooting, four rebounds, and six assists. In all, over the opening weekend, he tallied 60 points, nine rebounds, and 13 assists. Fayle is undoubtedly taken on a leadership role within the team dynamic, and it’ll be interesting to see how that evolves as the season progresses.

Hard-court action picks back up January 4-5 with pivotal back-to-back home game matchups against the Falcons.

The second season under Coach Bryce has seen the team grow exponentially. Sitting at 6-0 going into the break puts the Mariners at first in the PACWEST conference.

Tenacious defense and unparalleled depth has helped VIU through some tough competition. The last matchups before the break had the team facing Langara where they won in convincing fashion with the final score being 72-51; the following day they faced Columbia Bible College, (CBC) in a matchup where they came out on top, 91-27.

The Mariners women’s team will have home-court advantage returning from the break to face off against the CBC Bearcats on January 4–5.

Midway through the Mariners sophomore BCIHL season and the team is 1st in the standings with a regular season record of 6-3. They are one point ahead of Trinity Western University, (TWU) for the top spot in the rankings.

VIU has proven to be competitive against the best the league has to offer, with victories over TWU and defending BCIHL champions UVIC. Forward Dallas Calvin was named the Player of the Week for the week ending November 12.

The team can end 2018 on a winning note with their matchup against TWU on December 7, being the last game played during the 2018 calendar year.

VIU’s strong middle presence from both Amanda Dobby and Taylor Wickinson proved too much for the Douglas Royals in the matchup between the #1 and #2 ranked teams in the country. It was a pivotal game, and our Mariners passed the test with flying colours, defeating the Royals 3-0.

The team will be on the road through January 4–5 to face the CBC Bearcats; they return home to square off against the Capilano Blues January 11–12.

The VIU Mariners are off to an 8-2 start, putting them in a two-way tie with the Douglas Royals for the top spot within the conference, and fourth place in the CCAA national rankings.

They kick back into action the same weekend as the women, facing off against the Capilano men’s team in back-to-back matchups at the VIU gym.