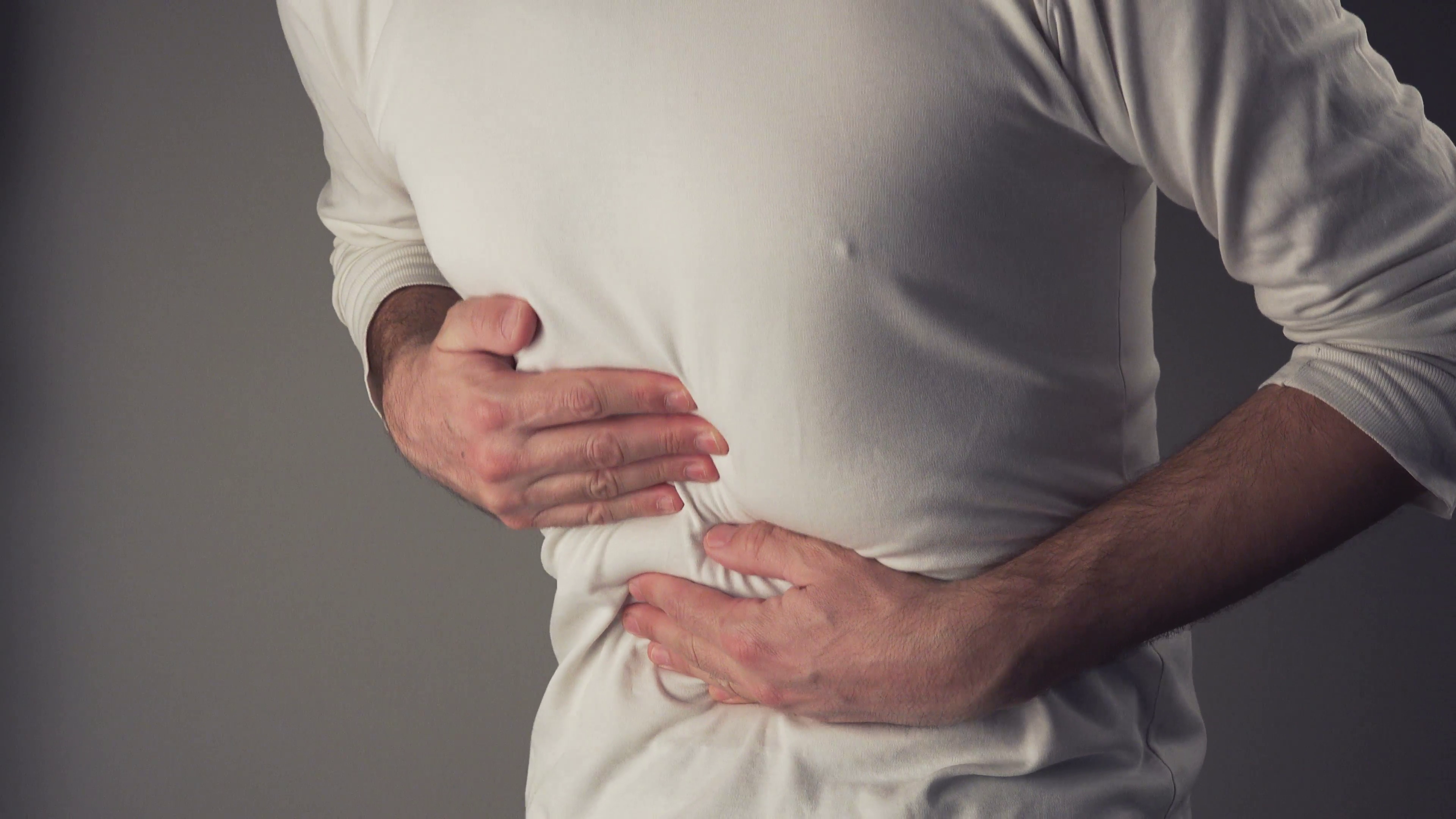 More than five million people around the world live with Crohn’s disease or ulcerative colitis, two forms of the debilitating Inflammatory Bowel Disease. Canada has among the highest percentage of population affected by these diseases. In Canada, November is Crohn’s and Colitis Awareness Month. A month dedicated to raising awareness and understanding of these diseases, and what it’s like for the people who live with them. The following is my account of life with ulcerative colitis.

Many people are faced with the daily challenges of having to live with a chronic, lifelong illness.  I never imagined that I would be one of them, much less that I would become chronically ill before the age of 20. But for nearly five years I have been living with the ongoing symptoms of inflammatory bowel disease, or IBD.

Chronic illness has significant impacts on an individual, reaching beyond just the physical symptoms associated with the disease, and often resulting in substantial effects on the person emotionally and socially. When I first became sick, I started to shut myself off from those around me, trying to hide the fact that I had a disease.  But on this journey, I have come to the realization that trying to hide doesn’t help anyone. It doesn’t help the people around me to understand what I’m going through, and it certainly doesn’t help me move forward with learning to cope and live positively. I now embrace the chances to share with others about my experience with chronic illness, not only as an opportunity to help raise awareness and understanding around the challenges which chronically ill people face, but also as a means of furthering my own personal healing and growth.

Canada has one of the highest incidence rates of inflammatory bowel disease in the world.  According to Crohn’s and Colitis Canada, approximately one in every 150 Canadians have IBD, affecting more than 250,000 people (2016). That’s about as common as Type 1 diabetes.  Most people are at least somewhat familiar with diabetes, yet very few people know or understand what IBD is. Due to the nature of the disease and the complications it may cause, the challenges people with IBD face are often not talked about in society—problems associated with the bowel are usually considered taboo topics. Coupled with the fact that IBD is usually an “invisible illness” and those affected often appear from the outside to be a normal healthy individual, those with IBD are left feeling isolated and alone in their condition. These feelings only exacerbate the stigma we often face, because even if the condition were something we wanted to talk about, it may be considered inappropriate to do so. This is one of the reasons I have chosen to be more open about my disease. The challenges surrounding IBD are often kept in the shadows, and stigmatized people will remain alone unless more people start talking about it directly.

So, what is inflammatory bowel disease?

Although the exact causes of IBD are unknown, it is believed to be an autoimmune disease which results in the chronic inflammation of the gastrointestinal (GI) tract, disrupting the body’s normal ability to digest food, absorb nutrients, and eliminate waste in a healthy way.  There is no cure, but medical treatments seek to alleviate the symptoms caused by the disease. Although IBD can occur at any age, it is most often diagnosed in young people between the ages of 15 and 25.

There are two main forms of IBD: Crohn’s disease, which may cause disease along any portion of the GI tract; and ulcerative colitis, which is often more acutely isolated to the colon, or large intestine. This chronic inflammation can cause the degradation of the lining of the GI tract through ulceration. Some of the many symptoms associated with these conditions are abdominal pain and cramping, nausea and vomiting, loss of appetite, weight loss, malnourishment, dehydration, fatigue, fever, night sweats, severe diarrhea (often associated with the loss of mucus and blood, which can result in anemia), and frequent and urgent bowel movements.  These symptoms can sometimes lead to more severe complications such as intestinal strictures, abscesses, and fistulas, which can be life-threatening. In addition to these GI symptoms, individuals with IBD may also develop extra-intestinal symptoms such as joint pain, eye inflammation, liver problems, skin disorders, and an increased tendency to develop blood clots. On top of all this, people with IBD are also at an increased risk of developing colon cancer (Crohn’s and Colitis Canada, 2016).

My personal experience with IBD has very much been a journey, as I have moved through various stages of how I view my disease and myself as a person having a chronic disease. When I first began developing the symptoms of IBD, it was a rather inconvenient time to be dealing with digestive problems. I had recently returned to North America from doing volunteer work in East Africa for a couple of months and was going to be in the US for the next 10 months assisting with a touring children’s choir from Burundi. Soon after arriving in the US, I became very ill with pneumonia, having both respiratory and abdominal symptoms. After being put on antibiotics to treat pneumonia, the respiratory symptoms soon departed, but the abdominal problems persisted.

The weeks turned into months, and I was still experiencing significant digestive complications.  However, I didn’t think much of it, assuming that it could be from any number of minor cause— such as having picked up a typical pathogen while in Africa, or my body still needing time to readjust to a North American diet. After six months had passed without any relief from my symptoms, I started to worry that it was perhaps something more serious. Around that time I had planned to go home to visit my family for a week, so I went to see my doctor. My doctor decided to have multiple tests run to see if the cause was from some sort of parasite I may have picked up while in Africa. All of the tests came back negative, and I returned to the US to complete the last four months of the choir tour. When I returned home, still experiencing symptoms, I went back to my doctor and he reordered the same tests to be sure there wasn’t a false negative. But again, nothing.

Over the next year, I was referred to multiple doctors and specialists and subjected to various medical tests and procedures in an attempt to determine what was wrong with me. This was a very difficult and frustrating time. I felt as though I was in a liminal sort of stage, seeking answers but not getting any. I would be told by one doctor that they were referring me to someone else because they couldn’t find anything wrong with me, and then have to wait months before actually having an appointment with the specialist.  I would then have to wait at least another month, or two, before I was called back to receive any results from the tests performed, all of which gave me no clarity. I remember thinking to myself, hoping that when I would go to the next doctor they would just tell me I had colon cancer, or any other diagnosis, no matter how terrible, because at least then I would know what was wrong with me.

With each new doctor and each new test, I had the anticipation and desire for answers, only to be disappointed when they didn’t find anything. Not only was this stage marked with frustration and disappointment; I also felt I was losing my dignity. No one wants to have to undergo invasive procedures, but it was traumatizing as a 19-year-old to go to doctor after doctor, be prodded and probed,  receive rectal exams and colonoscopies and a myriad of other demeaning examinations, all to find out they were futile and didn’t bring any solutions.

Finally, about two years after I began having symptoms, I was given the diagnosis of ulcerative colitis. This was the moment I was waiting for: to have a name to put on what was causing me so much pain and suffering. I had expected that with a diagnosis, there would be a cure; an end to what I was going through. But I quickly discovered that with this diagnosis, there came many more questions. I had never heard of ulcerative colitis. I didn’t know what inflammatory bowel disease was. When I asked what the next step was, I was referred to yet another doctor.

Having waited so long for a diagnosis and expecting that it would make everything go away, to find out that IBD was an incurable chronic disease that I likely will have to live with for the rest of my life was the hardest thing to come to terms with.  Initially, I didn’t want to believe or accept it. I went through denial and didn’t want to talk about it. Not with my friends, not with my family. I didn’t even want to think about it. Yet I was reminded of it every day, through constant pain. Through the seemingly endless, often frantic, trips to the toilet, I became faced with a dichotomy. On one hand, I wanted to be seen like any other 21-year-old, capable of doing what anyone else my age does. On the other, I wished people could see me and understand that even though I look okay on the outside, on the inside I am often far from fine.  I had to learn to accept that sometimes I just can’t do all the things I wish I could.

As time went on, I began to realize that ignoring my condition and trying to hide it wasn’t doing anything to help me. I felt alone and isolated, but I gradually found out that, most often, if I’m willing to tell someone what I’m going through, they’re willing to listen. I started opening up more to my family, and it became easier to talk about what challenges I was facing. I became more comfortable sharing with my friends, and I found them to be understanding and supportive. I realized that I didn’t have to go through it alone. Once I accepted that this was a condition that wasn’t going to just go away, I decided that I might as well embrace it and try to make the most of it.

I began to think of my experience with chronic illness as being just part of my life journey; facing significant challenges, the ups and downs, days when I feel like giving up. But I feel that in many ways, I have overcome my disease in that I have chosen not to be defeated by it. This positive perspective has allowed me to appreciate each day as a gift of life, and I am thankful for the aspects of good health that I do have, because things could be so much worse. I have faced many challenges from my disease, but overcoming them has only made me stronger and given me the courage to continue on with my journey. 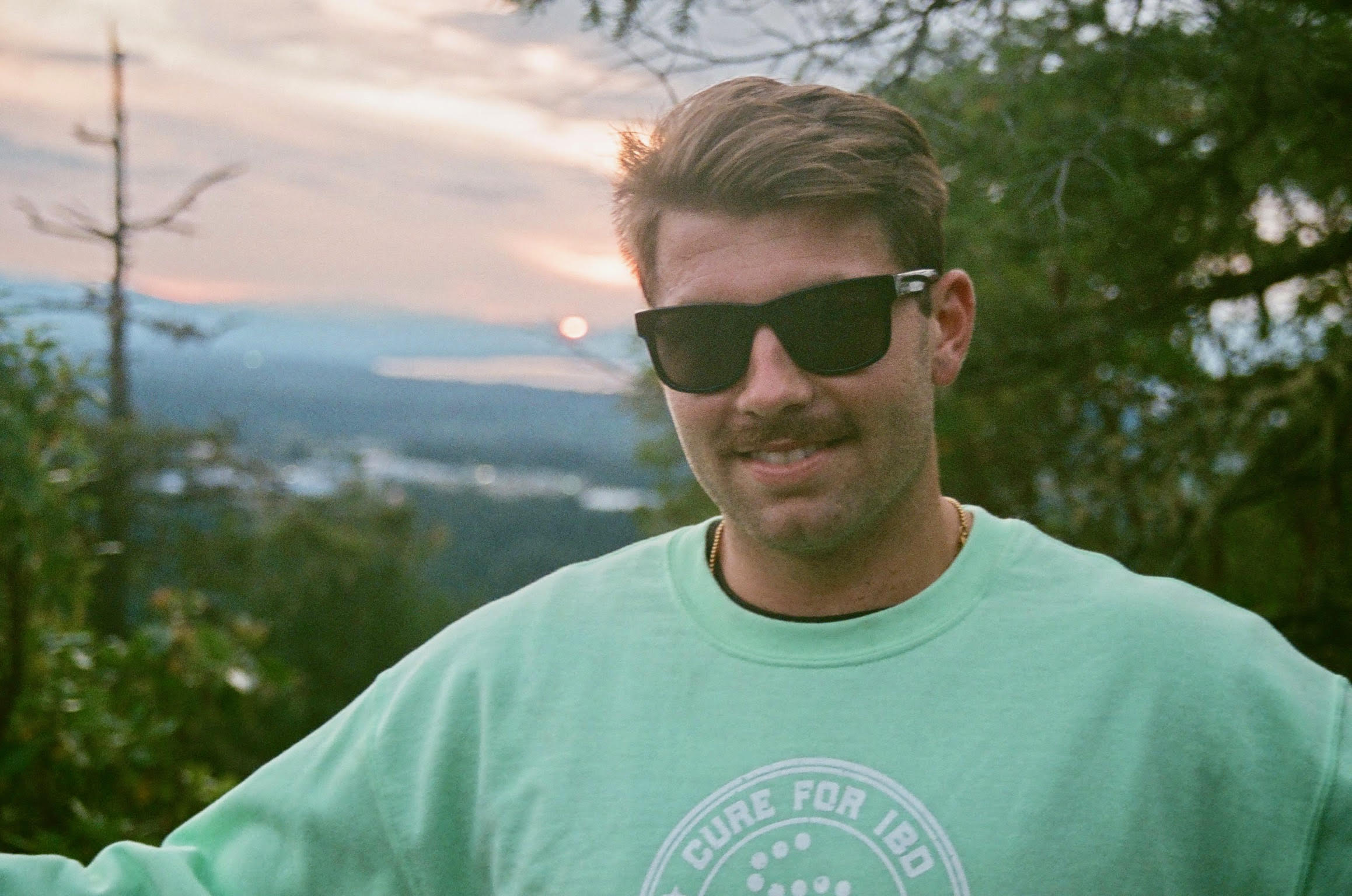