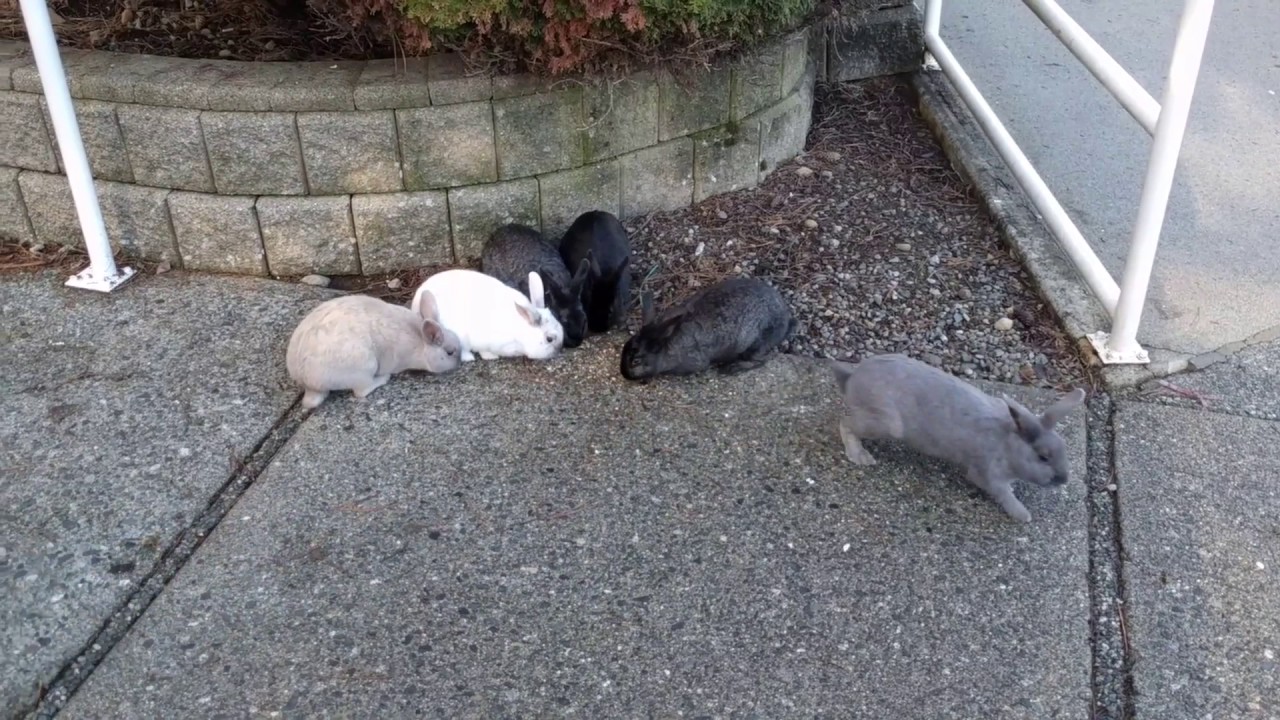 Do you suppose you could love a rodent? I assure you, no you could not. We’re speaking here of mice, rats, gophers, beavers. You know, rodents. Rodentia are not well regarded. Never have been, except for profit. Prairie boys once learned hunting skills by collecting ground squirrel tails for money. Don’t forget, either, this whole damned country was built on fur. Hundreds of millions of dollars have been made off the backs of beaver and muskrat.

So, could you love a lagomorph? Yitch—who could, right? Sounds awful. Only, somebody started calling the damned things bunnies. There isn’t anything better about a rabbit than its rodent cousins. Yet we allow them to overrun this campus on the mistaken assumption that they’re adorable. How did we get to this state of affairs? Let’s resume calling them what they are: lagomorphs. Remember it.

Recently I heard tell of a fancy breed of domestic rabbit called an English Spot. Out, out, I say, damned spot. Hear me, VIU thespians; even Shakespeare didn’t love them.

Here’s another fact—I found it on the Internet. On the Isle of Portland in Dorset, UK, rabbits are believed to be so unlucky that even speaking the name still upsets older residents. As recently as WWII, it’s said a person could empty a pub by throwing open the door and shouting, “Rabbit!” Imagine those patrons tottering for home to retrieve their guns.

Admittedly, the English are known for eccentricity, and this particular peculiarity is restricted to a small island out to sea. Fortunately, elsewhere in the UK, they recognize better purpose for lagomorphs than to put senior gentlemen out of spirits. Such purposeful usage includes pulled rabbit (no hat) and jugged hare. Generations of European chefs have made careers on such delicacies. So why is VIU’s Culinary Program so slow on the uptake? This island has become nationally acknowledged for its local organic and whole food producers. So why not eat them? The rabbits, that is. Free-roaming, grass-fed, wild, homemade, and hormone-free; VIU campuses have all the catchphrases already in place (plus, no need for trucking).

Just imagine, Graphic Design students could create marketing campaigns with clever photos and catchy recipes. Like Hare Krishna for backsliding vegetarians, White Rabbit on a bed of magic mushrooms for old faculty, even thigh of Thumper for students not yet grown up.

Let’s put discovery back into the Discovery Room. Forward-thinking chefs could go beyond Nanaimo bars (so 1960s), protect our alma mater, and save the environment. If it’s dessert you want, Easter bunnies have always been popular. People love biting their ears first. There could be after dinner offerings of THC-infused canna-rabbit (made of chocolate, of course). Patrons could get reassuringly high before viewing a performance at Malaspina Theatre. All in support of rabbit eradication, clap your bunny foot charms.

Why are so few people eating rabbits today? We have a serious over-supply on this campus, as do other Institutions of High Thought on Vancouver Island. Most have biologists-in-training. Not only will they tell you about the famous fecundity of bunnies, but also that they’re quite capable of managing those populations for profit. Their education, research, and good guidance will assuredly apply humane methods to garner the acceptance of those misguided few who presume to love lagomorphs.

I’ve done my best to convince that Big Picture people don’t want bunnies set free; PhDs, the Bard, and you, dear reader. Don’t be a harebrain. Let us continue this conversation at the pub. I’m told the Fox & Hare has good fare.