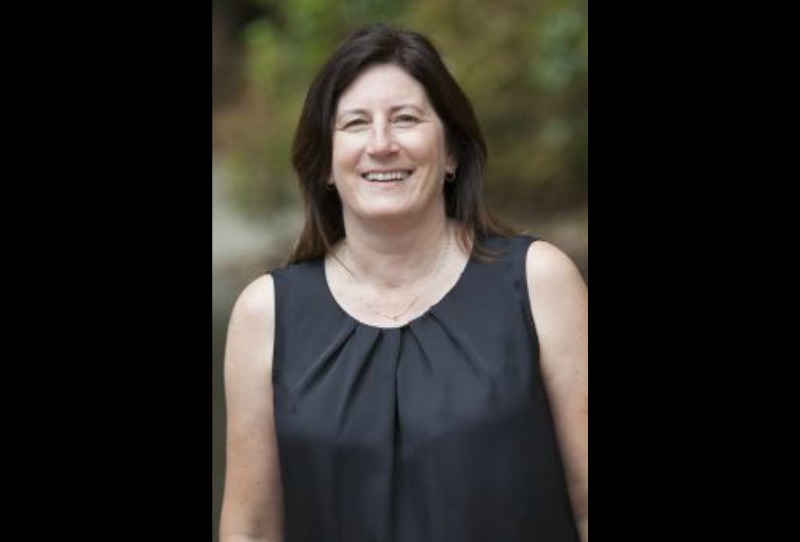 How long have you been associated with VIU Mariner Athletics?

I came here in late November last year, so I’m still relatively new in my role. You know, the season was underway, but I did get a bit of an idea of what it’s like to be a Mariner and the kind of support we have in this community.

What do you expect from athletes wearing the Mariner colours?

Pride. Having pride in wearing the Mariner uniform, it’s an opportunity that not everyone gets, and there [are] always people who want to have that opportunity, but for whatever reason can’t achieve it. So … those who get the honuor should treat it as such, and I expect that they do treat it as such, because it is an honour, and that they represent themselves well because they are representing the community.

When you’re a student athlete you represent all of us. I want always-positive interactions with the Mariners. I think we have a role to play on this campus as leaders on campus, so I expect our Mariners athletes to be out and about on campus and I’d like them to be visible and let people know that they’re a student athlete. Not everybody is comfortable with that role, but the reality is they represent the brand of the Mariners, and they represent the brand of the university.

One of the things that is really important to me, that I want to perhaps change a little bit on campus, is this notion that “We’re all Mariners” and that it’s important to me anyone that comes to school here is a Mariner. There are some people who will be Mariner student-athletes but every single one of us is a Mariner.

How would you say your experiences at Ryerson, in both coaching and overseeing an entire athletic department, shaped the values you brought to VIU?

It was interesting when I first went to Ryerson. The program was not a successful program. I had been blessed with being a part of some great programs working with Hockey Canada, so it was very interesting to be a part of a program that didn’t maybe [have] the pride factor in it. So I’m very proud of the work we did when I was at Ryerson in building pride on campus within our own athletes and coaches, as well as the community around us.

But when I came here to VIU they have had a very successful program, and, you know, pride is a big factor when it comes to being a Mariner, and I think for the most part you would see that across athletics as it plays a role and a function within universities and colleges. But for sure here there is a lot of pride, and for me pride in your university and representing your university, pride in yourself and that you’re going to do your best both on the sporting field but also in the classroom. Our first role here is to help student athletes graduate, learn, experience—and so we play a big role in that, making sure being a student comes before being an athlete.

And I think pride in your community. I preach as well as as trying to bring in more programs this year where we really take a big focus on giving back to our community—so how do we support the community as a university. Not only Nanaimo, but the Island community as a whole.

Often you do see that connection where people who are active and involved in sport will also be active in other ways that might coach younger kids, and they do see that service that they can play to the community. We have a lot of athletes and I think we can play a role in helping this community, so we ask the community to come and support us, to come cheer, and bring that rowdy craziness to our games. Well, how do we give back to that community? That’s the role we’re going to play, and I think we are going to play an even more significant role in the coming years.

How do you help students achieve academic goals?

Sport is our mechanism, if you will. For many athletes­—not all but for some—sport is a link that brings them to university. They may have not chosen to come to university if sport wasn’t that kind of avenue. Because that’s where they excel the most, they may not have the same confidence in the classroom that they have on the playing field.

Often you have a lot of peer support to make sure you are getting through courses. We don’t want people to hide how they’re doing, we want to celebrate how we’re doing in school, and be okay saying “I’m a little bit struggling and I need some help,” so we try and make sure we are monitoring where our athletes are at. And we give this community approach, that I hope we can do more of in the future, where we can set up more peer support maybe from team to team. Often you get your support from within your team but there’s people who might be in the science program on the volleyball team who might be able to help someone in the science program on the soccer team.

One of my great dreams is to have study hall time. It’s something not all schools do. I was part of it at Ryerson, and I hope that we can bring it here, but that obviously has requirements including the costs and space. But it’s an incredible opportunity when you can give students that time to come together. Often we talk about how you schedule your time. They’re going on long road trips, one of the longest road trips we go on is to Cranbrook, and you can imagine we leave on Thursday, you miss some course work, now you have to make that time up, and that classwork up. When you’re a student athlete you don’t have a huge life outside of going to school, doing your homework, practicing, and games. Your personal life is pretty small and it’s a commitment, it’s that commitment to the university and to your teammates.

How can someone who is not athletically-inclined get involved with the Mariner program?

I would say there’s lots of ways. The most obvious is you could always come out and cheer on. You don’t have to know the sport intimately or love it. You could just come out and bring five friends and get a hot dog and a drink and cheer on your team. The reality is we need supporters everywhere on campus. I want to see more people wearing more Mariner gear, again looking to build upon that pride. There is a kind of community I want to build on campus. You don’t have to love sports to be a Mariner: support the institution.

Also, we always need volunteers for all kinds of things. Again you don’t have to be interested in sport, I need people that are good with social media, volunteering, and might want to get something to put on their resume. I need people who understand business; there are always areas that people think they have to understand sports to get. There’s so many things if you love community work and you want to engage with the community, come drop by because it’s not all about sport what we do here. Our doors are open. There’s always a way to get involved and support the team.