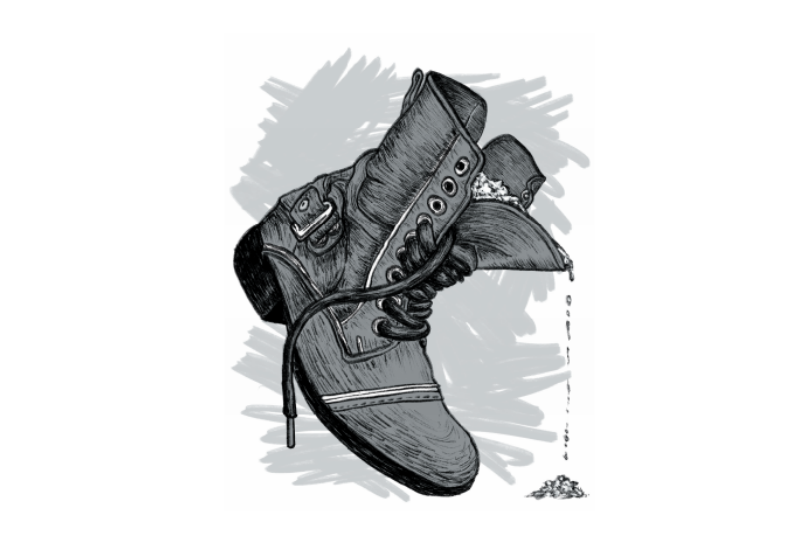 Just east of Victoria lies a long-forgotten town. At first glance, it looks as though it was never more than a few shanties and a log hotel. Along with mining and logging operations, the years have left their mark and changed the countryside to conceal the ruins. If you look closer, though, you will find building foundations overgrown with thistle, and a population of leaves, branches, and fir trees. Little of the clearing’s surroundings indicate that Leechtown once thrived, and there are no signs to point to the thousands of dollars’ worth of gold buried just below the surface.

When we think of British Columbia’s history, 1907 often rings bells as the year that Vancouver had its Anti-Oriental Race Riot. Or, perhaps you’ve heard of the notorious captains who stole drunks—the inebriated men would wake hundreds of leagues out to sea with no way to get home, forced into the life of a sailor. If you’re from the Island, you may have been lucky enough to hear of the $40k gold cache hidden in an old boot somewhere in Leechtown.

The cache in question belonged to one Mr. Richard Barter, a man who buried his treasure in a boot in the Leechtown gold camp. Before his time on the Island, Quebec-born Barter (known as “Rattlesnake Dick”) first tried his hand at mining, but quickly turned to the outlaw ways of stagecoach robbery.

In California, just as Vancouver Island was finding its gold, a Wells-Fargo stagecoach was held up by bandits: Rattlesnake Dick and his posse. The bandits made off with $80k worth of gold dust, and split it between themselves. Living the hectic days of a frontier outlaw meant life was often cut short. Most of the bandits later died in a gunfight, except Rattlesnake Dick—who was detained after trying to steal a mule and arrived late to the showdown.

Poor old Rattlesnake and his terrible timing. One would argue he wasn’t that good of an outlaw, but he made off with most of the Wells-Fargo loot. He also had the sense not to sell it in California, where the banks would have heard about his gangster ways. He headed off to Vancouver Island to try his “luck” at gold panning.

He thought that he might slowly siphon the funds from the underground burial of his California cache, disguising it as gold nuggets panned from Leech River, thus hiding his thievery. At the time the river, near Deception Gulch and Galloping Goose Trail, attracted hundreds of hopeful miners, all thinking that Vancouver Island might be the next Klondike.

Barter set up camp along the river, away from his fortunes, and spent his nights in town drinking. It wasn’t long until his nefarious ways caught up to him. After a lifetime of slipping custody, a United States marshal forced him back to California to serve his sentences in prison. Without the fresh, open air Barter fell ill, and his incarceration cost him his life.

Here’s the kicker. Before he passed, Barter reportedly whispered to the prison warden the location of his cache: buried in a “knee-high leather boot covered with an inverted frying pan, the bottom of which was less than 18 inches below the surface.” After Barter’s death, the prison warden took some time off work to enjoy the natural beauty of Vancouver Island. He hunted for over a week, but left without Barter’s gold.

The preservation of Leechtown’s history is archived online; it is, after all, considered one of the Island’s many ghost towns, although the documents are very hush-hush about the hidden wealth. It is reported in the archives that after only four months of prospecting the city boomed. “Six general stores, three hotels, and over 1,200 miners,” and most importantly, ‘no fewer than 30’ saloons

This explains then, not only Barter’s difficulty with the law but the prison warden’s loose lips. It wasn’t long after his week-long search for the boot that the people in town knew of the business and other treasure seekers tried their hand at the hunt.

As you can imagine, conspiracy theories started at once, and today rumours are still circulated. Old conversations were brought up, yards were measured, tracks retraced. Despite all attempts, then and now, Barter’s boot was never found. Some skeptics believe it to be in California.  Some believe that the prison warden did find it—or some of Barter’s old cronies. Some, like me, believe it is still out there. Maybe I just want to be the one to find a 100-year-old boot filled with gold. 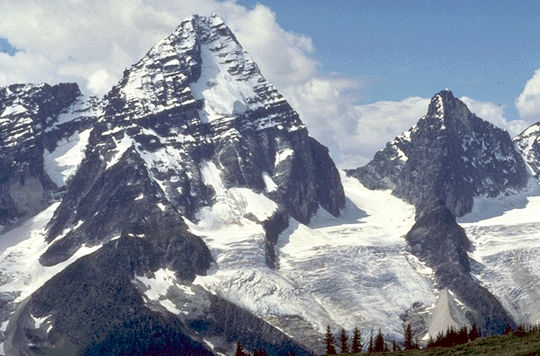