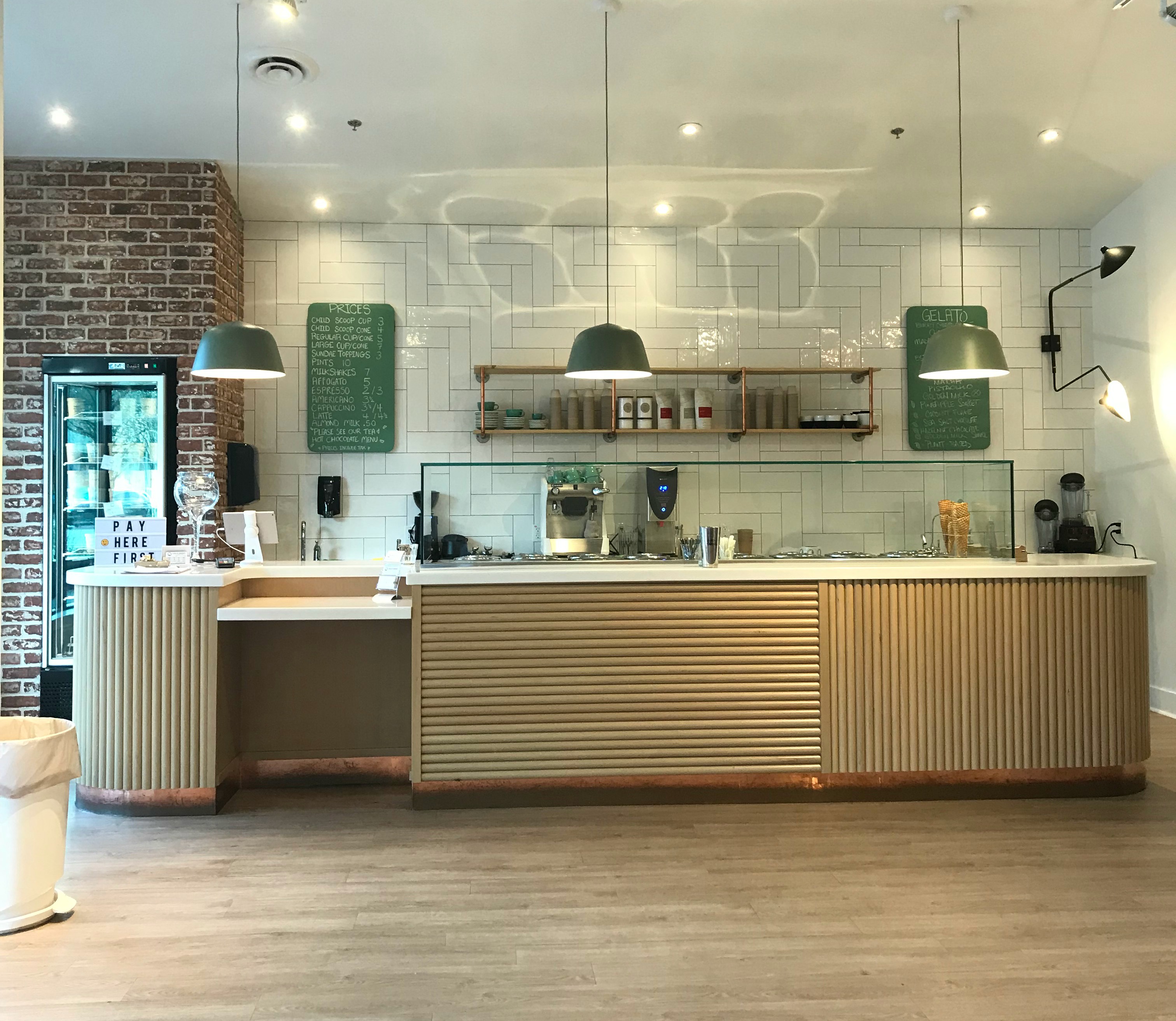 Upon first glance, Cold Front Gelato, located at 306-60 Commercial Street, is like many of the other shops in the area: cool, funky, and smelling amazing. In some ways, such as their insistence to stay loyal to the local community, they are the same. From the outside, the shop looks Scandinavian in style, with its white tiling, wood paneling, and detailing of soft green light fixtures.

The metallic gleam of the 16 gelatos on display and the polished espresso machine reflect the immaculate creation of the gelateria’s products. Made fresh every day in small batches, the gelato and the shop are nothing short of a dream.

“My goal was always to create a special experience, something that would really stand out for people,” said Sunny Parson, owner of Cold Front Gelato. “Gelato is about bringing people together.”

Parsons, who grew up on the island, attended the University of British Columbia. After graduating she went on to teach at an international school in Hong Kong, fulfilling her love of travel by teaching in the Canadian program. It was during her time in Asia that Parsons fell in love with gelato—and from there on, the two were inseparable.

“I always loved ice cream, but the places we were traveling at the time had gelato and for me, it had everything I loved. You felt like you could eat it every day and you can indulge easy. It had the beautiful fresh fruit flavours, it had the light creaminess. I loved the consistency of it. My husband and I, wherever we went, ate tons of gelato. And I just became obsessed with making it at home.”

Parsons, who has a sensitivity to dairy, found that the dietary restrictions to having gelato every day meant she was on the hunt for the perfectly balanced dairy-free gelato recipe. “I became obsessed with making dairy-free gelato at home. I wasn’t going to quit until it tasted just as good as anything that had dairy.”

Then came a shocking discovery: a school in Bologna, Italy that teaches the art of gelato-making. “I immediately asked my husband if we could go. After that, conversations began about doing it professionally. The more I did the more I loved, and the more I learned about gelato the more I knew it was for me.”

The Gelato University in Italy offered an extensive four-stage curriculum to become a gelatiere. First, a week-long basic course that teaches the knowledge of artisan gelato, with a focus in understanding ingredients, production methods, and retail strategies. The first lesson, Gelato: what is it and how does it differ from sorbets and ice creams?

Here’s a crash course. They’re similar products, but quite distinct. Gelato is the creamier, smoother, silkier cousin to ice cream and contains less air and less fat which helps those bright flavours to emerge.

The second week-long stage, the intermediate course, is about personalization; something that has led Parsons to adopt an uncommon twist.

“I’m currently working on a Black Sesame recipe that is just me missing some popular flavours from Asia. I lived in Hong Kong and I’ve lived in Japan and Taiwan, so some of my travelling experiences led me to miss those tastes and want to bring them to Nanaimo. My life in Asia brings a unique twist. I haven’t made an ouzo yet, but when I can get my hands on some fresh ouzo I will.”

The last week of classroom work in the advanced course is the fun stuff: creating a stylized menu. Menus include traditional flavours like hazelnut, chocolate, and stracciatella, but still appeal to more exotic tastes: maccha, pineapple, and espresso.

“The menu is a little erratic and that has, in part, to do with my survival in the first year. Part of the menu is the flavours customers will be really disappointed if I change, so. But I also try to leave enough room to see what’s in stores, locally, and what’s in season at the market. The other ones are just random moments of inspiration.”

The final stage of the Gelato University is a week-long apprenticeship to hone and finesse the subtle and exact art of the gelato. “Actually,” Parson said, “that final week I brought here. So, a chef came from Italy and I did it right here, hands-on, in my shop so that everything could be catered to what I wanted to do here, locally.”

“When you’ve been through the program you know how to write the recipes, but she was here to help me establish routines, work the machines, get the most out of them. There were so many tips that she was able to teach as we developed our menu. Honestly, as I was finishing my menu, I just wanted a professional Italian gelateria stamp of approval that said: ‘Yes, this gelato is great.’ I wanted to respect the skills and the levels of Italy and I wanted to bring it here,” Parson said.

In the centre of the shop, just behind the addition of a brick wall with French doors, is where Parsons works to put her experience to the taste. With stainless steel appliances and more white tiling, the kitchen looks nothing short of fresh; fitting for what is produced. The patio doors offer a peek into the process, and a window around the corner shows a similar view.

“Everything is from scratch,” Parson said. “The only comprisable element is in extracts, and even then, they very often work with fresh vanilla bean.”

Parsons has taken the authentic Italian gelato and made it local, made it Nanaimoian.

“Buying the best quality chocolates, making your own sauces and making your own purees. Poaching your own fruit. Those are the things that differentiate. You can choose to make everything from scratch. It’s far more time-consuming, but far more rewarding.”

Parsons has been to most farms in central Vancouver Island and has incorporated only local ingredients into the recipes. A few berries from Farmship Growers turn the lemon gelato bright pink; a fair-trade tea company from Vancouver steeps the flavouring for the London Fog.

“We consume a ton of local produce. It’s one of my favourite parts. It allows me to go and see where my food is growing, and that transparency is amazing. I love that my livelihood could be supporting someone else’s because I know how hard it is to have a small business,” Parsons said. “It’s small business helping each other out. And that’s a great feeling.”

It’s an experience for consumer taste-buds surely, but the creation is an experience for Parsons and her family as well. “When I drove to get the cranberries and I saw Yellow Point Cranberry Farms—so beautiful. Or, when I went to McNabs to pick the pumpkins. I picked them on a date with my daughter, we went through the maze and we got on the little truck and we picked pumpkins together. And that became our gelato. That also creates a story and an experience for me, and it makes the food even more special.”

“You really get a sense of community working here. I’m getting to know some of my customers personally and I love that. That is the Island way.” 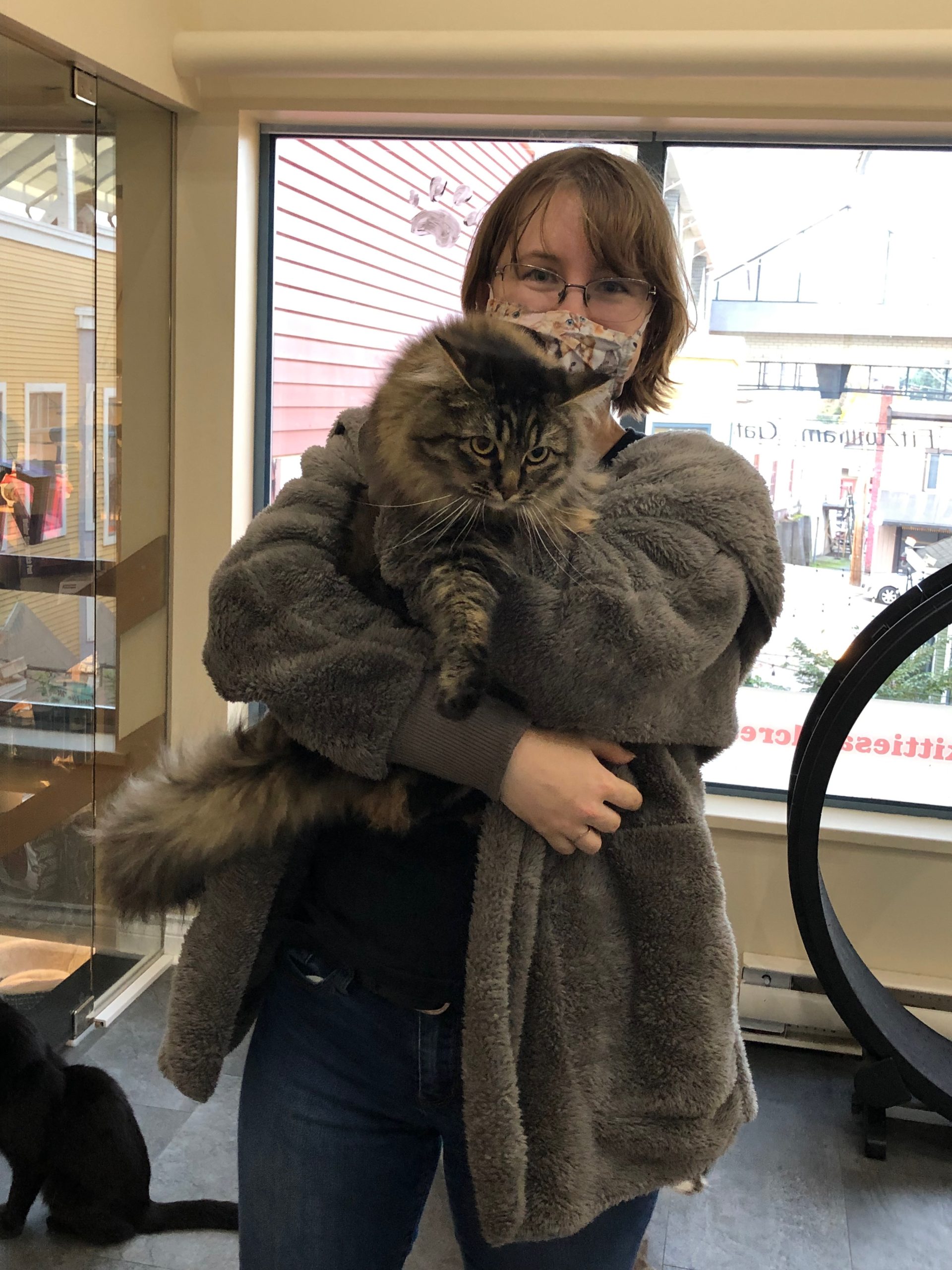 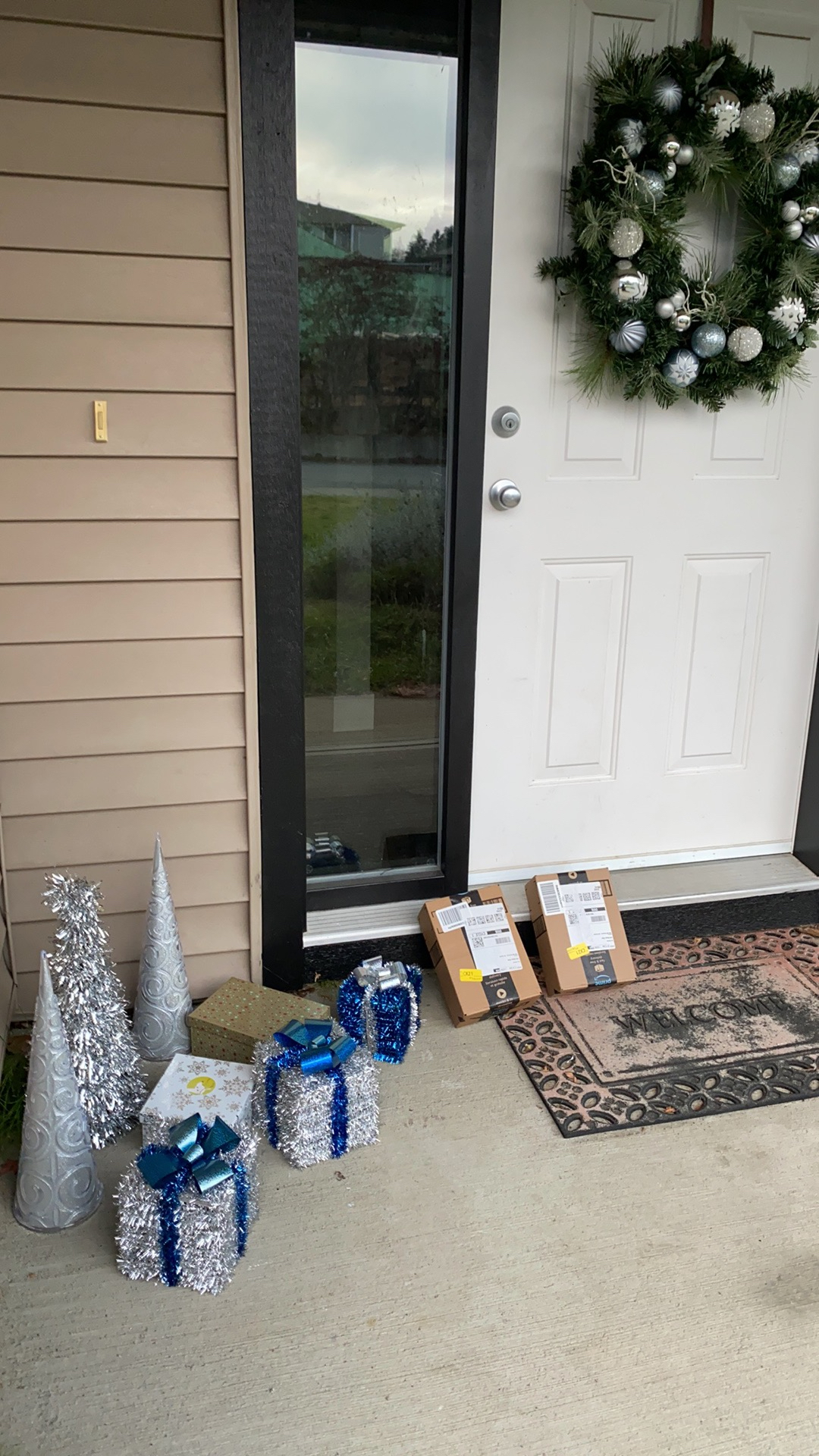 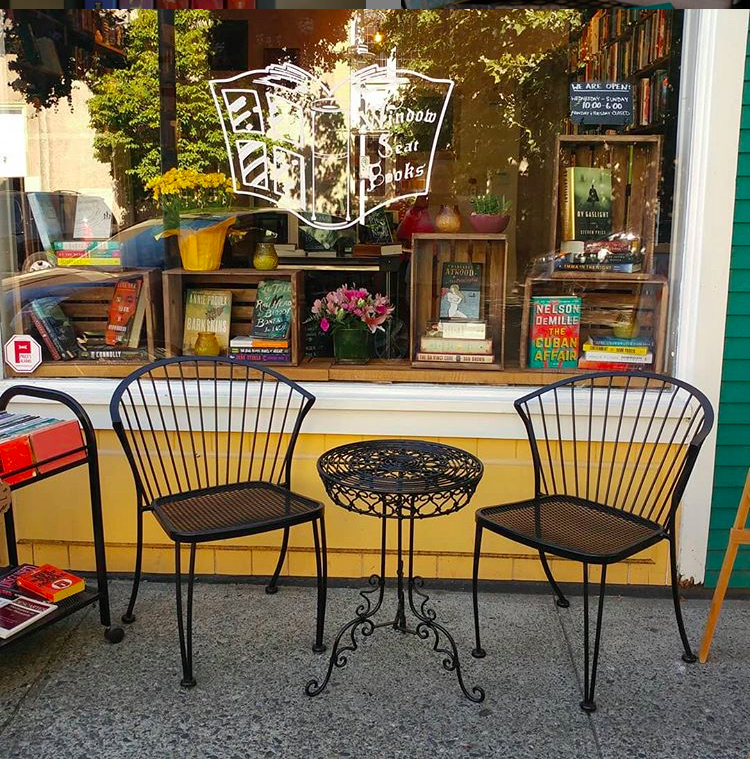 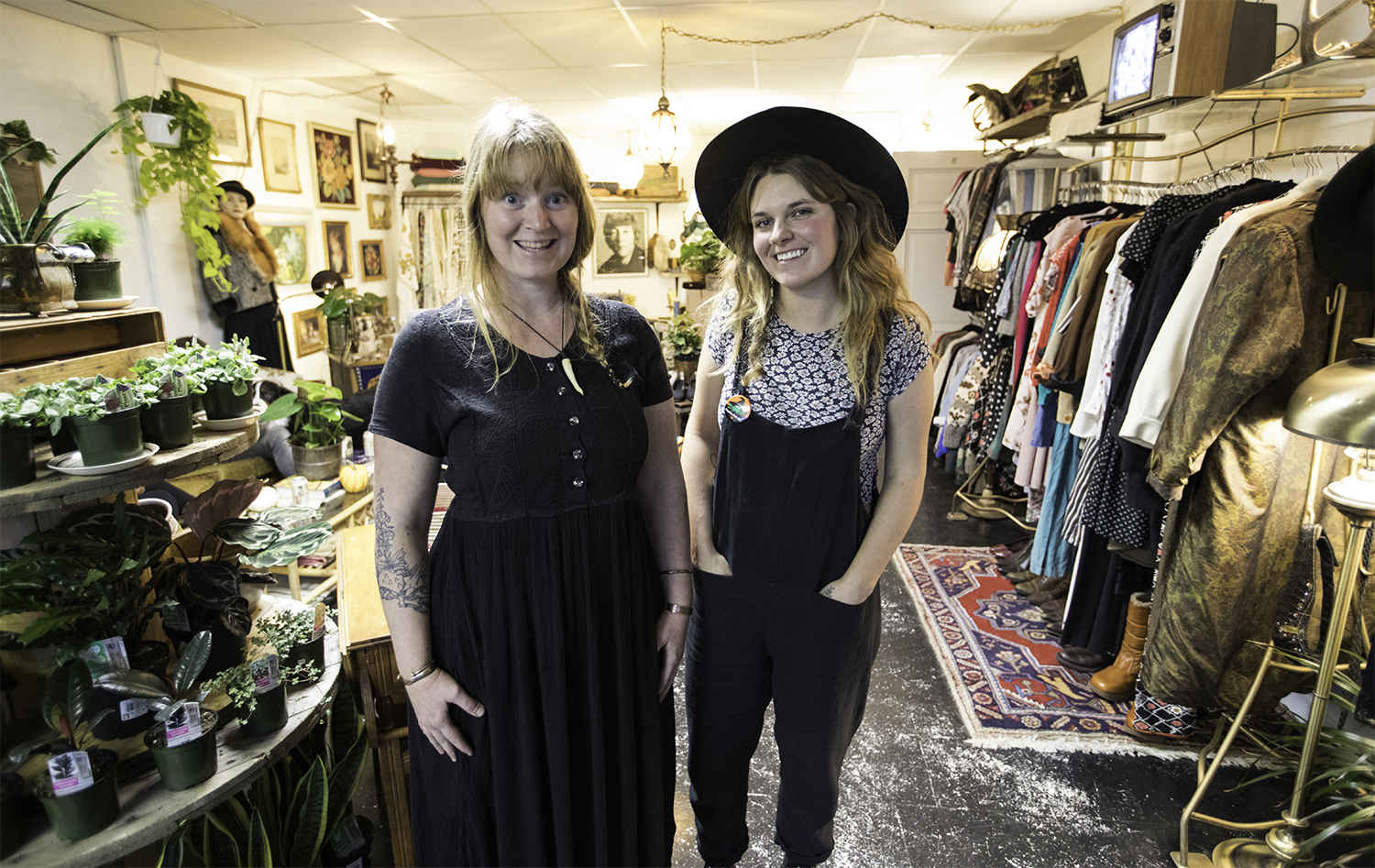 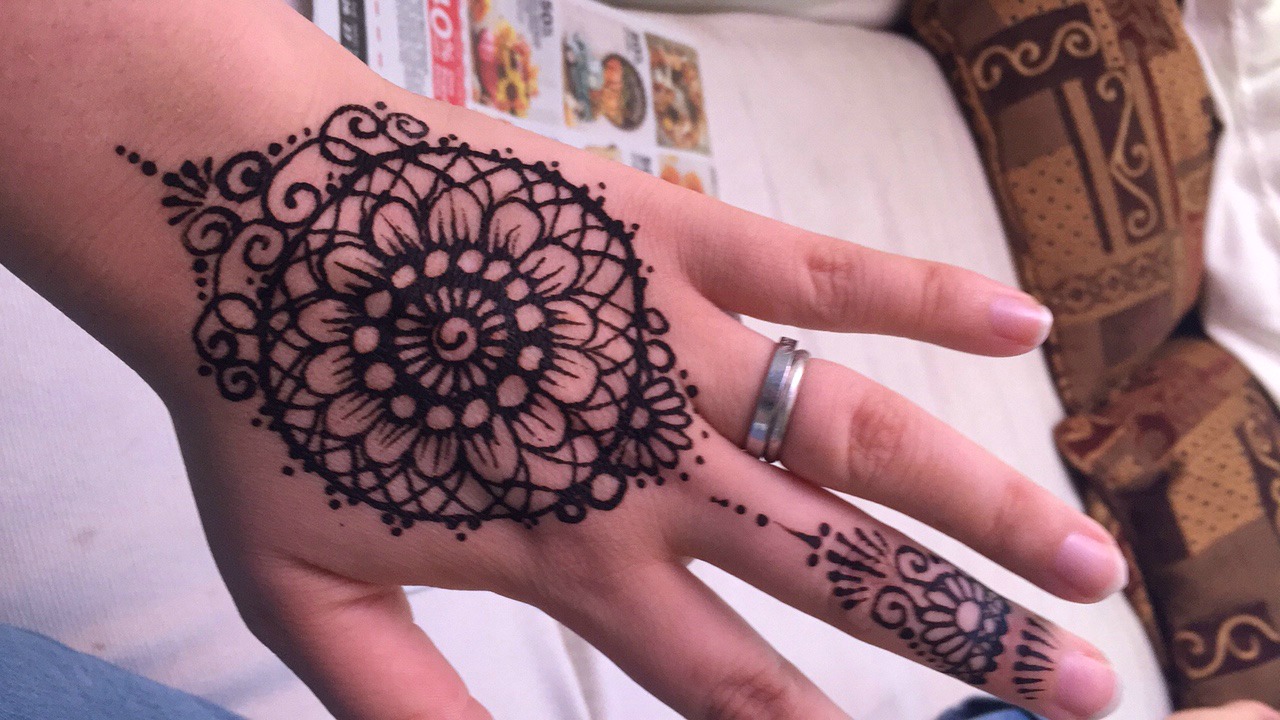