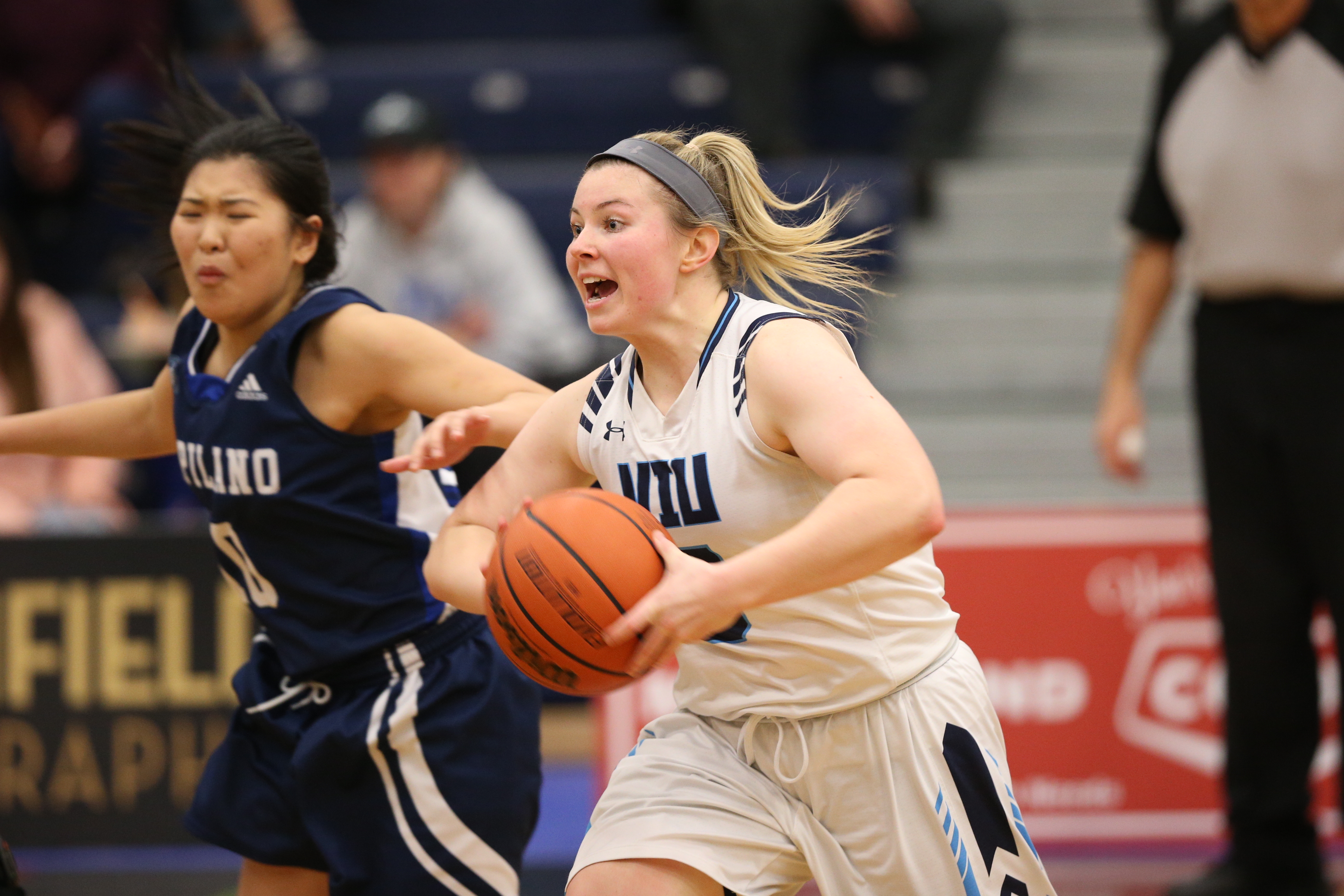 Playing in her final season at VIU guard Emma Platner has a lot to be proud of. Throughout her five-year career, coaches and teammates have relied on her leadership both on and off the court. She took time to chat with the Nav about the team’s preparation for the upcoming provincials, and personal takeaways from such a remarkable university basketball career.

Thoughts on the team’s performance in the 2018 Pacwest tournament:

We worked so hard all season; maybe the results are disappointing, but I’m not disappointed with the effort that our team gave during the tournament. We were one point away from a gold medal match. Everything we worked for during the regular season paid off and showed. At the end we were right there, unfortunately a couple of plays here and there didn’t go our way. But I’m still so proud of this team, and looking forward to what’s in store for next season.

The first season with Tony was amazing. He is one of the best coaches I’ve ever had. He cares so much about this program, and this team. As a team we bought into his philosophies. Our mentality was ‘trust the process,’ you know at the beginning of the season we weren’t really sure what was going to happen, but we worked our butts off at practice, and we gave it our all.

In what area did you see the most improvement from the team?

I would say the area we improved upon the most was our defense. Towards the end of the season I think it became our biggest asset, and it was really hard for a team to score against us in the half-court.

Standout moments from the 2018 season:

One of the games that stands out was that first game against Douglas at home. There was this sense of intensity, everyone was totally locked into that game. We had that same kind of intensity and level of focus in the loss to Capilano in the tournament. The Cap game was by far the most fun game I’ve ever played in, everyone on our team was able to contribute. It was very fun to watch girls stepping up and everyone giving it their all. The whole season was such an adventure, I moved here from Oregon, and I essentially was adopted into a family. The team welcomed me with open arms.