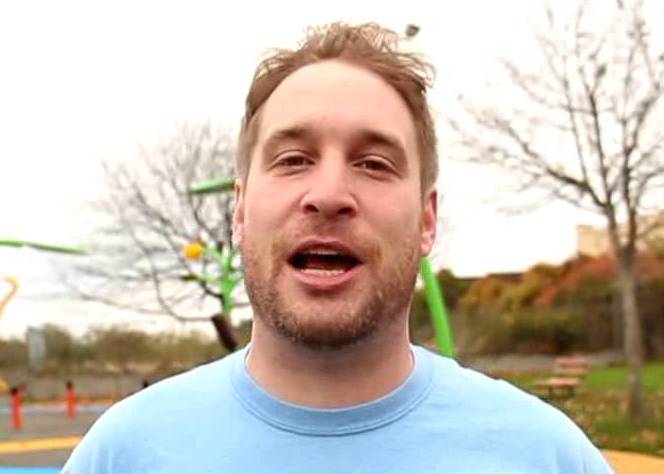 How long have you been calling Mariners Games?

How would you describe Mariners culture?

I think what the culture has done is developed a culture of winning, but I think also as a culture of developing really outstanding human beings.

I’ve never had to go through the rigors of training as well as doing studies and that sort of stuff, but I’m forever in awe of the students who do that and contribute both academically and through sports teams. I mean you’re not always going to win, just as you’re not always going to get an A in class. But what the culture of the Mariners sets up [is] that expectation, of aiming towards that and also an expectation of teamwork too. I think in all the years I’ve been calling games, very rarely have I seen any selfish teams, they’ve always been really selfless teams and that’s what contributed in large part to the program being the top program in the province over the last 10 years.

It’s such a laid back school overall, I don’t think you see as much school pride as you might at other institutions, but I think it’s growing and athletics is a big part of that. If you’re an athlete coming into the program and you see those banners on the wall, and you learn from these conference[s], and national winning champion coaches, there’s a lot of pride to be had there. And I think you reflect that back onto your community and that can be a powerful thing.

Do you see Mariners athletes as role models in the community?

There are so many more clinics being done for young athletes, and I love the idea of getting the kids into the VIU gym. Get them dreaming, thinking I could be a Mariner one day. I think the teams do a really good job of that. Basically develop dreams for kids in Nanaimo and elsewhere.

How does the community play a part in the Mariners success?

As the announcer you always want to see the gym full and it makes your job a lot easier when the crowd can make more noise than me. But I think a lot of it is we just have to get community members in the gym and once you see that volleyball game, you see that basketball game, you get it. This is a really high level of athletics, and again these are students. They are not getting paid to do this and they’re giving it their all. And I think community members that do come out and get it, they’re fans for life. I’d like to think that the Mariners program is a great source of pride here in Nanaimo.

Is there anything in particular that makes Mariners fans unique?

They really know how to recognize a good rivalry. The Island rivalry against Camosun, which I think is one of the best rivalries in the league, you really see the fans come out for that. What I’ve noticed too is when you get into championships and tournaments, man do the fans ever stand up. I think about for instance when we hosted recently the CCAA women’s national basketball championships. VIU lost to a very strong Holland college team. It was a loss that felt like a win because the team played so well, and because the crowd support was there. I’ve been to women’s World Cup games in Vancouver, I’ve been to Canucks games, I’ve been to BC Lions games, and I’ve never been in a louder sports facility than when VIU’s women’s volleyball team won nationals on home court.

I really appreciate when I see athletes from other teams support other teams. I think that speaks volumes about the athletics and the varsity sports community here at VIU. They get the rigor of the studying, late practices, early practices, and the workouts, and by supporting them on the field they share in their success as well.

Are there ways for a student who is non-athletic or not inclined towards sports to still actively support the Mariners program?

Even if you don’t [play] the sport very well, the level of competition is very entertaining. Students get in for free so there is no cost, it’s one of the few places to get food late [at] night on campus. You want to go downtown on the weekend? Come down to the game from 6 – 10, the head down to the bar go dancing after, just make it part of a full night. I think it feels good to support something on campus, and make it part of your student experience.

Is there anything you think the athletes/and/or university could do to continue and grow the Mariners program?

The program honestly in a lot of ways just needs to keep doing what it’s doing. You have to take care of the quality product on the court and the field first, and I think we’ve done that. Now I think it’s just a matter of saying to your friends “check it out.”