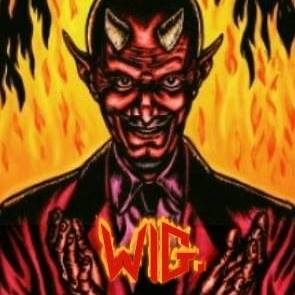 Thematically, the show will be a unique interpretation of Dante’s Inferno, paying homage to the 14th century literary classic with WIG’s distinctive brand of dance, theatre, musical narrative, and of course—divine comedy.

The audience will follow Dante, played by WIG performer L’Empress, as she embarks on a journey down into the frightening, but fabulous, depths of hell. In her purgatorial pursuit, Dante will be met by the Seven Deadly Queens—each one accompanied by a performance representing Inferno’s infamous deadly sins.

WIG co-founder and performer Gabriel Vill says that each Deadly Queen presents a distinctive challenge for Dante, teasing the audience through a carefully crafted story with an abundance of surprises.

“Each demon comes at Dante in waves, and each wave advances on her with increasing intensity. The more demons she conquers, the more difficult her trials become: whether it’s the number of performers, their skill level, or their elements on stage,” Vill says. “The Deadly Queens are seducing Dante to keep her stuck inside temptation.”

Complete with sass, class, and undeniable charisma, Vill’s drag persona Divine Intervention has become a recognizable fixture in Nanaimo’s entertainment community. In Seven Deadly Sins, she will be making an appearance as the Deadly Queen of Gluttony. “I’ll be bribing Dante with pleasure, comfort, and security. She’s going to be forced to eat her feelings, right on stage,” Vill says.

The night’s provocative performances will have the potential to awaken anyone’s bestial appetite, and members of WIG plan to encourage audience participation between sets. “We usually work organically with the energy of the room; all while keeping the interactions within the show’s theme,” Vill said. “This show will have improvised comedy, games, and prizes.”

The show is sponsored by both Lucid and Lovewinx—so anyone in attendance has a chance at winning some seriously sexy swag.

As Nanaimo’s only “House of Drag,” WIG have been leaving their lipstick smears across local stages for over a year now, and been met with wild enthusiasm from audiences and venues alike.

Kathryn Burgess, better known in the drag community as the dazzling “hyper-queen” DevaDassi, notes that Evolve Nightclub has always been an especially accommodating host to the diverse crowds drawn to WIG events.

“All the staff have had sensitivity training, and they’ve hosted a lot of Pride events. They’re always open, understanding, and know how to look after queer people. It’s a great environment and a safe space,” Burgess says. DevaDassi will be also be appearing in the show, demanding Dante’s attention as the Deadly Queen of Lust.

In what promises to be a memorable night filled with lipstick, lamentation, demons, and debauchery, Seven Deadly Sins is a show you definitely won’t want to sit-out at home—stuck in the limbo of your living room. If nothing else, Divine Intervention guarantees a great time to anyone coming out, no matter what their persuasion may be:

“This is a perfect excuse to have some fun; whether you’re queer, curious about cross-dressing and drag, or just want to get some drinks on and dance.”