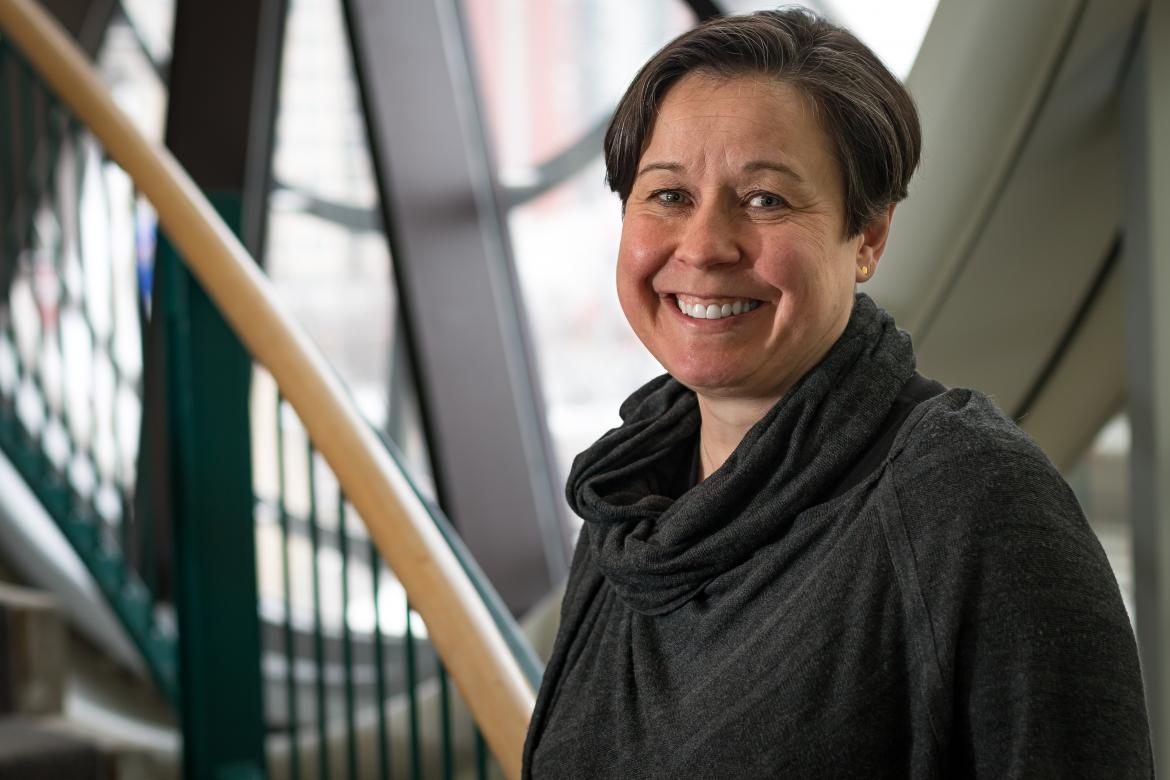 March started off with VIU announcing Dr. Deborah Saucier as the university’s next president and vice-chancellor. She will join VIU for a five-year term starting July 4, 2019. Saucier was most recently the president of MacEwan University, taking on the position in 2017.

VIU held an international search for the next president, tapping into internal and external communities of the university. Saucier was recommended by a collection of students, faculty, and staff that made up a Presidential Search Advisory Committee. For Saucier, VIU’s commitment to quality teaching, student success, and a healthy workplace were what drew her to the university.

This will not be the first time Saucier has called Vancouver Island home. Saucier graduated from the University of Victoria with a BA and MSc in psychology. She went on to get her Ph.D. in psychology from Western University in London, Ontario, where she also later completed a postdoctoral fellowship in neuropsychology.

Saucier spoke with The Nav over the phone about her new position.

You started your introduction video off with greetings in Michif. How important is it to you to bring light to the Métis culture and that aspect of yourself?

Very important. I’m very proud to be a Métis person and I’m very proud of the culture that we have. And the fact that it’s starting to gain prominence is something that’s really pleasing to me. The Daniels decision of making us a federally designated group with federal responsibilities I think further gives highlights to the fact that Métis people are Indigenous Canadians. Or at least Indigenous Peoples of Canada. And it’s just a huge part of my identity and who I am.

What I can say is that I think my job is to be listener-in-chief. My job is to listen to people and try and understand ways we can work together to get people what they need to be successful. So, I believe very much that my job is to serve, that I was given my talents in the service of others. And so my job is to use those talents to actually serve.

I guess the other thing I would say, though, is I believe in having fun at work. And one of the things I think my team would tell you is that we laugh a lot at work because we are truly engaged and enjoying what we do. Sometimes you have to laugh or you cry, but to find joy in what you do is so important to me.

Well, you know, I think STEM is a really interesting thing. If you look me up, I’ve given at least two talks on the importance of Humanities as well. So I actually believe in STEAM, to be honest, so adding Arts to STEM. Because I think it’s absolutely critical we encourage everyone to participate in all fields of their interest. However, one of the things I do recognize is that there are structural barriers to women pursuing careers in STEM. And that those barriers often happen at elementary school or high school. So, young women select themselves out of those things, even though they might be good at them, very early. Far before they ever come to university. So, I think one of the things that we need to do, in working with the local school districts, is to try and use our talents as a university to reach out and try and encourage people into following their paths and not be bound by gender norms or gender dictates of what you should do versus what you want to do and what you’re good at. And that goes for both young men and young women in elementary and high school. You know, trying to encourage young men to actually follow their dreams as well into atypical professions.

What is something you hope to see flourish during your time at VIU?

You know, that’s a little hard to say, ’cause I’m not here yet. And I have to say, I am just thrilled with the legacy President Nilson is leaving me. And I hope to steward that legacy well. However, I guess one of the things I think that we could do even more of, and that there are really great opportunities for, is to actually work more closely with the First Nations in the mid-island and coastal area to ensure that we are meeting the needs of their learners so that they can also experience the kinds of transformation education can bring.

Even though you’re originally from Saskatoon, you call Vancouver Island home. What makes it home for you?

I would say the following; and that is that ever since I was a very small child, two or three, we’ve been coming to Vancouver Island because, at the time, my great aunts and my grandparents lived here. And before that my great-grandparents lived here. And so this has always been the place we retreat to. As well, I went to high school in Metchosin, down on the south end of the island. And I went to UVic for my bachelors and my master’s degree. So I have a long history here, and when we moved here my daughter will be a fifth-generation Islander.

What’s the one place on island you’re excited to be able to visit again now that you’ll be back?

I have to say, we’re on the road to Tofino right now, and to visit friends in Port Alberni. But I guess one of the special places I think about are places like Rathtrevor—one of my favourite beaches. One of my favourite places to go swimming, down by Duncan, is Bright Angel Park. Just showing my family all my favourite swimming holes and hiking areas from when—my daughter’s 10, she’ll be 11 in a week and change—but just showing her all my favourite places that I had when I was that age. Just looking forward to showing them all the places that we’ve never had an opportunity to go to.

The one thing I would say is that I’m just so thrilled and humbled by this opportunity. It is a dream come true to be able to serve the people of VIU, the midland, and coastal areas, and I’m thankful for the trust you’ve put in me in allowing me to have this position.