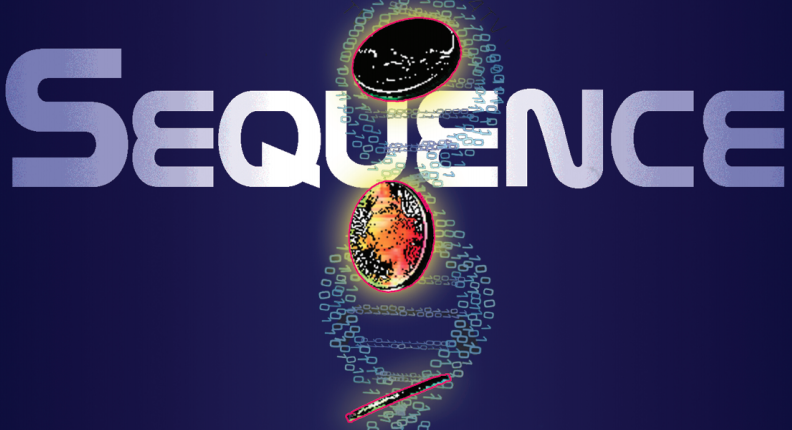 “It’s not your typical straight-up storyline, identifiable-characters type of play,” Director Brian March said. “It’s a play about big ideas. Each of the four characters really represents something that relates to how we think about the universe—how the universe started.”

March said in one of the story threads that there is a genetic scientist who doesn’t believe God created the world, but he has a student who has a very strong faith. The student is in a wheelchair and believes God can pull him out of that wheelchair.

“On the other side, we have the luckiest guy in the world, with a woman who doesn’t believe in luck, but is desperate, desperate to get a piece of that luck because of her own personal situation,” March said. March added that the stories happen simultaneously.

In one of the storylines, Theo (played by Neil Gallagher) meets Cynthia (played by Nicole Potvin) and Theo’s luck is tested by reason. Gallagher said that his character Theo seeks “love, happiness, and just to be normal.”

“He’s living a life where he has no human connections. Every time he tries to interact with somebody, they want him to give them his luck,” Gallagher said. “They want money, fame, and fortune, so there’s no actual connections with anybody.”

Potvin said that her character Cynthia is a woman of reason, science, and math, who wants to figure out if Theo is the luckiest man in the world.

“I want to disprove his luck because the scientific part of my mind says, ‘that can’t be,’” Potvin said. “But I also want his luck to be real because part of me, the more human, vulnerable side of me, needs it to be real.”

“It’s a brilliant play in that everything ties together somewhat, but at the same time you’re going to leave the theatre thinking about the concepts and ideas they’ve talked about, as well as the characters themselves in this situation,” March said.