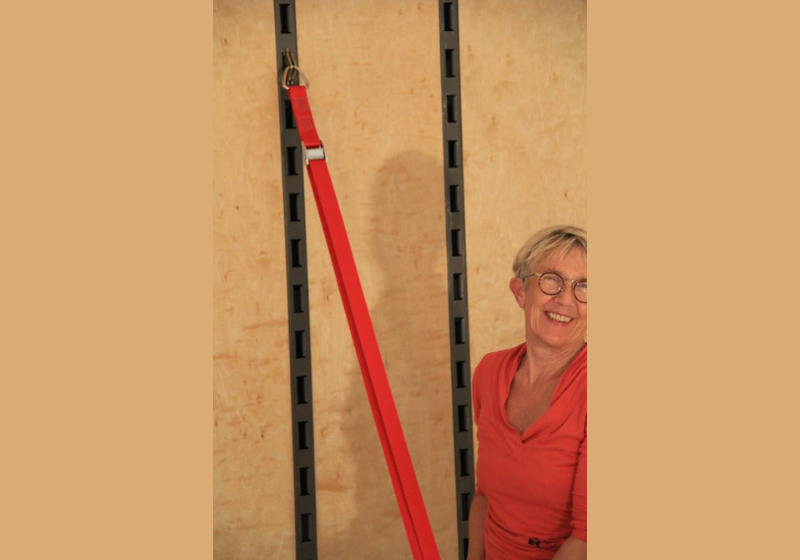 Nestled in Wesley Square of the Old City Quarter is Bend Over Backwards, a yoga studio run by Kelly Murphy. Bend Over Backwards is a fair-sized studio, with cork board flooring, a treasure trove of yoga props, and in place of the usual wall-length mirrors, a “rope wall” with adjustable straps that help yogis achieve advanced poses.

Classes at Bend Over Backwards are taught in the Iyengar tradition. Iyengar yoga is named after the late yoga master and scholar, B.K.S. Iyengar. Iyengar has published several books, including The Path to Holistic Health, The Tree of Yoga, Core of the Yoga Sutras, and several others. Iyengar Yoga focuses on the use of props to help practitioners through yoga postures with less strain on the body. The style is ideal for people with limited mobility or injuries that prevent them from accessing certain postures. For example, some people may find a full Downward-Facing Dog pose difficult to achieve. However, if you place your hands on the edges of a chair and simply step back, you will achieve the same result with less difficulty.

Murphy is a certified teacher in the Iyengar Yoga tradition. When she began her journey, she was living in Saskatoon, Saskatchewan. She invited Iyengar teacher Liz McLeod to Saskatoon to do a workshop and felt deeply connected to the practice. She decided to become a yoga teacher right then and there. Shortly after her first workshop, Murphy travelled to Victoria—the seat of Iyengar Yoga in Canada at the time—for a week-long workshop with Shirley Daventry French. In 1992, Murphy moved back to Vancouver Island and would practice yoga in Victoria every week.  In 1996, she asked Daventry for permission to teach her first class in Port Alberni.

“I had been teaching friends, family, anyone who would subject to my teaching from ’92 to ’96. In ’96 I could begin to call myself a teacher of the Iyengar tradition,” Murphy said. “The certification process is very rigorous. I smile when I hear about 200-hour certifications. Ours is a three-year process of workshops, training, daily practice, writing essays, going to workshops, having our teacher come and observe us teach. Then, a year later, we can be certified.”

Murphy started her practice in Nanaimo in 1998, when she opened her home to yoga.

“I decided to clear out my living room—I have a small house—I cleared out my living room, zero furniture. I put up little signs around my neighbourhood, and to my delight four people showed up. Just the right number for my living room,” Murphy said. “And then it grew. I couldn’t accommodate folks in my living room anymore, so I started looking for places in the Old City.”

Murphy moved around nine different locations. Some were cold, some were dirty, some were loud. Eventually, she found herself at the old Nanaimo train station and thought she had found a forever home for her practice.

“I cleaned it up, painted it, and did all kinds of stuff that summer of 2001. In September, an arsonist set fire to the train station,” Murphy said. “That set me off on another journey of looking for suitable spaces.”

Instead of moving around new locations, Murphy decided she would build her own studio. In 2002, she built a 620-square-foot dedicated yoga space in her garden. That studio was the home of Bend Over Backwards for 15 years. In time, the practice outgrew even that space.

“I kept having to deny people and say, ‘no room, no space, sorry,’ and that felt really bad. I didn’t like that at all. It didn’t seem right. If people want [yoga] and need it they should have access.”

Murphy started searching for another space. The search took two and a half years before she found the current home of Bend Over Backwards in 2017. The space can accommodate larger groups, it’s quiet, warm, clean, wheelchair accessible, and has a “freshness” to it, as Murphy said.

Murphy spends most of her days practicing yoga. For her daily practice, she spends an hour and a half to two hours on yoga asanas and Pranayama. Asana is the sanskrit word used to refer to yoga postures, and Pranayama is best described as yoga of the breath, a practice used to connect more deeply with the body and regulate vital energy through breath. Murphy teaches 10 classes a week, and she spends time warming up and preparing for each class individually. Her weekends are spent planning classes.

“I’ve never counted the number of hours I spend on yoga. Yoga is a way of life. I live in yoga,” Murphy said. “The foundations of this work are the ethical precepts, we have them written on the wall, they’re so important. How to be the best person you can be. I hope I spend most of my days living the precepts. The asanas are powerful, restorative, and nourishing, but they’re just one piece of what this work is. What attracts me to this method is that it’s a complete method. It’s physical, intellectual, spiritual, emotional. Your whole being is addressed in this method. It’s practical.”

Murphy finds that people are attracted to the Iyengar method for a variety of reasons. Some like the detailed instruction of the practice and that it feels safer than other styles. Others like the therapeutic aspects of the practice for injuries or pain they are experiencing.

“Some are touched more deeply by something almost inexplicable or nameless which feels like they’ve come home. People have said that to me. They’ve said things like ‘I’ve never been here before, but I feel like I’m home.’ I get that, I felt that too in my first workshop with Liz McLeod,” Murphy said.

Since 2008, Murphy has been teaching yoga to VIU Physical Education students in PHED 135.

Despite being 74, she’s “in no hurry” to give up the position. The VIU course is held at Bend Over Backwards to give students a more authentic yoga experience.

“I love working with that age group. I see how much they need to be at peace in their bodies, and to relieve the stress of being students, but also the stress that comes with their age. It’s a very difficult age, and I think more difficult now than when I was that age,” Murphy said.

Her yoga course often has long waitlists. The class is capped at 20 to ensure the quality of instruction. Many of the students who take the course are athletes, and Murphy is often shocked by the amount of injuries and chronic conditions that students have.

“With this work they’re going to jump higher, turn faster, and have less injuries,” Murphy said. “I’ve had young people say to me ‘this is the hardest thing I’ve ever done,’ and these are national athletes. It’s not easy. The moaning and groaning that goes on when stretching hamstrings is epic.”

During the course, students have to practice one pose at least once a day, every day. For their “final exam” they have to demonstrate their mastery of the posture. Students keep a log of their progress, and Murphy often notices halfway through the semester that the log reflects many positive changes in the students’ lives. Some students, much like Murphy herself once did, come up to her and ask what it would take to become a teacher.

When Murphy began teaching in Nanaimo, there were only two teachers. There are now 12 certified Iyengar teachers. As Murphy reflects back on her life of yoga, her biggest takeaway is the kindness she’s witnessed from people living in yoga.

“What I see in the classes I teach is that people are kind to each other. There’s something about tenderizing the heart in yoga, and I can’t explain why that’s the case, but I see it, and I feel it,” Murphy said.

“I know this work will continue. I know it’s dynamic, I know it will change. But there’s an integrity to this work that will guide those changes. I’ve been involved in it for this number of years, and I’ve seen the changes, but the core in unswerving, the method is intact. Worldwide, the senior teachers who’ve been at this for 30, 40 years, are dedicated to that integrity, to what we now call the lineage. I teach in a lineage, and I’m true to that. I’ve never strayed from the Iyengar tent.” 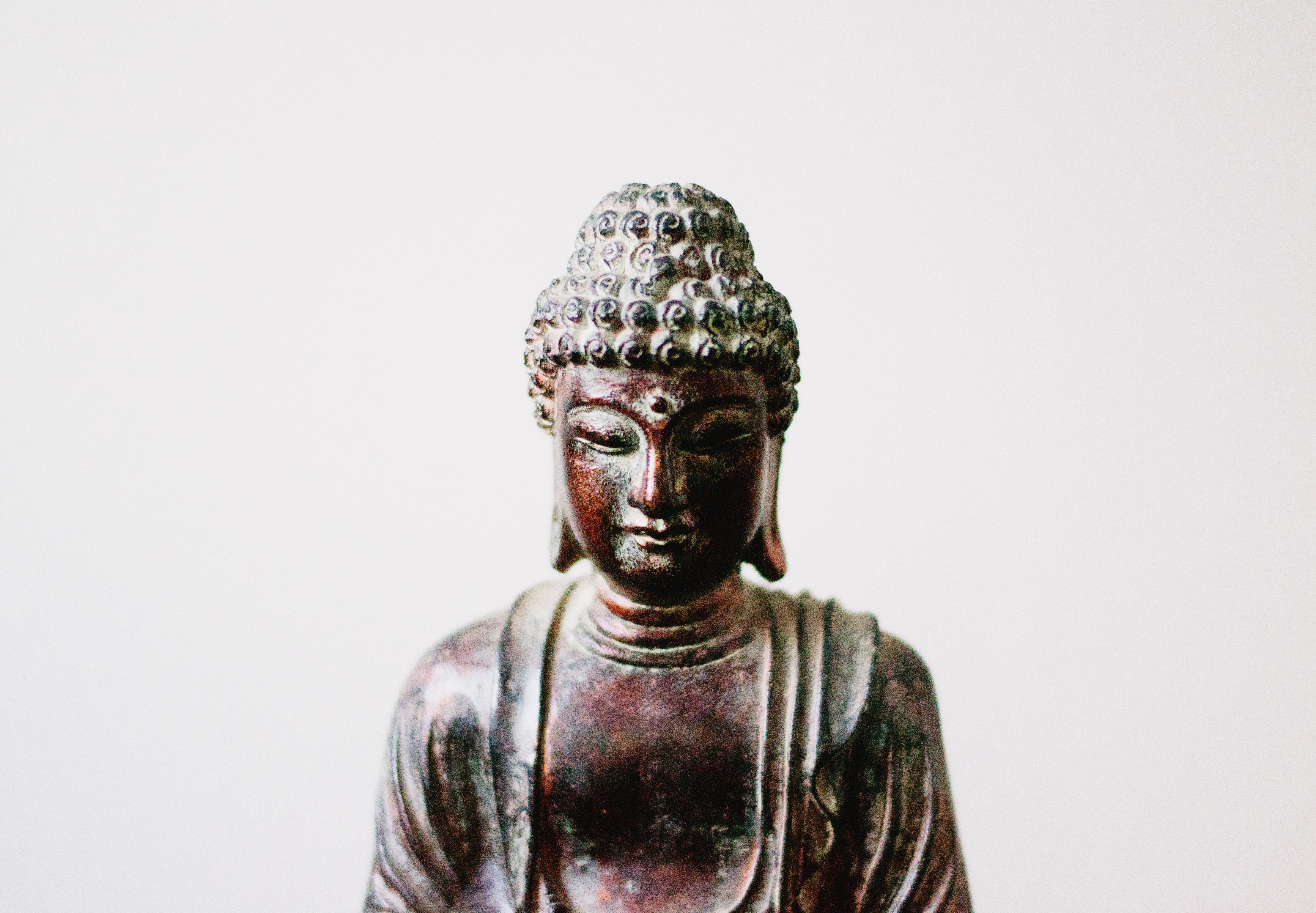 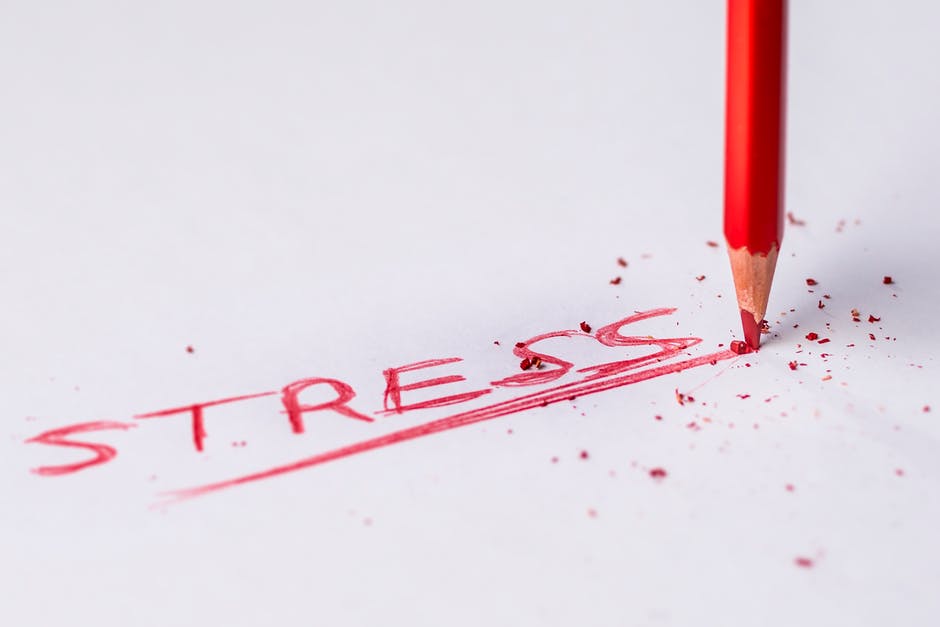 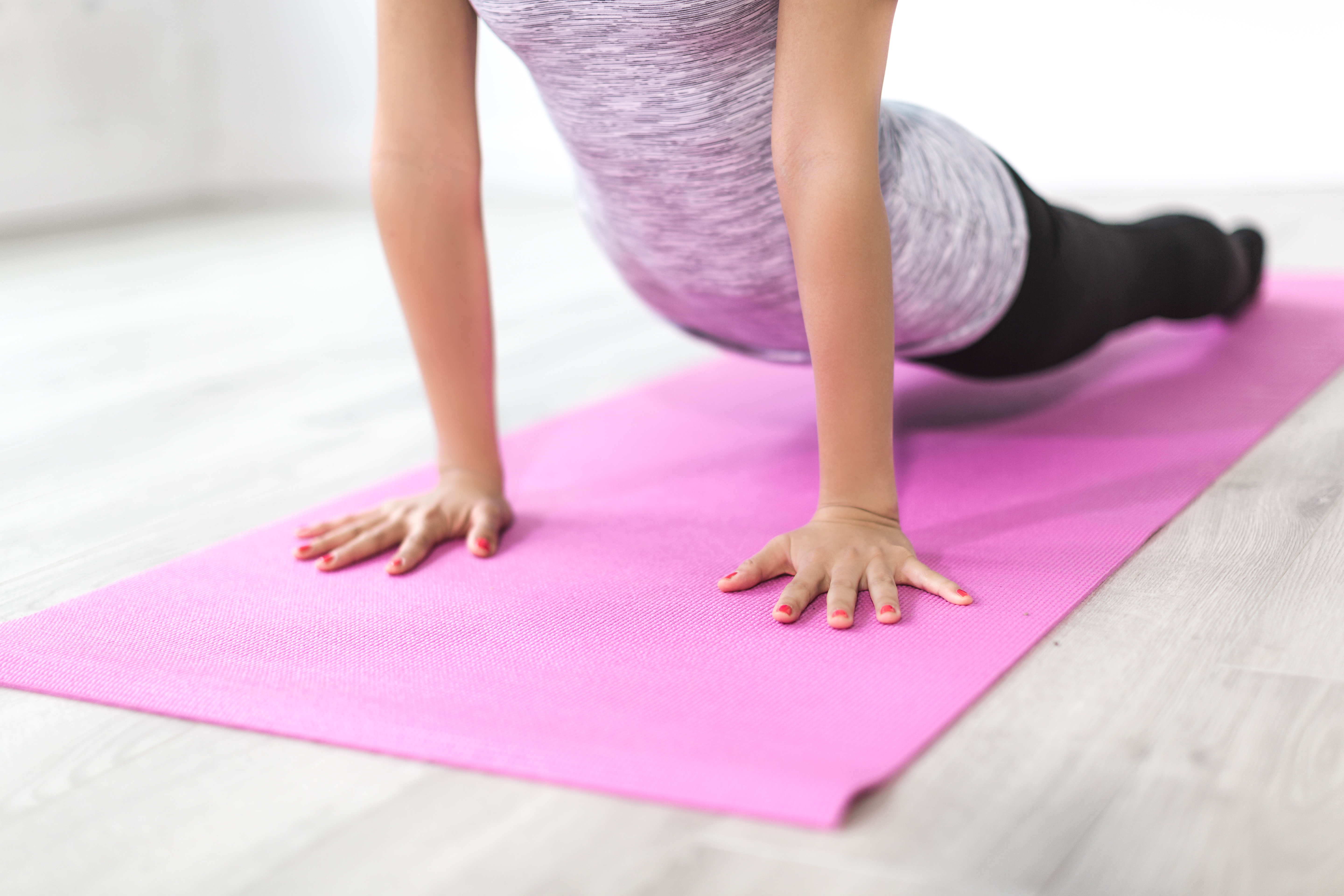 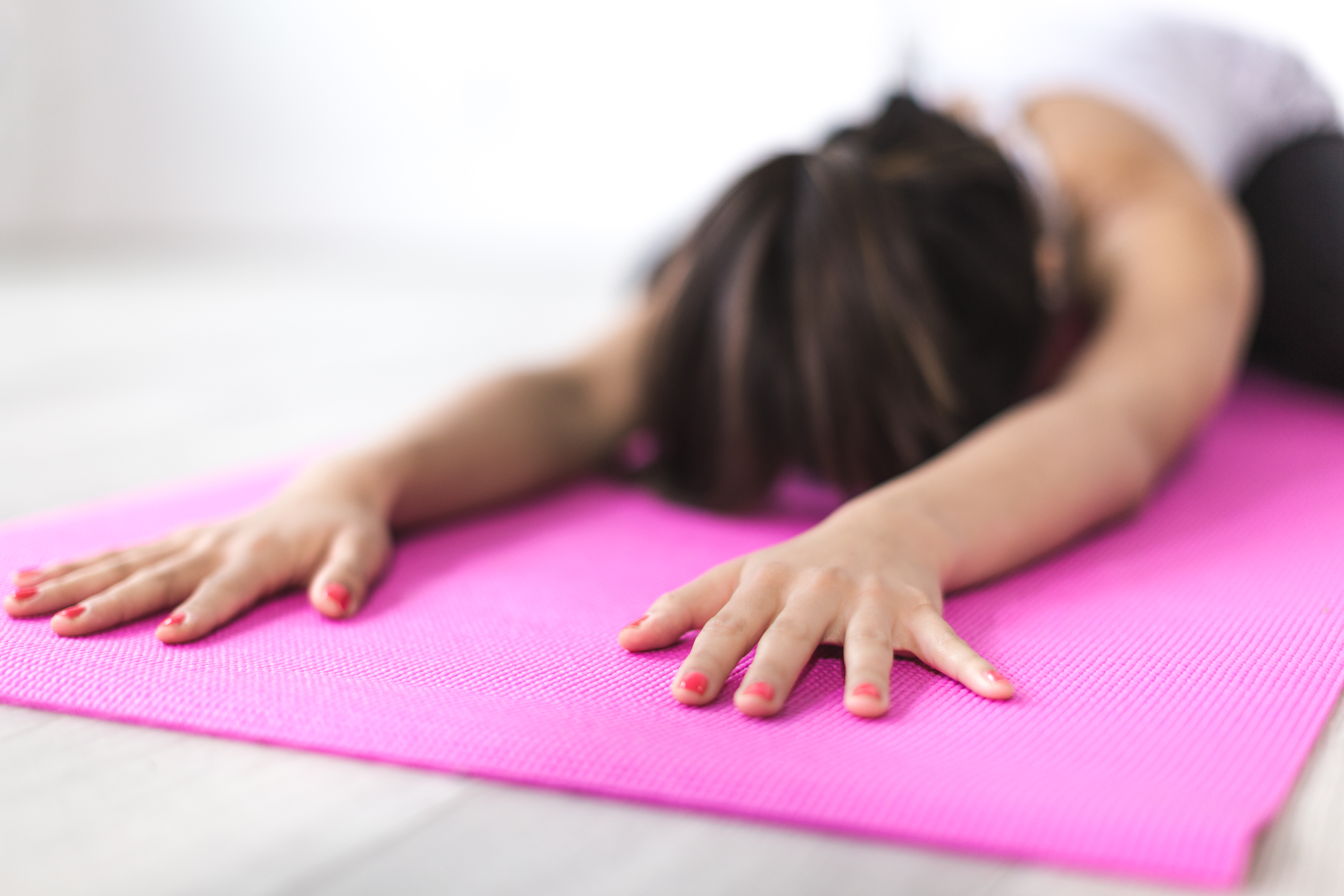