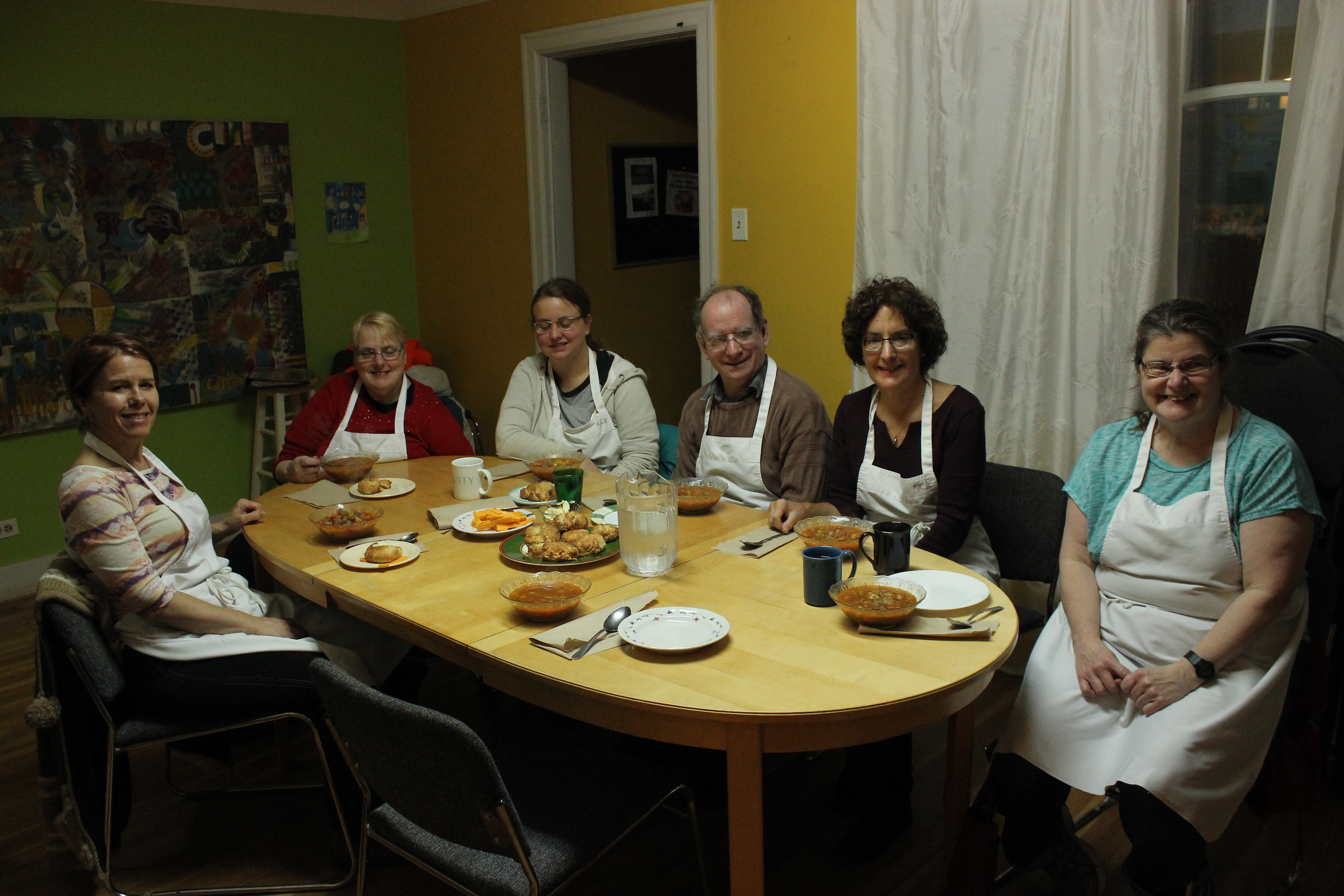 One thing’s for certain, no matter who you are, or where you’re from, there’s always an open seat at the family table of the Nanaimo Community Kitchen Society.

I found the Nanaimo Community Kitchen Society online, but what spurred my search was a rumour I’d heard that one could attend a cooking program and dine with strangers. A fascinating way to get to know one’s neighbours, which seems to be a dying flame nowadays.

A community kitchen is a group of people who gather to cook healthy, nutritious meals together to either take home or enjoy as a group.  It’s an opportunity to learn basic cooking skills while socializing with others in your community. The group is associated with Self-Advocates of Nanaimo (SAN), an organization that helps people with disabilities learn how to advocate for themselves.

Anita Smith is the cooking group’s facilitator. Her voice carries a warm, motherly tone as she speaks to me and the four attendees sitting around the dining room table. The members of tonight’s group are Barbara Anderson, Vicky Macpherson, Crystal Carson, and Patrick Porter. Among us also is a woman named Lisa, an assistant from SAN who’s there to assist anyone who requires it. As we sit, the six of them catch one another up on their lives; details about work and the monotony of daily life. There’s a palpable connection threaded through them—a bond that they share from regularly communing together and staying connected through the organization. The cooking group meets once a month on a Thursday night, from 5:00 to 7:00 p.m.

The kitchen is a small, quaint space made up of two slim stainless-steel cooking tables, yellow and red checkered tiles, two home ovens, and an industrial dishwasher. On the counter space near a window rests an industrial deli meat slicer, Tupperware filled with spices and cutlery. The kitchen space has a homey feel, with every tool nestled into its rightful place.

The recipe we’re making is a lentil soup with beef and barley accompanied by a side of cheese biscuits, all made from scratch. As we look over the recipe, Anita runs the group through a print-out from the Canada Food Guide. The society shares information about healthy eating and uses the cooking groups to teach people how to prepare healthy meals.

Anita and I head down the hallway to the walk-in produce cooler and return with celery, carrots, asparagus, and peppers. Anita has been with Nanaimo Community Kitchen Society for 15 years. She is the only employee, which means she facilitates groups, looks for funding, and maintains the society’s website as well as its social media platforms. The society was started in 1991 and held its first cooking group in November of 2008.

Years later, there are now four to five different cooking programs like this one running simultaneously. Anita asked me if I had heard of food security; the concept that when a community is food secure, all of its citizens have access to affordable, good-quality, nutritious food. While this may seem simple enough to achieve, the effects of globalization, the rising costs of real estate, and growing income disparity often disconnect the average citizen from accessing food.

When we divide up the vegetables to dice, I pair up with Vicky, a young woman in her twenties. Vicky and I grab cutting boards from underneath a nicked and scratched stainless-steel table. The table’s surface is like a palimpsest, each cut into the steel is rich with story, new tales are etched alongside after new cooks. The asparagus fumbles through my fingers, rolling off the cutting board and across the nicked steel. Vicky smiles as I grab the rogue pieces.

“What do you do at VIU?” she asks, slicing her vegetables with ease.

I tell her about VIU’s creative writing program and working at the school newspaper—The Nav. Later, Vicky tells me that she works in a daycare and attends courses in the child and youth care program at VIU. Her passion for helping people shines through when she assists me, correcting some of my diced vegetables into smaller, bitesize pieces.

Since the Nanaimo Community Kitchen Society doesn’t sell the goods they cook, participants do not need Foodsafe to participate in a food group—participants just pay the cost of food (in this case, $6).

The kitchen fills with the warm, thick smell of browning ground beef and stock. When I go to dump my vegetables into the pot, I pause at the sight of everyone laughing. I feel at home, like I’m surrounded by chuckling family members.

The soup cooks for roughly 30 minutes. While we wait, we make the batter for the cheese biscuits. Patrick cuts out small circles from the dough using an upside-down drinking glass. No matter the task, he always wears a small smile and works a laugh out of us with his infectious sense of humour.

At the table, everyone agrees to let me snap a photo. It’s a touching image, a group of friends who just two hours ago were strangers to me. As I take my seat at the table, placing my napkin on my lap, Anita talks about being mindful while eating—focussing on the task and tasting the food. I laugh when she says this. As a student, I seldom slow down to taste food. In this moment, though, I taste the sweetness of the onions and the mellowed tang from the finely chopped cloves of garlic.

Once we’ve finished dining, I sit around the table with two members of the group and ask why they come to the society.

Barbara’s an outspoken woman who doesn’t hesitate to share what’s on her mind. She tells me she comes to the cooking group to meet new people and socialize.

“When you’re living alone, you’re inside too much on your own, and it’s nice to get together once in a while to cook and have a meal,” Barbara said.

When she moved from Eastern Canada, the cooking group was one of a handful of social activities that helped her build a group of friends. If she hadn’t, life would have been troublesome when times became hard.

“The issues I’ve had with my family and my mother being sick, I had a lot of support with the group,” Barbara said. “If it wasn’t for this group, I don’t know what I would have done.”

Crystal’s a soft-spoken woman who cooks with the group to learn new skills, but her poise comes from the support kindled from her friends at the society. She adjusts her glasses, recounting years ago when she was left on her own after the loss of her mother in a car accident. Shortly after this loss, her father passed away. The cooking group helped her get through the grief left behind.

“This is a special group. It’s like family to me.”

I push in my chair, ready to depart the old blue heritage home, but knowing that a seat is always open should myself, or anyone, care to cook in the society’s kitchen and break bread at the family table.

Info on how to start a cooking group can be found here. 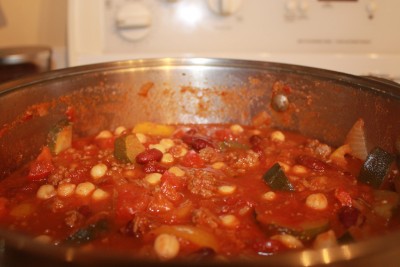