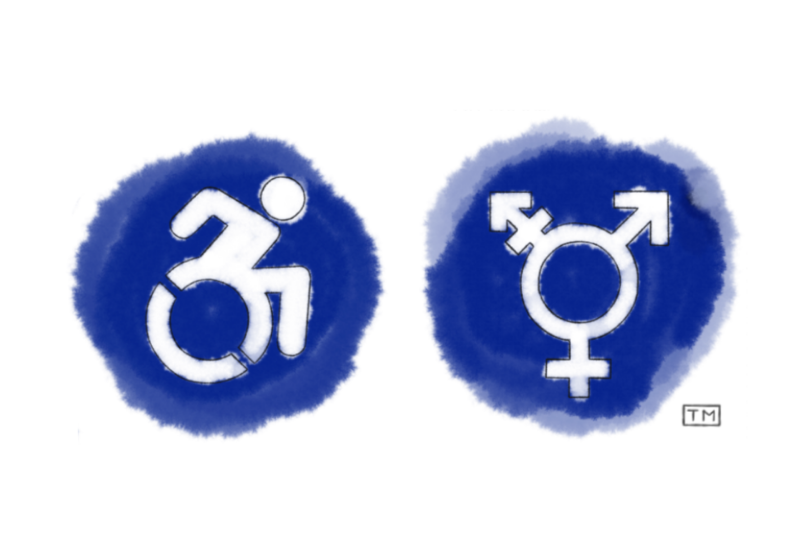 Fall 2018 saw the opening of VIU’s new Health and Science Centre (HSC), a state-of-the-art facility now home to many of the university’s Health and Chemistry programs which offers high-end amenities for future students. There are already plans in place to further improve the building. What might surprise some is that the potential next step for the HSC lies in its multi-stall bathrooms—and that plans for these bathrooms could lead to a shift throughout the whole campus.

Current design features alluding to this change aren’t exactly in your face, but they’re there. The wide entrance with no doors, the stall walls that reach higher and lower than many on campus, walls that separate urinals, and the menstrual disposal bins that can be found in the men’s stalls. These bathrooms are designed with gender neutral access in mind.

The Universal Access Committee (UAC) spearheaded these designs with full accessibility in mind, and there are two populations considered with their creation—disabled students, staff, and faculty; and trans students, staff, and faculty. While the washrooms aren’t yet designated gender neutral, they have been designed to make that switch possible in the future. And it’s a decision that the UAC says makes sense.

“Obviously when we build a building it’s a long-term undertaking,” Richard Levis, Director of Facilities Services and Campus Development, said. “Long project, as well as a long life for the building. So, you know, we do what we can to future-proof a building as we go through design; think about all of the things that can be done in the future and come up with those things. So, universal access guidelines are a big part of what we considered when we went through the design process in 210 (HSC) … you’re trying to make the space inclusive for everyone.”

Universal access code can mean different things, varying between provinces, municipalities, and even organizations. But the underlying goal remains the same: what design features can be put into place that make public spaces accessible for a wider range of the population?

Gender neutral bathrooms are not new to VIU, and gender inclusive facilities often tie in with disability-access facilities. In 2015, the VIU Positive Space Alliance worked with VIU Human Resources and the VIU Faculty Association (VIUFA) to make gender neutral signage for twenty-two bathrooms on campus, many of them single-stall facilities. It was a learning curve for the university. One of the challenges was that the new signage reduced the wheelchair access symbol to an inch-by-inch dimension, leading to higher able-bodied use than intended.

“So, by inviting all people in, it had the unexpected side effect of making it very difficult for people in wheelchairs to get access to the space,” said Linda Derksen, VIU sociology professor and UAC chairperson.

Another challenge was the feedback from staff and students who were uncomfortable with the change in signage and use of the facilities.

“We didn’t have the conversation with people. We just changed the signs, which made a lot of people uncomfortable,” Derksen said. “So that was the lesson for us. Bathrooms are private places for everybody. And just changing the sign like, ‘hello we’re gender neutral now’ wasn’t the right way to go when we should have consulted.”

That need for consultation is one of the final hurdles for HSC’s future of gender neutral, multi-stall facilities. The university has learned from past experience, and realized that planning for a fully inclusive bathroom doesn’t mean the culture of the university is ready for one.

“I know that that’s part of why Building 210 isn’t gender neutral right now.” Derksen said. “That consultation has to happen with the campus community and with the Positive Space Alliance and Human Rights. And we haven’t done that yet, so we couldn’t just open a new building and make it gender neutral and expect different results than we had before.”

The UAC is aware that the diverse campus community will need time to accept future gender neutral facilities, and that it will take the entire community to shift that mindset.

“I think there’s a really variable cross-section of people in this institution,” Levis said. “And I think part of it is trying to consider all groups and all folks that use the facilities. And there’s some conflict in the expectations or needs from that group as a whole. A very large group. So, you know we have some people that look at washrooms and say ‘they should be this way’ and other people say ‘no, they should be exact opposite.’ And so, it’s sort of navigating that discrepancy as a community that needs to happen.”

But the UAC is hopeful for that shift and acknowledges the various parts of the university that are paving the way.

“I think groups like the Positive Space Alliance and the UAC go a long way in helping shift that culture,” Levis said. “And I think that’s a really important perspective and, you know, it started that movement and conversation. And it really originates in conversation. And news articles, discussion, awareness-building, really. And I think we’re still very much in that awareness-building place and that needs to be continued for a while for the culture to shift.”

Another part of campus is also working towards that culture shift. In 2017, the Cedar Center at VIU Residence switched one of their multi-stall bathrooms to a single-stall, gender neutral bathroom. For VIU Residence Manager Ian Johnsrude, the decision was made for multiple reasons.

“It ended up being Kelly Muir and I had a conversation about ‘can we move this to gender neutral washrooms’?” Johnsrude said. “And what came out of that is we actually thought it was an opportunity when we started looking at our space.”

“And so, you know, in a 12,000 square-foot building they took up a lot of space for not a lot of usage,” Johnsrude said. “We have, you know, some traffic for people using the laundry rooms. We have staff who obviously need a washroom, but we had a lot of space dedicated to washrooms.”

“If we have one washroom that everybody can use,” Johnsrude said, “we suddenly free up a bunch of space for other usage, a.k.a storage. So, it started with this conversation about gender neutral washrooms and then it became about operational effectiveness.”

Switching the facility over was easy, and residence staff dealt with concerns that were brought up with the change.

“It hasn’t been without its resistance,” Johnsrude said, but he notes that many of those concerns were eased when those who voiced them were able to discuss the new changes with staff. “And so, did we hear that? Yes. We did it anyways. And then once we’d done it, a lot of those things sort of went away.”

The acceptance of the change gives a hopeful look to the future of VIU Residence and their plans for future gender neutral access.

“We’re currently sort of kicking the tires,” Johnsrude said, “on what new housing would look like and that is a big conversation. Not just in the public spaces, but also in how do we provide room options that work for people with various access needs, and washrooms [are] a part of that. Anybody at any time should be able to live in one of our buildings and feel comfortable. And so those are services that I think have to be in place and need to be designed moving forward.”

The UAC’s Derksen is quick to point out that another part of the university is helping shift the culture.

“I’ve been really heartened, since working in the area of disability access, that facilities have whole-scale adopted the Universal Design as the model for renovations. And for future design. And that’s pretty new. We haven’t had a new building here for a while. So that’s the plan for the future. And Universal Design is just what it says, it is designing facilities—outdoor, indoor, private, bathroom, office—so that everybody can have access. And that’s the plan for the future.”

Shifting that culture is still one step in the future of universal access across campus. Creating universally accessible bathrooms in the HSC was part of the UAC’s three-year plan to increase facility accessibility. With over twenty buildings on campus that lack accessible washrooms, it’s a long term project.

“We put forward a three-year strategic plan,” Derksen said. “And getting a gender neutral accessible washroom in every one of those twenty-two buildings by the end of three years was our goal.”

However, it comes with a daunting price tag.

“It’s about 160 to 200 thousand dollars a washroom, times twenty-two,” Derksen said. “So, we’re about four million dollars short. But I have been writing grants. We’ve asked the university. Facilities has already set aside some funding, there’s still some gaps to close for use. We’re working on first our bathrooms that can be made accessible easily, by widening a door or adding buttons or changing signage.”

UAC already has their sites set on another building on campus.

“Building 345 is the first step,” Derksen said. “It’s a top priority on our hit list. I shouldn’t call it a hit list, but it’s the second most heavily used building on campus and there isn’t a single washroom that Rick Hansen could use. And there are no private washrooms for all the populations that we’ve spoken of, some religious groups. Some people need a private washroom. Some people need a private washroom to change a colostomy bag, right? So, Building 345 is very much on the radar. And we’re actively seeking funds. Just for bathrooms. How’s that? The grants that I write are actually just for bathrooms. I’ve never thought of it that way.”

Moving forward, Levis is confident that universal access will find itself woven into future plans for the development of VIU.

“We’ve got a long list of future plans to continue that trend in the coming years as well to introduce washrooms like this and facilities that are under-served. We know that any facility we’re designing at this point has universal access. And it is a really key thread through the design. It was in the last buildings and it will continue to be only enhanced in the future I think. So, that’s making sure that we’re providing facilities that are accessible.” 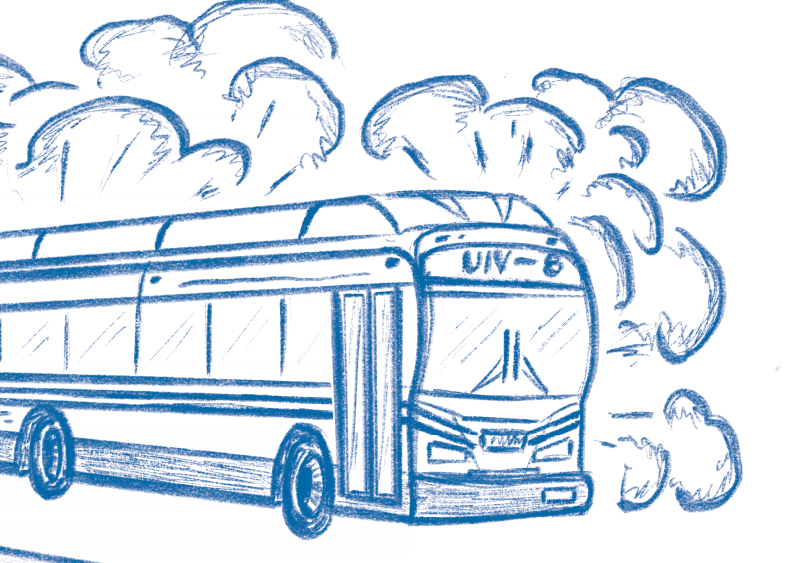 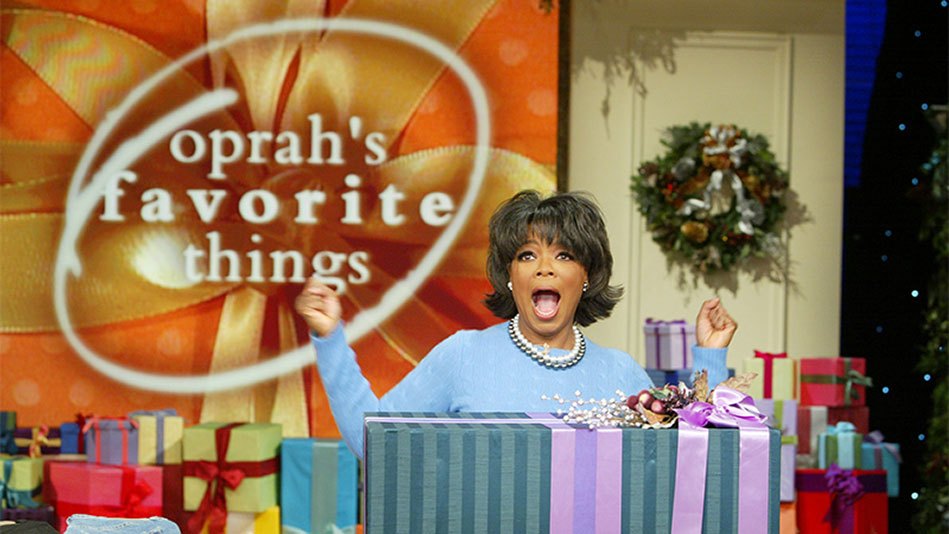 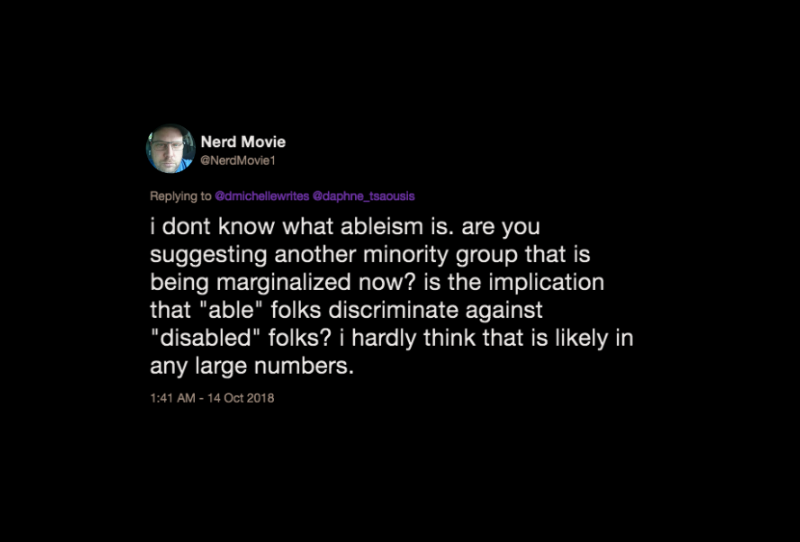 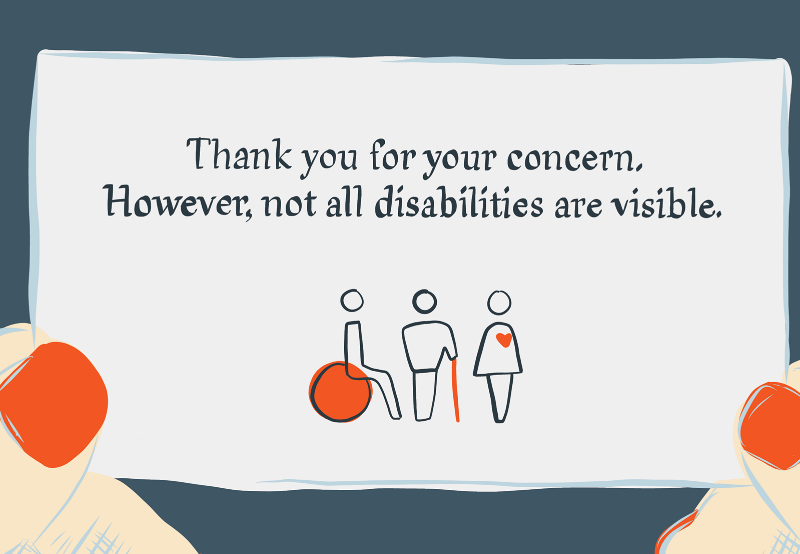