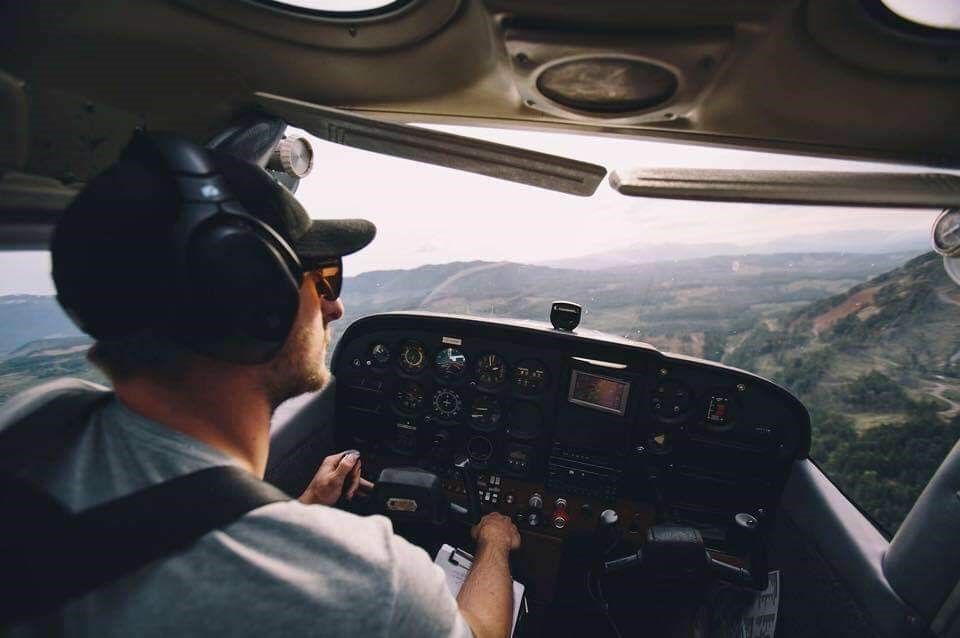 A media release from Vancouver Island University (VIU) revealed that within its Geoscience department, a student has introduced multiple media campaigns to educate people on the impact humans have on the natural world.

Nick Temos, established The Pacific Northwest Collective in 2014 to promote science-based and pragmatic solutions to the environmental crisis.

“As an aspiring scientist, I see a lot of benefit in pragmatic solutions we can work toward to lessen the impacts on the environment from forestry, development and climate change. More can be done from a legislative position such as ensuring development plans take into consideration potential effects of forestry or urban expansion on salmon populations in smaller systems for example,” Temos said.

In an attempt to obtain the flight time needed for a commercial pilot licence, Temos was flying a Cessna 172 Skyhawk— a popular training aircraft— and experienced a glimpse of the overview effect: a state of mental clarity that gives way to a cognitive shift in awareness that usually occurs when astronauts are hundreds of miles away from Earth and become overwhelmed by its fragile identity.

“It psychologically changes the way that they perceive the Earth and makes them realize we are one giant, big ecosystem, a flying ball of life orbiting the sun with nothingness around us. It is sort of the same for me flying four kilometres up in the air over the forests, beaches and mountains. It really hit me how little there is left of untouched land and continuous blocks of old-growth forests on this island.”

The Pacific Northwest Collective’s goal, as outlined on its website, is to get people to understand the size and scale of humanity’s impacts on Earth by showing them first hand.

Volunteer pilots, science-nerds, and photographers make up the collective’s contributors. They safely use aviation to explore, document and juxtapose human existence on the natural world.

From an aerial perspective, Temos takes photographs of the world below and sells his prints to help pay for his flights that also allows him to exhibit his perspective to the eyes of his various flight companions.

“I have been talking with politicians and it seemed crazy to me that many have never actually flown over the areas they are making policy decisions about,” Temos said. “How can they make an informed decision without that perspective? I want to fly with more politicians and policymakers to show them because I think that is probably the most beneficial way to achieve change.”

The Pacific Northwest Collective also advocates projects about geoscience and climate change and talked to the students at Frances Kelsey Secondary School about those environmental topics. The Collective is also introducing an action plan that includes the production of mini-documentaries.

“I am filming a documentary called In Hot Water about salmonids on the Island,” Temos said. “It is an informational video to get people to realize climate change is causing an issue for Pacific salmon and steelhead.”

Temos served in Afghanistan and Canada for the armed forces and is now one year away from a degree in Geoscience. He has also contributed $500 towards a bursary for the Earth Science Student Association with the intent to donate to another group or again to a bursary in January.

The term “overview effect” was coined by the author and self-proclaimed space philosopher Frank White, while flying in an airplane across the country in the 1970s and was eventually published in his 1987 book “The Overview Effect”.