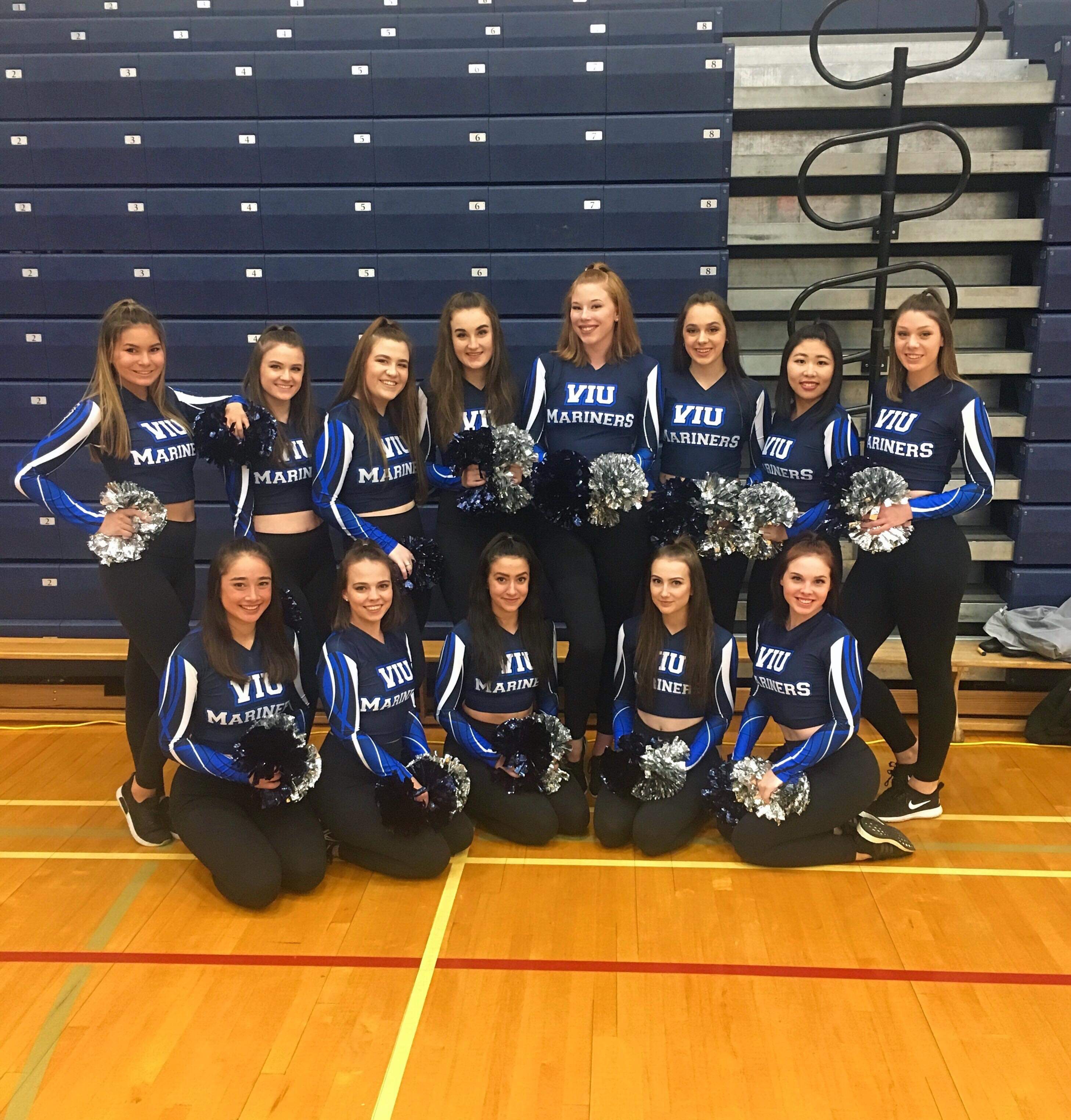 On September 9, the Mariners Dance Club began the season with team tryouts. Of the club’s short history, beginning in 2013, the event saw its biggest turnout with twenty-one eager dancers in attendance.

“There was the most, probably, professionally trained gymnasts and dancers that we’ve ever had at tryouts,” Miranda said.

“And it baffled both of us,” Forget added.

“It’s always nice to have people who are technically trained,” so the responsibility of training them how to do everything safely, “doesn’t fall on us,” Miranda continued.

The tryouts began with filling out forms that asked for name, age, experience, and reasons for interest in joining the team. This helps Miranda and Forget to “get a feel” for each individual’s personality, as this is one of the many things the two take into account when deciding who will make the team.

“Then we make sure everyone is stretched and warm, so nobody injures themselves during the tryouts,” Miranda said. “From there, we start from across the floor. So, we have them do basic things we do in a lot of our routines.” This helps determine each individual’s technical level, flexibility, and how well they can count music.

“From there we move into teaching a combination that is usually thirty to forty seconds long… it is nice to see how they can pick up choreography and how they can work with music and our styles of dance,” Miranda said. “Our palm style dancing is very, very, very different.”

“The combination also gives us a chance to see their personality when they dance,” Forget added.

Forget and Miranda begin planning the tryouts in July. “We start talking about how we both want it to look that year, what we feel we need to do across the floor, we start choreographing and learning the combination to teach, and we do a lot of promotion,” Forget said.

It’s worth noting that Forget and Miranda are reprising their roles as co-coaches, managers, and captains for their third consecutive year, and the club is entirely student-run. On top of their responsibilities as students, they have a plethora of responsibilities to tend to in their services to the team. However, in their short time running things, the VIU Dance Team has officially taken the title of Mariners, which built a stronger sense of community across the campus, and they changed the style of the team from primarily cheer, to a variation of dance styles. When it comes to deciding the final roster, however, the two employ the help of returning members.

“They know what the expectations of the team are, both commitment and skill-wise,” Forget said.

With thirteen returning roster members, there was room for six new members, however, the team offered seven positions. Only five were able to commit and accept their positions, for a total of eighteen members.

So what can VIU expect from the Mariners Dance Team this year?

“Expect a bigger number [of dancers] performing, which is always really exciting, it really fills up the floor… we’re involved with more sports teams this year,” Forget said, adding that fans should watch the Mariners’ Dance team social media for upcoming events and fundraisers, with a beer and burger event in November and a year-end showcase near the end of the spring semester.