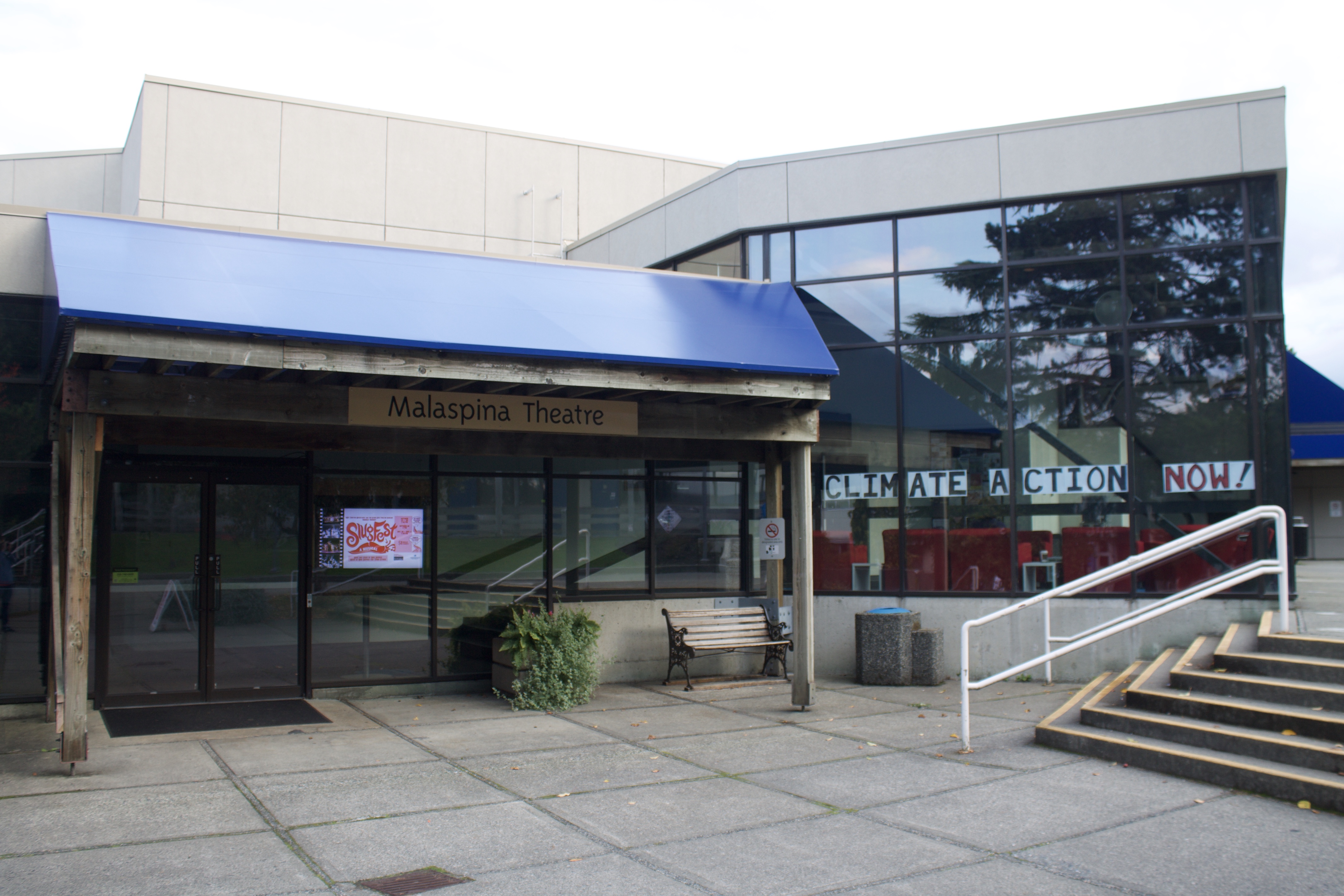 The Malaspina Theatre hosted the first debate between the candidates of Nanaimo and Ladysmith for the upcoming federal election on Thursday night.

A total of five candidates were present at the debate where topics varied from tuition, healthcare, and to the topical climate change.

Paul Manly of the Green Party, Michelle Corfield of the Liberals, John Hirst of the Conservatives, Brian Marlatt of the Progressive Canadian Party, and the independent, Geoff Stoneman composed the five candidates that shared their platforms.

Bob Chamberlin of the NDP was not present for the debate due to a commitment with his party leader Jagmeet Singh in Nanaimo’s town hall, but he was at the meet-and-greet which was situated in the cafeteria before the debate began.

Manly, as the candidate with the main spotlight, opened the introduction by speaking directly to the audience that was mostly comprised of students.

“What we’re going to do for students is eliminate tuition fees, we’re going to eliminate student debt, provide universal healthcare,” he said. “But our future is at stake in this election. We are in a climate crisis and we need to address that crisis in a serious manner.”

He would go to say that this is the opportunity for young people to make a difference as millennials are the largest bloc of voters in this election.

Hirst, the runner up to Manly in the May byelection, also related to the post-secondary audience with his mention of being a graduate in 2013 with a bachelor’s in business.

“The reason I got involved with politics is I’ve been frustrated with the results of the representatives. We lack the attention we need and deserve to deal with the issues we face on the island. And that’s going to continue if we keep sending members that are in third or fifth place in Canada. Intentions are well and good but if you can’t deliver on them, it helps no one,” he said.

“I want to make it very clear here, the Conservative Party believes in climate Change, we acknowledge climate change. It is happening, we have to do something about it,” said Hirst.

Corfield, who sat at fourth place in May’s byelection behind the NDP, is a lifetime resident of Nanaimo and has spent her life giving back to the community by siting on local boards and comities that enhance the community and personal being.

“Over the last four years the Liberal government has taken significant action to protect our environment for the generations to come, including, putting a price on the pollution that causes climate change, banning harmful single use plastics, protecting nearly fourteen per cent of Canada’s coast marine areas,” she said.

She also stated that if she were to be elected, Nanaimo-Ladysmith would be advocated as an attractive place to start and grow a business that produces zero-emissions technology.

Marlatt started his introduction by stating the Tory principles of balanced progressive-social policy, fiscal responsibility, and to build a national community.

“The issues we need to talk about today are national community, healt care and seniors care, autism and national farmers care, funding on bold oriented policy based on science as dictation on evidence-based research,” Marlatt said.

Stoneman, who’s website states that he can put community before party interests due to no constraints, mentioned that his platform revolves around healthcare, cost of living, and climate change.

“Starting in 2021, we could cut our natural gas emissions by a third, with day-to-day Canadians doing nothing. This technology exists, the patents are held by Canadian companies and other nations are investing heavily in this technology, I’m talking about hydrogen,” said Stoneman.

The federal elections will take place on October 21st.

Another debate will be held at Beban Park Social Centre on Oct. 10 at 7 p.m.