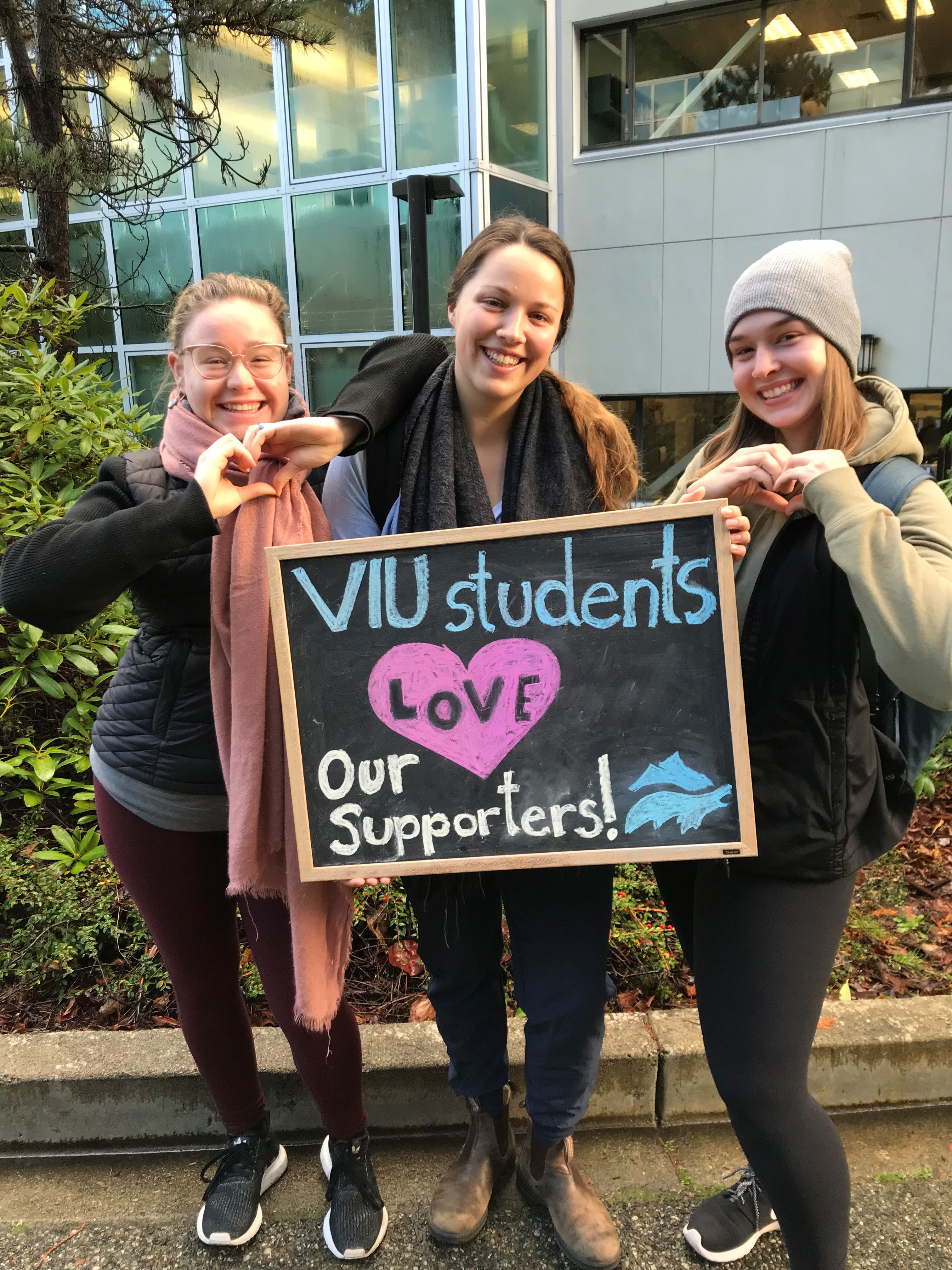 Giving Tuesday is celebrated on VIU campus as a way for the community to give back to the students.

The days between American Thanksgiving and Christmas Day are spent fuelled by a frenzy of consumer gluttony. Black Friday and Cyber Monday see the largest sales in this window, contributing to the busy streets and the queued up cash registers. But in a time of taking, the global response is to give back.

After these two shopping sprees, the following day has been set aside for Giving Tuesday. It’s a day to embrace the holiday spirit and give back to communities.

On December 3, VIU will host its sixth annual Giving Tuesday celebration, inviting students to partake in the day, starting with giving back to the community.

The event started in 2012 in the United States as a way to combat disconnection and inspire people to give, collaborate, and celebrate. Their goal was to encourage citizens to think of investing back into the community. The initiative quickly caught on and was celebrated globally in its second year.

Before including themselves in the movement, VIU hosted the Festival of Trees. It was widely attended by the community, but the success of it for the university and for students went largely unacknowledged. The next year it was decided that VIU would partake in Giving Tuesday.

“VIU is passionate about our students and the programs,” said David Forrester, Advancement Manager and Annual Giving officer. “We thought, let’s starting raising some money and give back to the students that way.”

In its first year, VIU Foundation raised $36,000, a number that only went up as the years went on. Last year, they raised $303,000—all of it going back to the students and supporting the VIU community. This year their focus is on Scholarships and Bursaries, and again the money will go back to the students. The goal is to reach 400 gifts; that’s 400 individual donations toward the school.

However, donors don’t have to support the Scholarships and Bursaries goal, though the financial awards that are created because of donations help create academic and professional opportunities.

Other areas to donate are: the VIU Emergency Bursary Fund, the Inspire Indigenous Student Award Fund, the Milner Gardens Donations Fund, Trades, Health and Science Capital Campaign, and the Greatest Need. There is the option of “Other” as well.

Other allows one to donate to an area of their choosing. It could be to a club that would allow students to excite their passion, allow them to attend conferences, take field trips, or get equipment.

“That’s the other cool part, it doesn’t have to be to Scholarships and Bursaries, you can give to wherever you want on Giving Tuesday at VIU,” Forrester said. “You’re going to make your club better, or your area better. The value of a group coming together can make a big difference. That’s the idea.”

The VIU Foundation raises funds throughout the year from a myriad of different venues: alumni, families, sponsors, and local businesses. It isn’t reliant on the monetary generosity of students, but rather the support of their sponsors. (This might be a good time to remind students to fill out their online scholarship and bursary profiles.)

“If a student group wanted to go out and give back, there’s an opportunity to do that as well. They could go walk the dogs at the SPCA, they could go read a book at the library to the community, that’s giving back.”

Fundraising is already in effect and will continue until December 3, when VIU celebrates Giving Tuesday with a bang. The upper cafeteria will be used to show VIU students who their donations are going to, and how the assistance is affecting them.

Aside from thanking the donors and faculty, from 11:30 am to 1:00 pm in the upper cafeteria they will be giving away prizes. The Spin-To-Win Wheel offers another way of giving back—cold, hard gift cards. Forrester hinted that they may also be breaking out the Hug-A-Coke machine; the cherry on top.

“It’s a day to give back and make a difference in your community, one way or another.”

To find more about VIU’s Giving Tuesday, click here. To learn more about how you can make a difference in the life of a student, please contact David Forrester at david.forrester@viu.ca