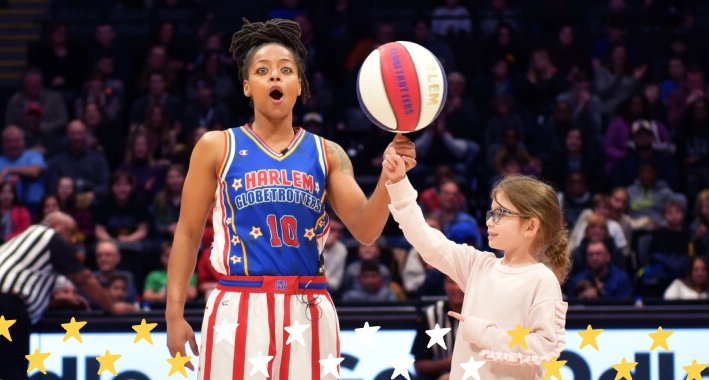 The world renowned Harlem Globetrotters are set to lace up their kicks for an eventful afternoon at VIU’s own basketball court.

On Sunday, February 2, 2020, the Harlem Globetrotters will be performing at the VIU gymnasium, located at 900 fifth street, building 190. For General Admission and Bench Seat ticket holders, the doors open at 2pm, while the event begins at 3pm. For those holding either of the two previously mentioned tickets as well as a Magic Pass, the fun begins at 1:30pm.

The Magic Pass, along with a ticket for the main event, grants access to the Pre-Show Event. This pre-event offers the opportunity to spend time with the Globetrotters roster on the court. In the 30 minute pre-show, Magic Pass participants can shoot some hoops, try some ball tricks—just remember to wear appropriate footwear—as well as get pictures and autographs with and from the celebrity athletes.

While the General Admission ticket is the standard package, the Bench Seat ticket offers a spot on the bench with the team, as well as a backstage meet and greet, program, sharpie lanyard, and a replica jersey. That said, all of the ticket packages offer an afternoon of highlight induced fun.

According to the Globetrotter website, the Globetrotters represent over 90 years of breaking down barriers, acts of goodwill, and a commitment to fans that goes beyond the game.

Since Abe Saperstein founded the team in 1926, the Globetrotters have visited more than 148 million fans in 123 countries and territories worldwide. The team’s contributions to the game are vast: From giving popularity to the Slam Dunk, all the way to introducing the 4-point shot in-game.

Although their contributions to the game are widely regarded, their on-court antics pale in comparison to their influence off the court.

In 1940, the Globetrotters won their first World Basketball Championship. They would close the decade by defeating the World Champion Minneapolis Lakers of the NBA twice, in 1948 and 1949. In doing so, the team proved to the world that African-Americans can excel on a professional level.

Nathaniel “Sweetwater” Clifton became the first African-American player to sign an NBA contract when he joined the New York Knicks in 1950. Later, in 1985, Olympic Gold Medalist Lynette Woodard joined the Globetrotters, becoming the first female to ever play on a men’s pro basketball team and became a trailblazer for the WNBA.

In 1993 former Globetrotters player Mannie Jackson purchased the team, becoming the first African-American to own a major international sports and entertainment organization. Amongst a plethora of achievements, the team’s charitable contributions totaled more than $11 million under Jackson’s guidance.

Dubbed ‘Ambassadors of Goodwill’ by the U.S. State Department in 1951, the Globetrotters continue their legacy, off the court, by continuing to evolve the company beyond its vibrant live event business by increasing alliances with global partners, developing a full line of licensed products, executing a multi-media strategy to gain worldwide saliency and continuing the brand’s legacy of deep social involvement in local communities.

On the court, they entertain millions of fans around the world with more than 400 live events every year. Fans can expect to see the performance of some of the greatest athletes alive, a healthy dose of fan interaction, crazy ball handling spectacles, rim-rattling dunks and the inclusion of family friendly comedy.