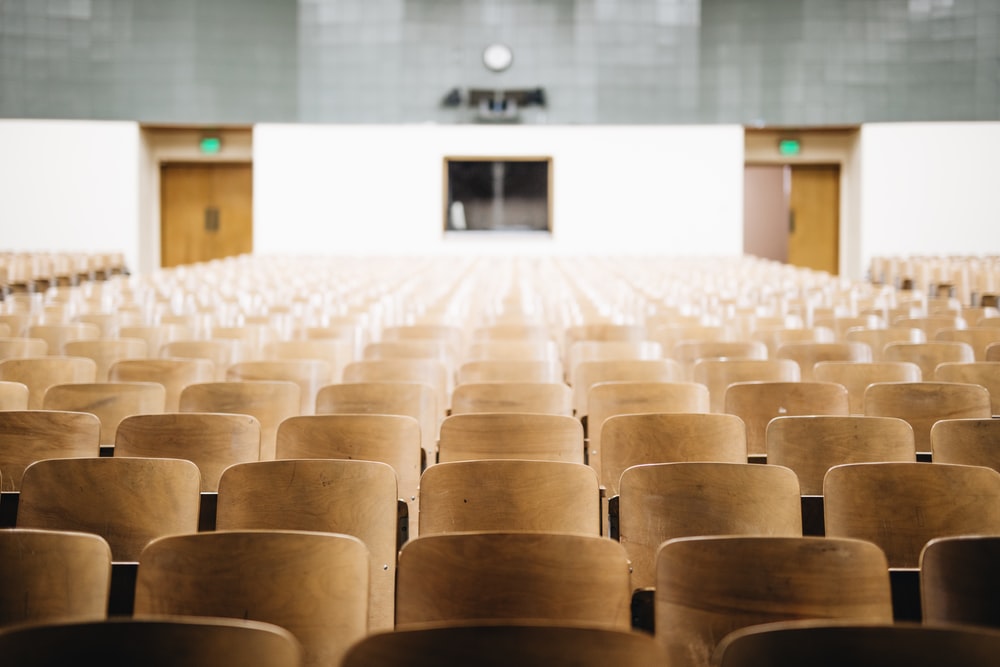 The opportunity to attend public lectures shouldn’t go unacknowledged by students. Branch out from core course loads; a taste of history here, a sip of biology there. Expand interest in other fields and learn some new facts—your future trivia night partners might thank you. You’re free to pick what you like, free from notetaking, free from homework.

Electives should be stimulating in ways your major is not; at VIU there are options for everything. In my first year, I took history and geology and anthropology. Most of them were not my thing—I haven’t taken them again since—but I had a curiosity for those topics outside of myself and outside my major. I wish now that I had known that I could have attended lectures; it might have saved me from a few inadequate grades.

Students study for two, three, four, maybe more, years focused on one thing, fighting the natural inclination in week six to stray from the curriculum, putting on blinders to other interests. I know, I know. Maybe attending extracurricular lessons is why my projected four years turned into five. Counter point: lateral thinking, fresh perspectives, new ideas, crossing boundaries. Learning for the sake of enlightenment, rather than a certificate. Just a few benefits.

Just last month I attended the Planning for Pollinators lecture, and, honey, that didn’t have anything to do with my creative writing degree. But who doesn’t love bees in the twenty-first century? According to all known laws of aviation, those fuzzy, plump little bodies shouldn’t be able to fly. Adorable.

The lecture was presented by VIU’s very own Margot Thomaidas and Kirby Delaney. Like all of VIU’s Science and Technology Community Lectures, they are intended for both scientific and non-scientific audiences. I knew very little going in, aside from the fictional account of The Secret Life of Bees, and I managed to stay engaged. Thomaidas provided insights and research into the native species of bees, and Delaney spoke to community gardens and VIU’s own garden project.

VIU is British Columbia’s first official Bee Campus thanks to Delaney’s work with the community peace garden on campus. But having the title doesn’t mean the work is done.

Transforming and reinvigorating the unused space on campus meant creating a “pollinator paradise.” Increasing biodiversity, planting a food forest—native plants and a lasagne garden, among other things—and checking with facilities to make sure they weren’t using harmful pesticides or herbicides.

Part of Thomaidas’ presentation was to identify different species of “glass wing” bees. There are 20,000 species worldwide, and roughly 450 present on Vancouver Island. Thomaidas also spoke about the other communities in Canada that are designated Bee Cities. In Kamloops, their program advocates with planter boxes filled with appropriate native species, art, and education, and signage that teaches people to go home and implement bee-friendly practices in their own backyard. In Chestermere, the local Alberta government had bees listed as nuisance agriculture and a team of locals decided to change that by refocusing their green spaces.

Of VIU’s own efforts, Delaney said, “[The community peace garden] was started by a group of champions, a group of students, who were really radical and really wanted to make a difference and create a space of experimentation on campus.”

VIU’s Science and Technology Community Lectures have been an ongoing resource for students since 2017. The series runs from 7 pm to 8 pm on Wednesday evenings in various locations at the Nanaimo Campus.

Moving forward in the semester, here are some lectures you can look forward to:

Hailing from SFU as a professor of criminology, Dr. Anderson will be speaking on forensic entomology: how the study of the life cycles of insects in criminal investigations can help to estimate time since death and pinpoint the location of wounds in human and animal crime scene investigations.

UVIC professor of organic chemistry, Dr. Wulff will be delivering a lecture on most students’ favourite past-time: beer. From flavor to scent to taste, the fundamental biological interactions of molecules create pleasure on the tongue. Under the scrutiny of the expert eye, four different beers will be tasted for various flavour profiles.

Dr. Du Preez and her colleagues film, photograph, and study the aquatic world and its inhabitants. Her recent research explores never-before-seen submarine volcanic mountains, monitors the effects of oil spills, and explores the waterways of the Great Bear Rainforest.

As a result of carbon emissions and climate change, urban air quality is dramatically changing. Dr. Styler from the University of Alberta will be discussing what we know about dust and smoke in the atmosphere, how chemists study it, and how to better understand its health and climate impacts.

In the 60s, a band of young scientists ventured into the wilderness—the Serengeti, the Amazon Rainforest, the Arctic Ocean, and Pacific tide pools—to discover the rules by which the natural world works. UBC emeritus professor Dr. Anthony Sinclair will be speaking about his work on the Serengeti concerning collapsed ecosystems and how they can be stabilized and restored.

Dr. Nissen’s research in earthquake and active tectonics are the backbone of this lecture. This geological hazard poses the gravest threat to Vancouver Island residents, and the lecture will go into how to anticipate earthquakes and the geologic rules behind them.

Magicians are often the most skilled mathematicians and VIU’s Dr. Bigelow knows all the tricks. His lecture will speak to the formulas behind magic tricks.

April 8, 2020 – Raise Your Glass to the Past: An Experimental Archaeology of Beer by Dr. Marie Hopwood

In 2019, VIU student Melissa Ayling and professor Dr. Hopwood recreated an ancient brew: Midas touch and Odin’s eye. Hopwood’s lecture will go through archaeological history to recreate the cultural context of the ancient recipes and the people who brewed them.