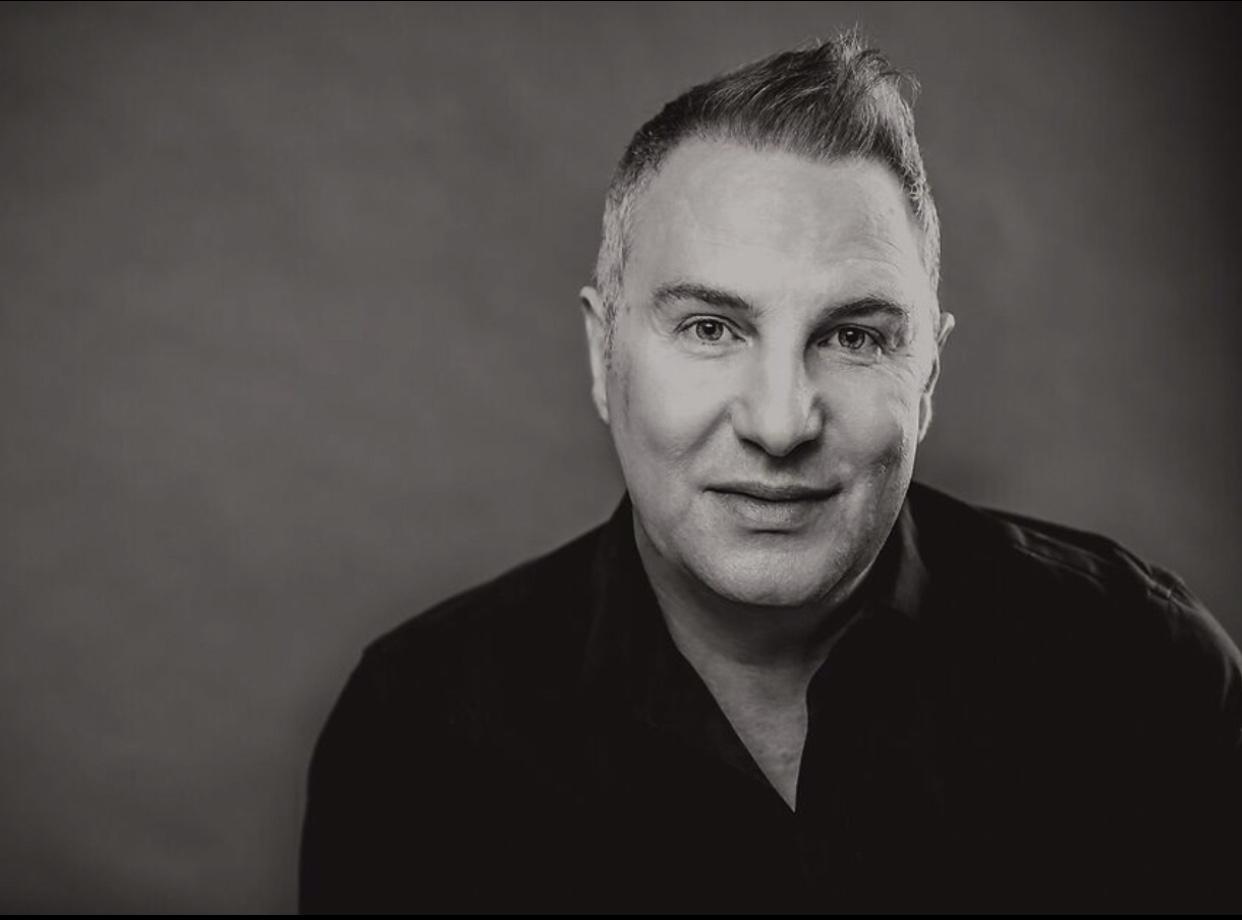 In February, VIU had the honour of hosting Gregory Scofield as the 2019/2020 Ralph Gustafson Distinguished Poet.

As the Gustafson poet, Scofield participated in a variety of events here in Nanaimo: a public reading at White Sails Brewery, a reading and Q&A at VIU’s Shq’apthut (the Gathering Place), and the Distinguished Poet’s Lecture on campus, titled “Why Indigenous Literatures Matter.” On top of that, he also visited professor Sonnet L’Abbé’s upper-level poetry class and was gracious enough to sit down with The Nav for an interview, even when all of the above occurred in the span of just two days.

The visit started with a small mix-up. “We were sitting in the room next door!” Scofield said as he and L’Abbé rushed in, arriving right on time to the 10 am class, the first engagement in his itinerary.Upon meeting him, I was instantly calmed by Scofield’s quiet, soothing voice and cool, calm demeanor. As the class got settled, he introduced himself—but before he got started, he wanted to get to know us and find out what our class had been writing.

“I’m more interested in you guys,” he told us as he looked around at all our faces.

After spoiling us with multiple questions about our assignments, he spoke for over an hour, filling in the group of aspiring poets on his background, how he got started writing poetry—through a love of oral storytelling inherited from his aunty—and his experience in the industry as an Indigenous writer. As he read aloud his poem “Muskrat Woman,” I can safely say hearing him repeat the words “fuck you, get your own dirt” was the cherry on top of the class’s morning.

As a young Métis poet first starting his craft, he hadn’t found a lot of voices that were like his own; so, he decided to fix that. Open and generous with what he shared, he revealed that it hasn’t exactly been an easy road. He spoke of the very first time he was edited: he was about to release his first book of poems with a publisher in Vancouver (he didn’t disclose who, of course), and the editor would slash out entire pages of his manuscript in red pen, writing vague words like “didactic” over top of it. No matter how many changes he made, it still wasn’t good enough—so, he took it somewhere else.

And look at him now—one of the top poets in the country, with renowned international acclaim. His accolades include the Queen’s Diamond Jubilee Medal and the Writers’ Trust of Canada Latner Poetry Prize. He has a memoir called Thunder Through My Veins (1999) and eight books of poetry, including The Gathering: Stones for the Medicine Wheel (1994), for which he won the Dorothy Livesay Poetry Prize, as well as Love Medicine and One Song (1997), Louis: The Heretic Poems (2011), and his most recent publication, Witness, I Am (2016). His second memoir, Sitting with Charlotte: Stitching my History Bead by Bead, will be published by Doubleday Canada in 2021. (He’s also a talented bead-worker and artist, creating in the medium of traditional Métis art.)

Along with the topic of Métis identity and a dash of autobiography, Witness, I Am focuses on the critical issue of the Missing and Murdered Indigenous Women through the retelling of an âtayohkêwin, a sacred Cree story.

“This is an issue I come to from a very personal place. I lost my auntie in 1997, and so a lot of my work is really centeredaround activism and advocacy,” Scofield said. “I think it’s important for artists, especially Indigenous artists, to be using our art, in all kinds of forms, to speak about our realities and the things that are affecting us on a very deep and very profound level. For me personally, I always approach the work from a place of honour and ceremony.”

Ceremony is another key factor in all his work. “I grew up with oral stories and music. I was very rich in that perspective. As I was learning and growing on my own path of reclamation and healing, ceremony, and specifically Indigenous ceremony, became a very big part of my life. It still is. I credit ceremony with my ability to write. I think a lot of what I do with my writing is around ceremony, and creating a safe, sacred place for these stories, my community, and people who want to learn. Not everyone approaches my work that way—I’ve had people angry—but I was always told that any form of good art is about holding up a mirror,” Scofield said, holding a hand up to his face.

In the early days of his writing career, Scofield used to be in social work, working with at-risk youth in Vancouver.

“Mostly it’s impacted my sense of community, and the sense of responsibility I feel towards our youth and helping them,” Scofield said about the experience.

The most important advice he gives to students? “Be aware of the journey you’re taking to find your voice; and once you’ve found your voice, be as loud as you can possibly be. Yet, at the same time, always make sure that you are honouring that voice. And that the work you’re doing is coming from a good place.”

Scofield acknowledges his peers and other Indigenous writers and artists for helping to pave the way.

“We’re living in a time of three delineated generations of Indigenous writers in this country. There is the generation that came before me—there were writers like Maria Campbell, Jeanette Armstrong, and Lee Maracle—so many incredible writers that really led the way and made space for my generation of writers. So my generation, which includes Eden Robinson and Richard Van Camp, Jordan Wheeler; we’re in a position where we can help continue to forge a path for an incredible new generation of writers, like Cherie Dimaline. We’re in a very empowering time for Indigenous literature, and I’m very grateful to be a part of that continuing cycle.”

Scofield’s reading at White Sails was an exciting and intimate event with about 60 people in attendance. At this venue, that’s a pretty packed space. As he began, he shared that he was nervous, as the last time he read at a bar he got heckled, and he doesn’t feel comfortable participating in ceremony around alcohol—but he quickly corrects that it’s not technically a bar anyway. If he was shaking with nerves, it wasn’t at all noticeable, and he proved to be a master at reciting his poems just as much as he is at writing them. The crowd sat in silent awe as he spoke, sitting back with their beers or leaning forward in not-so-subtle anticipation. I could almost see his shoulders loosen as the evening went on.

At his Gustafson lecture the following night, which was a direct response to Daniel Heath Justice’s book Why Indigenous Literatures Matter, 85 people showed up to hear his talk on how stories can foster miyo-wâhkôhtowin, or good relationships. However, it was more of a demonstration than an explanation. He once again stated that he was quite nervous, but continued to be the epitome of calm and collected—a trait one must acquire from teaching. He rose to the occasion by telling a series of stories, one of which was about an encounter he once had with a group he calls the four “worthy” young men (kιhtockinikiwak, in Cree), with whom, to put it very simply, he shared his personal story and encouraged them to do the same. At the end, during the Q&A, the tea was served hot once again as he revealed that he told an (unnamed) editor ‘no’ when they wanted to italicize the Cree words in his poems. When they told him “well, that’s not the standard,” he rightfully said, “well, it’s going to be the standard.” The whole audience clapped and nodded and cheered in that moment, enthralled in the ceremony with him.

Regarding miyo-wâhkôhtowin and the story of the young men he shared, Scofield had a small favour to ask of the audience as the lecture came to a close.

“In order to understand my presentation tonight, you will need to unpack the story bundles I just gave you. You will need to lay them out in the sunshine of your thoughts and allow them to breathe. Then you can pick them up and look at them closely. You can carry them with you in even smaller bundles, ones that you’ve already filled with your own stories.”

And that’s exactly what I did. 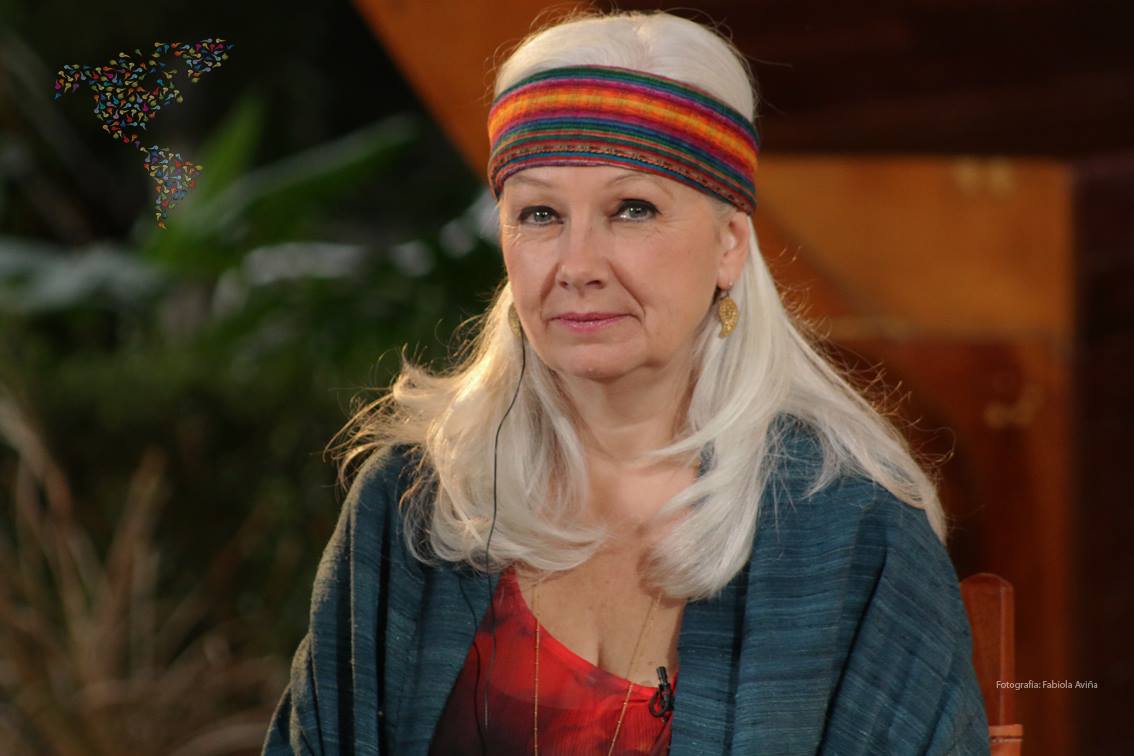 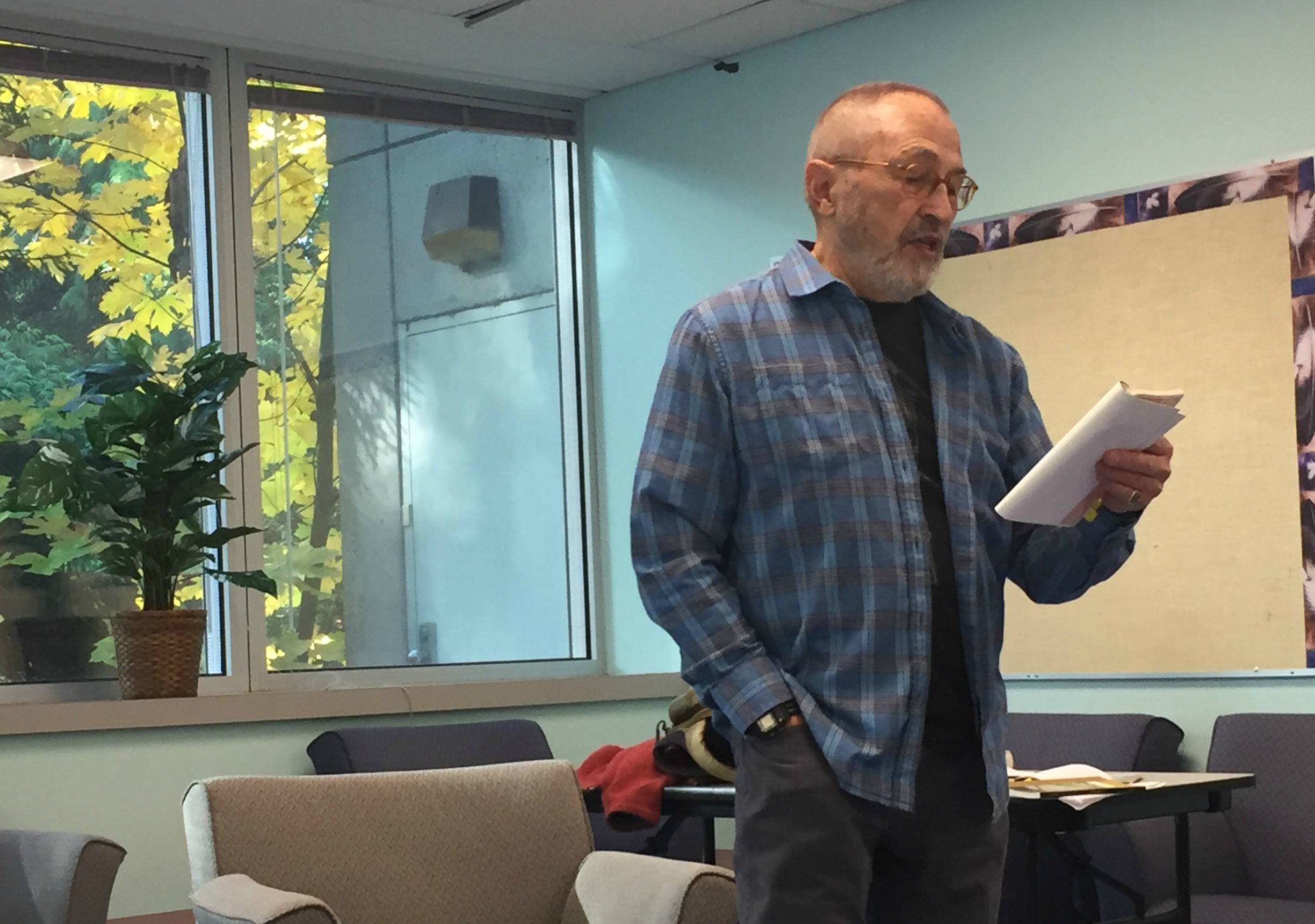