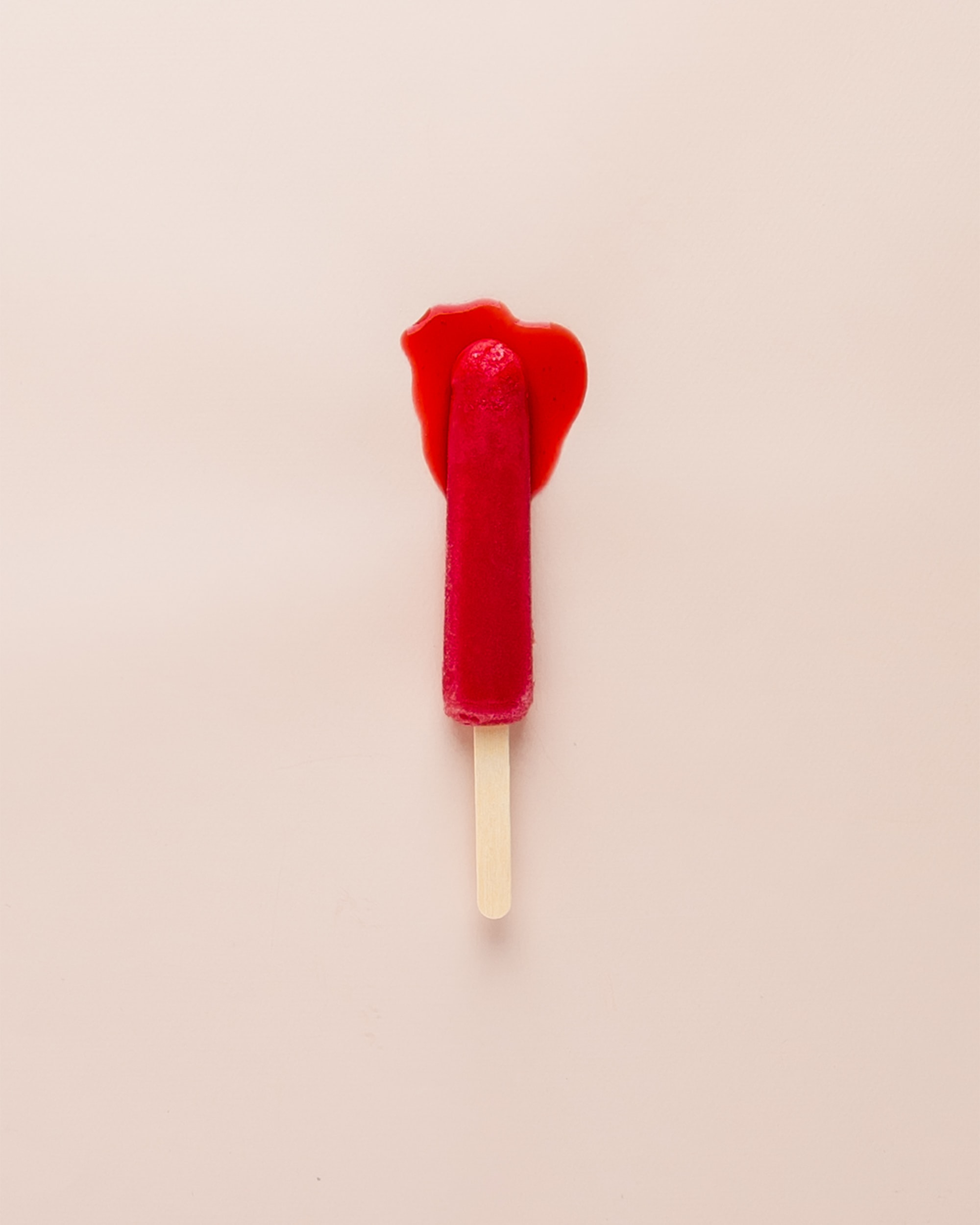 These stigmas are rooted in misogyny, and it’s about time that they get weeded out.

Anouk Borris, the Women Students’ Representative at VIUSU, has been working to get pads and tampons into all washrooms across campus, free of charge to students and staff. Toilet paper is provided, so why shouldn’t these products be?

There are taboos to be broken and stigmas to be shattered. These stigmas are rooted in misogyny, and it’s about time that they get weeded out. A Latin encyclopedia from 73 CE says this:

“Contact with [menstrual blood] turns new wine sour, crops touched by it become barren, grafts die, seed in gardens are dried up, the fruit of trees fall off, the edge of steel and the gleam of ivory are dulled, hives of bees die, even bronze and iron are at once seized by rust, and a horrible smell fills the air; to taste it drives dogs mad and infects their bites with an incurable poison.”

While almost 2000 years later this is laughable and gives a twisted kind of power to the period (we could do some major damage today if those statements were true), menstruators are still trying to prove that they can be effective members of society every day of their cycle and shouldn’t be discriminated against for a normal bodily function. They want menstrual equity, and they wanted it yesterday. All menstruators should have easy access to these products. Maybe one day we won’t need to protest for equality, but until then, we march on.

In 2015 the luxury tax was removed from pads and tampons at the federal level. In 2019 the BC provincial government mandated that all public schools provide free menstrual products for students and staff. They are calling it the “Period Promise.”

Representatives at VIUSU were asked by the BC Federation of Students if they’d like to advocate for this at VIU. They agreed, and Borris has been spear-heading it up with meetings and a petition for students to sign.

All menstruators are caught off guard by their period sometimes, and it shouldn’t prevent them from finishing class or the paper they’re on a roll with in the library. This simple act of getting menstrual products in the washrooms can start to break stigmas and open the door to a host of other conversations: sexual health, consent, abuse, and more.

No menstruator should feel self-conscious about cramps, leaking, bloating, PMS, getting easily tired, tender breasts, headaches, hormonal acne, or a change in bowel movements. Let’s set the record straight before we really head into this: menstruation is not unclean and it’s not embarrassing. Anyone who menstruates should feel comfortable being part of the discussion and decision-making that concerns their own health and well-being. The more you know about your own body, the more likely it is that you’ll know when something is off. Even if you don’t have a ‘regular’ cycle, you know what’s normal for you. Let’s start having healthy conversations about menstruation.

I’ll paint you a picture: So, you stayed up late last night to finish a school assignment and let yourself sleep in an extra half hour. You rush out the door, granola bar in hand, to your morning class. Halfway through you go to the washroom, only to be unpleasantly surprised to see a fresh blood stain on your new underwear. You roll your eyes and think, has it already been a month? What do you do now? The floodgate has opened. Do you walk slowly, keeping your abdomen soft, back to class to see if you have a pad or tampon left in your bag from three weeks ago? What if there isn’t one? Either way you’d have to come back to the washroom and everyone will see you leave twice. You exit the stall and while you’re washing your hands you see a basket on the counter with a small stack of pads and tampons. You breathe a sigh of relief and grab a few to make it through the day before you can go home.

Borris checked the women’s and gender neutral washrooms on campus in the 2019 fall semester. She quickly realized that keeping the dispensers stocked and functioning has clearly not been a priority at VIU.

It also hasn’t been breaking the bank, as Borris told me. “It’s the janitors’ jobs to keep the dispensers stocked and they were told to just pocket the quarters.” She explained how janitors already aren’t given adequate time to thoroughly clean the buildings. On top of that, they know the majority of the dispensers are broken, so why bother filling them?

After it was brought up last year that the dispensers weren’t being stocked Borris was told it would be handled. Months later she checked back with a handful of quarters to find the same dispensers broken or empty.

“We’ve gone around to most dispensers and put up stickers telling people to come to the students’ union for free products if they need them.” While that’s more convenient than getting to your car in the vast parking lot of VIU and driving home or to a nearby drugstore, we can still do better.

As of now, Borris is still waiting on a few more signatures on the petition before they can move forward. You may have noticed the women’s washrooms in building 210 sometimes have condoms and/or pads and tampons next to the sink. That is out of the goodness of an anonymous person’s heart. If you’re reading this, thank you!

The majority of the population may agree to having these products freely available, or they may be indifferent. Nonetheless, it feels weird that we need to have a petition and meetings to convince people that this is important.

“We haven’t been going through that many products,” Borris said. “We’ve been buying 500 pads and 500 tampons once a semester, and that’s been enough at the Students’ Union. People aren’t coming to stock up for the year, they’re coming to us when they’re stuck.”

“There’s a stigma that people will just stock up because they’re free, and you know what, if you need to, that’s fine, but it is an honesty policy and we haven’t had a problem in our building.” There are enough people that have been stuck: they were caught off guard by an early period, they leaked through and don’t have an extra product with them in the washroom, or they thought their period was over but it wasn’t.

“They’re not going to leave nothing for the next person.”

Borris said, “we would love to promote menstrual cups, reusable pads, and green products by getting a discount on our app. Right now we are just trying to get needs met. Green is the next step. We didn’t think we’d be able to tackle both at once. We’re just not in a place right now where we can be giving out more expensive products yet.”

I remember bleeding through my pad and jeans one morning in high school before I could drive. I was too afraid to go back to class and ask a girl for one for fear of “disrupting” class. I was too embarrassed to ask the school secretary if there were extras in the nurse’s room. My mom worked far away and couldn’t come get me. So I called my dad and told him I had the flu.

I asked other menstruators for their stories. They ranged from using restaurant napkins to get them through a dinner to tying sweaters around their waist in middle school and skipping university classes to go home and wash their new jeans.I hope with the new mandate of having menstrual products in all public schools, no other teen has to go through that. But if they do, I hope they have parents that make them feel safe and comfortable talking about menstruation. This is important beyond university campuses. Last year, in addition to the Victoria public schools, products were made available in all civic buildings.

If you had a skimpy sexual education from your school or your parents, like most of us, it’s time to change that. Ask questions, start the conversation, and don’t make anyone feel weird for how their body functions. Let’s be safe spaces for conversations; that shouldn’t be so hard. PMS is real, cramps are real, bloating is real and so uncomfortable. Let’s talk about tampons, pads, menstrual cups, leakproof underwear, and reusable pads. Let’s ask questions about the pill, the NuvaRing, IUDs, the fertility awareness method, and the DEPO shot.

“Hormones change weekly. How are you supposed to know what your body is really like if you’ve been on birth control since you were 16?” Borris said. Seeing menstrual products out in the open (as open as a washroom) starts a conversation that can go further than menstruation. “No one is talking about the societal implications of birth control, depression, anxiety, stress hormone responses, and coming off the pill,” Borris said. VIU’s student health plan coverage is through Greenshield. They will pay for 20 percent of prescription drugs (this includes the birth control pill) but it is unclear if it covers other options such as the NuvaRing or an IUD.

“You should be able to talk about menstruation with your partner,” Borris said. If it’s comfortable for you and those around you, conversations shouldn’t stop there. VIUSU wants to host monthly sex talks which all are welcome to, so long as those attending are respectful and those speaking feel safe. Borris mentioned one which was particularly successful that was branded as “Women’s Health,” and part of their conversation was about how pantyliners aren’t supposed to be worn every day because your body needs to breathe! Meeting the basic needs of fellow menstruators has implications beyond making the university a safer and more inclusive space; it opens the taboo door of sexual health and education, allowing us to move onward and upward together.