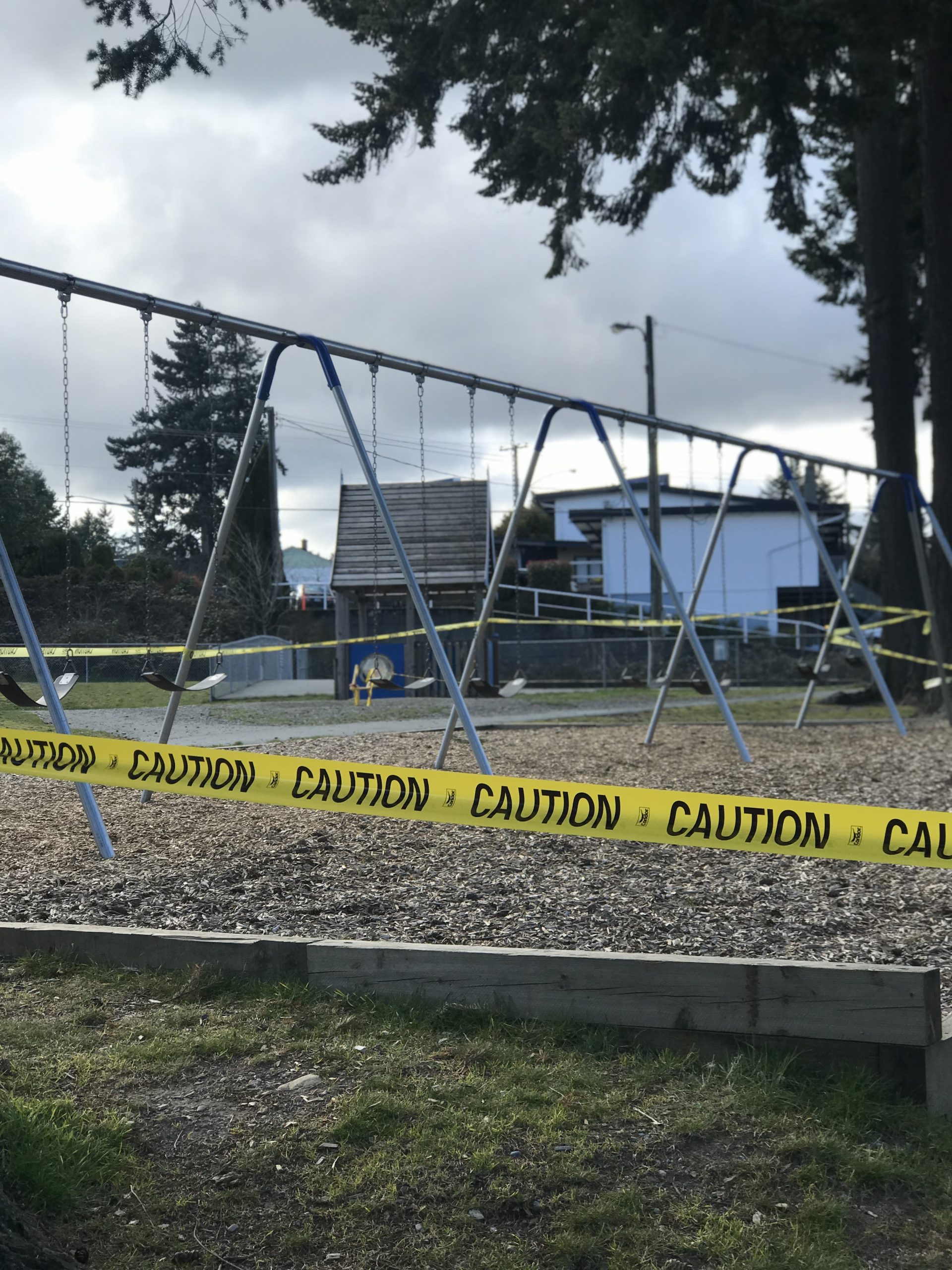 The world outside is eerily going on without us, while we’re quarantined within the comforts of home. The signals of a slower society tempt us: shuttered restaurants, grounded planes, a harbour city without tourists. We are seeing the results of society on mute.

Football fields are deserted, malls are ghost towns, and church pews are traded for couches and online worship. While the empty public spaces increase every day, we can’t help but be drawn to the otherworldly scenes.

Playgrounds Closure
The North Nanaimo playground, outside of the mall, is closed to children who would otherwise be playing on it.

Frisbee Golf
In attempt to flatten the curve, city officials removed the hoops from basket ball courts. Although the frisbee golf stands remain, the park is empty of participants of the otherwise leisurely activity.

Tennis Courts abandoned
Although the outdoor tennis courts at Beban Park are not officially closed, at 11am athletes are noticeably absent.

While north Nanaimo is divided between business-as-usual, with a few extra precautions, or tacked up “closed” notices, the downtown core has taken a much more visible approach.

Without the daily commute from shoppers and employees, many of the owners of independent shops have begun to board up their windows and doors to divert those who might otherwise be tempted to break in.  Security measures aside, BC’s Minister of Health recommended that non-essential stores close their doors to prevent the spread of the outbreak.

Modern Cafe
Modern Cafe reduced their hours and their menu to take out only before boarding up.

Mambos
Mambo temporally closed on March 22nd by boarding up their doors and windows.

Craft Fare
Craft Fare closed on March 17th, 2020. The eatery and taproom boarded up with plywood after opening in October of 2019.

NY LA
NY LA, a staple on Commercial Street since 2014, shuttered their windows in March.

The intrigue that coaxes viewers to watch post-apocalyptic television shows—the allure of abandoned buildings taken over by wildflowers, and the not too far-off representation of a ruined society—invites curiosity now too. How far will our pandemic go? Is this only the beginning?