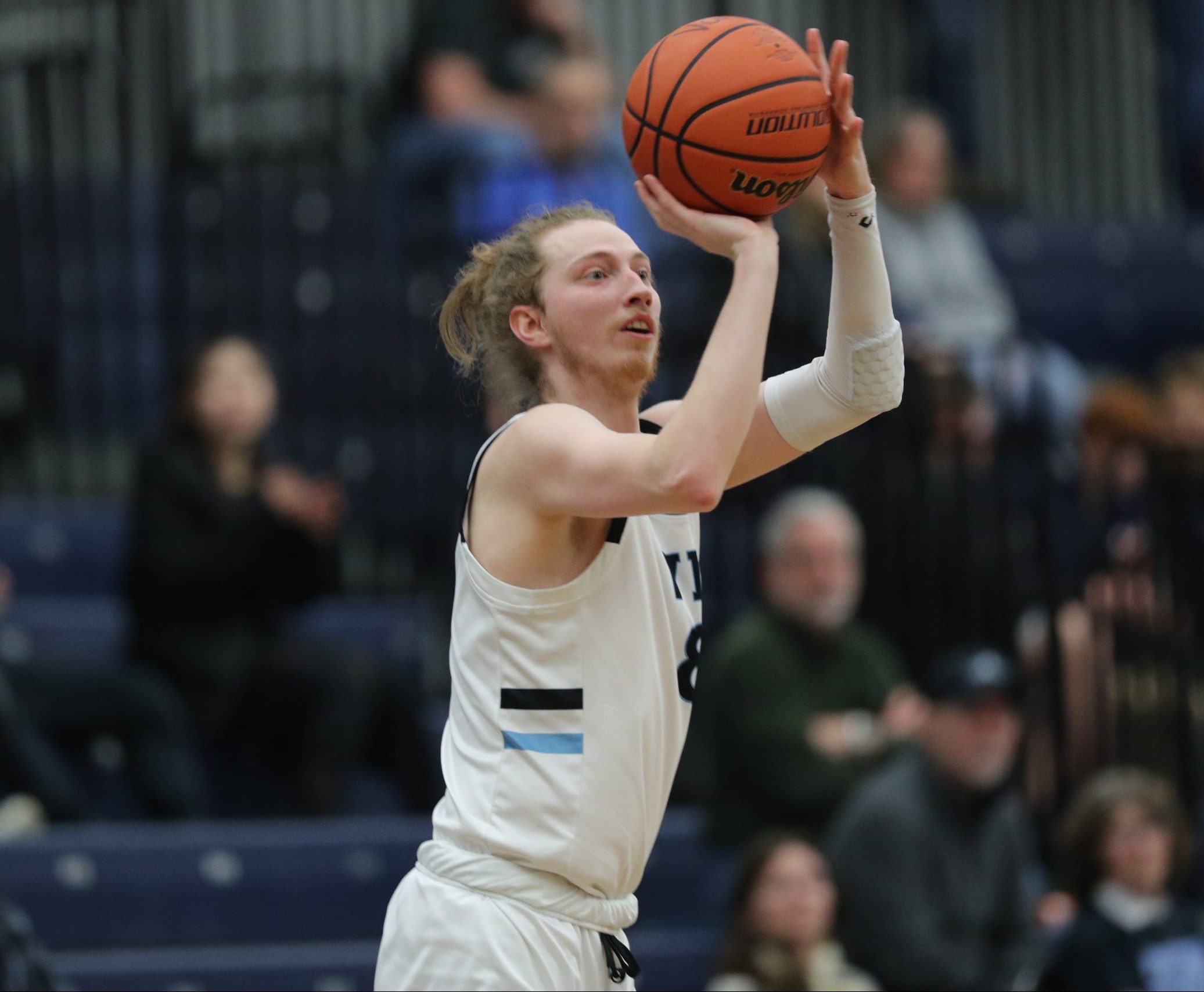 One particular group of students that has had to face more unexpected challenges than most—ones domestic students may not—are international student athletes.

Takano has been telling his team the same thing. “You have to do something every day,” he said. “Maybe soccer or study or work—whatever it is, it improves you.”

VIU students have grown accustomed to change over the past six months. Oftentimes, the changes have been unexpected and out of their control.

One particular group of students that has had to face more unexpected challenges than most—ones domestic students may not—are international student athletes.

Student athletes who have arrived in or returned to Canada this year to study and compete at VIU have had to deal with effects of COVID-19 that would frustrate and demoralize anyone.

Cameron Gay, a fifth-year guard on the Mariners men’s basketball team, has experienced the suspicion that comes with being an American in Canada in 2020—on top of lacking the physical support of family.

Gay came to VIU from Nine Mile Falls near Spokane, Washington, but lives in Nanaimo while going to school. He chose VIU because of the talent on the team and the two-way support system he would have had by being so close to his family.

The pandemic hurt that system.

“Usually, I’d go home to see family,” Gay said. “Both my sisters’ birthdays are in the summertime, so I try to make it home for a couple weeks where I can go visit them on their birthdays—I cancelled that immediately.”

Gay said he used to call home maybe once a week to check up, but now he tries to reach out every day.

“Living in Washington with the fires and then how COVID spread so fast [there], it is important to me to make sure my family is good, even though I’m not there to support them as much as I should be. It may not be a long conversation, but it’s at least something to feed the soul a little bit.”

He said he and his girlfriend, also from Washington, haven’t been home in about a year and a half. “It’s been manageable, but it’s definitely getting to us,” Gay said.

Being an international student during COVID-19 is fairly straight-forward, he said, because he lives in Canada. But, that doesn’t mean he doesn’t have other problems. Gay said his car has a Washington state license plate, for instance.

“If I go anywhere now, I always carry my passport and my student permit and my temporary SIN number to show I’ve been here a long time [and] I’m one hundred percent legal to be here,” Gay said. “I’m not trying to escape the States and all the chaos that’s going on down there.”

The caution Cameron displays may be surprising, but many may be unaware of how serious it is to be an American in Canada in the current COVID-19 world.

“When I drive to work, I’ve had a couple cops follow me and ask me questions,” he admitted. He’s also had to provide additional information when picking up packages, or occasionally to soothe a suspicious local.

“There’ve been some times I kind of shake my head, but at the same time, I understand their worry. I wouldn’t want anybody that I don’t know messing around my family. So, I understand where the frustration comes from … but they don’t know the situation,” Gay said.

An athlete further from home is fourth-year Shun Takano, a Japanese student on the men’s soccer team. Takano had to wait in Canada for months to hear from the federal government about whether his study permit could finally be extended, knowing he could have gone home to Japan to see his family and country for the first time in over a year.

Takano has travelled a wider road than most to VIU. Before coming to Canada, he played semi-professional soccer in Croatia and Montenegro after his high school team won nationals in Japan. After an injury, he decided to bet on his education instead. VIU and the Mariners were a great fit.

Takano was quick to grasp the consequences of COVID-19. It clicked for him on the day the games for his club soccer team, Nanaimo United, were cancelled.

“I realized, ‘OK, the game is cancelled. That means we’re not going to play until this pandemic ends,’” he said.

He said it was difficult not to be able to connect with his friends and teammates. “I had no idea what to do because we [were] not allowed to contact people or hang out or train together. I was struggling and felt frustrated, too, because I didn’t create anything new.”

So, Takano took it upon himself to create.

“I was thinking, ‘What can I do from my house to reach other people, to connect with people?’ One thing is teaching English to Japanese soccer players in Japan who want to go to Europe or America or Canada, like me. I was trying to find those people using my connections through social media. Some people actually contacted me. A few play professionally in Japan. I was teaching them basic English, [being a] partner for speaking practice … so I did that for free to create opportunities for people.”

For Takano, teaching English is important because language is one of the main reasons international students and athletes have issues feeling comfortable in a new country. He experienced it himself, and it’s now even more difficult with COVID-19.

“All the structure [of school] has to be online, so how people connect [with] each other, how Japanese people connect to the English speakers, there’s not much opportunity. They can’t reach out … to practice or learn English.”

Takano had his own problems, even as he was helping others with theirs. He said he struggled with the Canadian government to extend his study permit. He applied for the extension the recommended month before his permit expired on March 30 and was told to get his biometrics done, which include a headshot and fingerprints taken at a visa centre. Then COVID-19 hit and visa centres closed.

“I contacted the government [about] what will happen with the situation and they said, ‘I have no idea about that.’ So, I was staying in Canada without my study permit,” Takano said. The government told him to get his biometrics within 90 days for his permit. The 90 days came and went, with the visa centres still closed—the government told him simply to wait while they tried to figure it out.

The surrounding uncertainty also affected his decision to stay in Canada for the summer. “I have a study permit now, so it’s fine, but I couldn’t go back home.” He had no way of knowing if his study permit would let him come back into Canada for the fall semester or if he would be able to extend it.

When asked if he had wanted to go home, he said yes because “there’s nothing to do here.” He added, “Also, in Japan there’s nothing to do and [there’s] quarantine, but there’s family and there’s nice Japanese food I can have. The biggest thing [would be] to see my family, of course, because they support me.”

Enrique Chacon, one of five International Student Advisors at VIU, is trying to help these athletes and other international students during the pandemic.

Chacon shared some actions VIU has taken to make things easier for international students to make the transition. Chacon mentioned an English as a Second Language student who was stuck at the Canadian border because her study permit was not enough to grant her access into the country. It wasn’t deemed necessary that she be in Canada because her courses were all online—even though her husband and son were already living in Canada and were students at VIU and The High School at VIU.

“It wasn’t easy,” Chacon said. “We had to help them a lot. We [told the border officer] that, yes, her husband is here with the son already and studying here. And, the officer understood and let her in. But it’s not a thing you can guarantee or take for granted, that they will let you in. You need to prove that you need to get into the country.”

Chacon wasn’t surprised that Takano thought student interaction was vital for international students to learn English, and that it might be harder with COVID-19.

“It’s a big struggle every time,” Chacon said. “When they’re here in person, it’s a really hard thing for international students to meet Canadians and to have any meaningful interaction. It’s something most people have a hard time initiating—[to] just talk to an international student and see how they’re doing.”

Chacon said that international athletes like Takano are put in a difficult position by having to excel academically and perform athletically—to top it all off, they have to learn a new language during a pandemic. But, athletes have some perks in this area that others might not.

“They socialize more, they interact more with Canadians, and it’s a great thing. That’s one of the few groups that usually don’t complain about making friends in Canada because … they have their team,” Chacon said.

VIU’s Interim Athletics Director, Danielle Hyde, commends the International Student Department for their work this summer and is in constant contact with them regarding their student athletes.

“So much rides on deadlines and government process and so many different pieces. So, we found that this year it helps to be looped in, so that we can help make sure that it’s not last-minute that the student athlete is fulfilling what they need to do,” Hyde said.

She mentioned how uncertainty in the early days of the pandemic affected the students. “When they would normally be starting their planning, we had no idea what the fall would look like. It was really challenging in that we didn’t know if there would be anything for them to come back to in the athletic side of things.”

That lack of clarity may be a reason why many international student athletes have stayed home. Ten to 13 of the usual 20 student athletes VIU accepts in a given year are or will be physically at VIU, while the remainder are studying and training from their home countries. The number is hard to pin down, Hyde said, as plans are always changing.

“The ones that are not here are still intending to return,” she said. “It’s just not the right time to leave their homes right now. They may choose not to if there’s no competitive season to return to.”

Gay and Takano, however, are here already and don’t see much of a change in their mindset toward the upcoming year.

“This year has been so much fun for me to rekindle the love for the grind, accepting the grind, and pushing forward through things,” Gay said. “[The team has] a mutual respect for each other. When we walk into the gym, we all know we have to get better together.”

Takano has been telling his team the same thing. “You have to do something every day,” he said. “Maybe soccer or study or work—whatever it is, it improves you.”

Hyde gives the international student athletes all the credit in the world.

“They are a really vital part of the [athletics] program and we are really, really lucky that over the years we’ve been able to have the number of international students we’ve had,” she said. “They bring so much diversity and they’ve been a real pleasure to have. And, they stay; they come here and they stay … it makes things more interesting and more fun for everyone.” 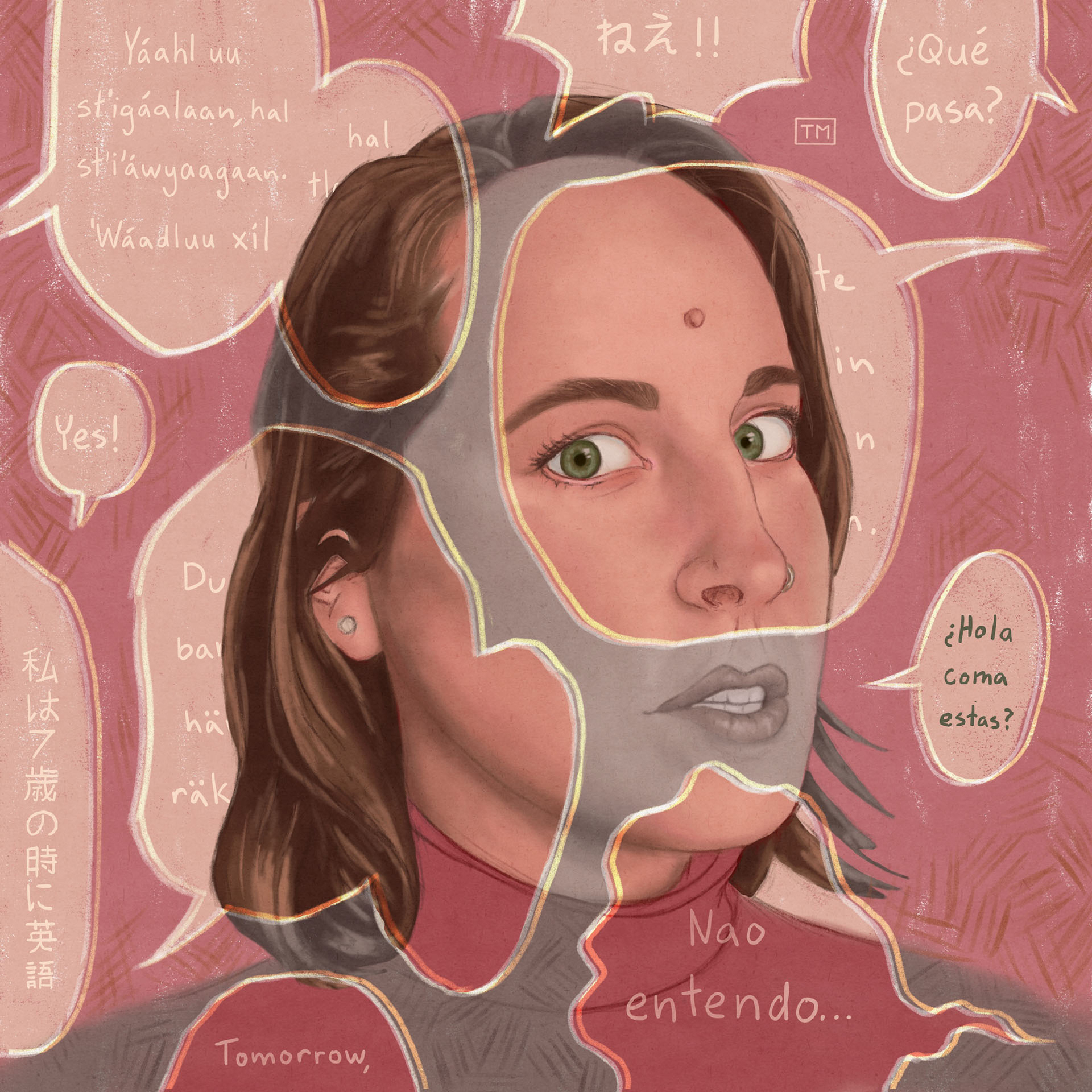