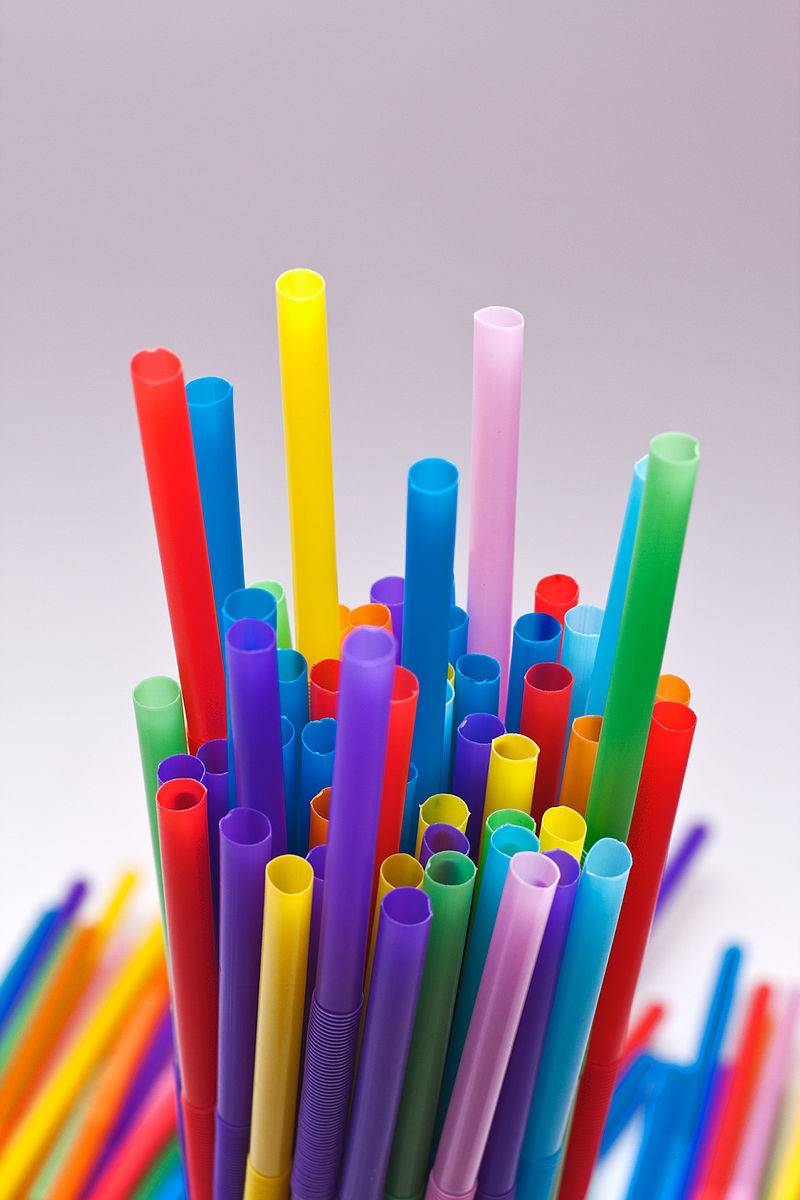 Plastic straws are one of six single-use items set to be banned in Canada by 2021.

I think about the fact that I, an able-bodied person, wouldn’t have even considered this, and I am reminded of the importance of having diversity in the consultation process when policy decisions are being made.

Marginalized people—BIPOC, disabled, poor, working class people—the people who are on those intersections are so disproportionately affected by environmental problems, and if we’re not the ones calling the shots, environmentalism is absolutely meaningless

Three years ago, the single-use plastic straw became the poster child for the anti-plastic movement after a video of a sea turtle with a straw stuck in his nose went viral. Plastic pollution became a global concern, and the public uproar pressured people in power to implement changes, and straws were an easy target.

One by one, cities and municipalities such as Vancouver, Seattle, and Tofino began to impose the bans. Immediately, the disabled community sounded the alarm, asserting that plastic straws are essential for their health and wellness.

Still, the fight to get rid of plastic straws continued, and on October 7, Canada joined a growing list of countries around the world pledging to eliminate plastic straws and other single-use plastic items. But if the needs of one demographic aren’t being met concerning an item as seemingly trivial as plastic straws, what does this mean for the larger environmental movement?

The country-wide ban of six forms of single-use plastics—carrier bags, straws, six-pack rings, cutlery, stir sticks, and some takeaway containers—is set to come into effect at all levels of government by 2021. While many environmentalists across the country say this is a good first step, members of the disabled community are tired and frustrated—including sb. smith, a disabled student at VIU.

Sb. smith explained some of the major setbacks disabled people would face if the ban came into effect, such as having to prove that they’re disabled. “Unless we’re in a wheelchair, and even then there are still people who can walk but need a wheelchair part of the time. So if they’re out in public they run the risk of having to prove or argue that they’re disabled,” she said. “So when it comes to straw bans in particular, the idea of having to prove that I’m disabled in order to drink a glass of water seems asinine to me.” Not every disability is visible, and each person’s circumstance is different.

Plastic straws were invented almost 60 years ago, and have been an accessibility tool for the disabled community ever since. In a Vox article, a California-based disabled activist with a similar name, s.e. smith, explained her bleak response to people when they ask what disabled folks did before plastic straws: “We died.”

Or, sb. smith said, disabled people lived in “abusive, grim, isolating institutions” where they didn’t need them because they had 24-hour care.

“And now there’s a possibility that [plastic straws are] being revoked, and it’s because abled society doesn’t view them as an access tool. Even if they do, they don’t care that accessibility is a must for [a large] percentage of the population,” sb. smith said.

As for reusable options? Most other materials—metal, silicone, cardboard, glass—run the risk of being a safety hazard. In 2019 a British woman who had scoliosis—a curvature in the spine that makes one prone to falls—was killed when she fell onto a metal straw. Metal and glass straws can also pose a risk when used with high temperature liquids.

Additionally, keeping reusable straws adequately sterilized is a must for those who are immunocompromised or have allergies. Individually wrapped disposable plastic straws tick all the right boxes.

There is little mention of catering to disabled needs in the government’s report on the ban, other than a sentence that states: “Management of single-use plastics should also reflect the vital functions some single-use plastics play in keeping Canadians safe and healthy, assisting people with accessibility needs, and preserving food” (emphasis added).

Sb. smith believes the government has consulted with some people with disabilities, but even so, the ban doesn’t reflect the needs of all disabled Canadians. “There’s this classism and ableism baked into their policy decision beyond straws and checkout bags and all the rest of it,” she said. “These people aren’t thinking about how this is going to affect people financially.”

For example, if plastic straws do get banned, they may become a medical item only available to those who need them. Sb. smith said this means “the price of them is going to skyrocket,” adding that it’s just one more medical item that people with disabilities will have to carry on them for day-to-day activities.

Sb. smith listed the items she has to take with her when she leaves her house every day: her EpiPen, daily medications, backup medications, a mask, her cane, and her inhaler. “And now I also have to carry straws?”

She related a conversation she had with a friend who is also disabled in California who recently had to evacuate because of the fires in Orange County.

“How am I supposed to pack up my disabled life into one suitcase?” her friend asked. Sb. smith didn’t have an answer for her.

I think about the fact that I, an able-bodied person, wouldn’t have even considered this, and I am reminded of the importance of having diversity in the consultation process when policy decisions are being made.

“Marginalized people—BIPOC, disabled, poor, working class people—the people who are on those intersections are so disproportionately affected by environmental problems, and if we’re not the ones calling the shots, environmentalism is absolutely meaningless,” sb. smith said.

Disability Collective’s Sins Invalid is a disability justice-based performance that nurtures and celebrates artists with disabilities, focusing on artists of colour and LGBTQ+ artists. Sb. smith explained that the framework Sins Invalid uses is one that many governments could learn a lot from: incorporating climate, environmental justice, social justice, and health justice into their mission.

“I think about [the fact that] the government and dominant society’s environmental goals are removing plastic straws and grocery bags, meanwhile the rest of us who are actually affected are fighting for the liberation of all humans, nonhumans, and the land. Those are two completely different trajectories,” sb. smith said. “When we say ‘Save the Earth. Save the environment,’ we’re not doing that. What that means, what saving the planet actually means, is saving humanity.”

So how can we move forward? First of all, we need to listen to marginalized people. In their article, “The poverty of plastics bans: Environmentalism’s win is a loss for disabled people,” PhD candidates at two US universities, Andrew Jenks and Kelsey Obringer, recognize the need “not only to amplify disabled voices, whose critiques have been given little credence, but also to shift the conversation from proposed alternatives for disabled people to a critical reflection on who constructs environmental policy, and at what cost.” We need to follow their example.

The government is holding a final public consultation for people to voice their opinion until December 9. (Though I notice people with disabilities aren’t on the list of people they “especially want to hear from.”)

The power of the public voice is what brought forth these bans in the first place, so supposedly, individual voices do matter. However, the voices of the marginalized are often drowned out by the yells of dominant society.

“I feel frustrated by it and just tired, honestly,” sb. smith said. “It’s been three years that disabled people have been actively vocal about this. But it’s this wearing down that happens after a while where it’s like, ‘I care. I hate this. And I want it to stop because it’s hurting my friends,’ but it’s also like, ‘How long can we fight?’ The government isn’t going to let up on it, the greenwashed environmentalists aren’t going to let up on it.”

Nanaimo Greens’ MP Paul Manly said that for now, the ban is a good first step. “But,” he adds, “Climate change and climate actions needs to be about climate justice, so we need to be considering who’s going to be most affected by the decisions that are being made and that is purely how we need to move forward.”

A large part of the government’s proposal covering the ban talks about eliminating hard-to-recycle plastics, and working towards supporting the growth of new innovative technologies that foster the protection of the environment and the transition to a circular economy. How can we ensure an economy is circular when a large percentage of the population is left out?

Otherwise, sb. smith said, “It’s a classic case of putting a bandaid on a bullet wound.”