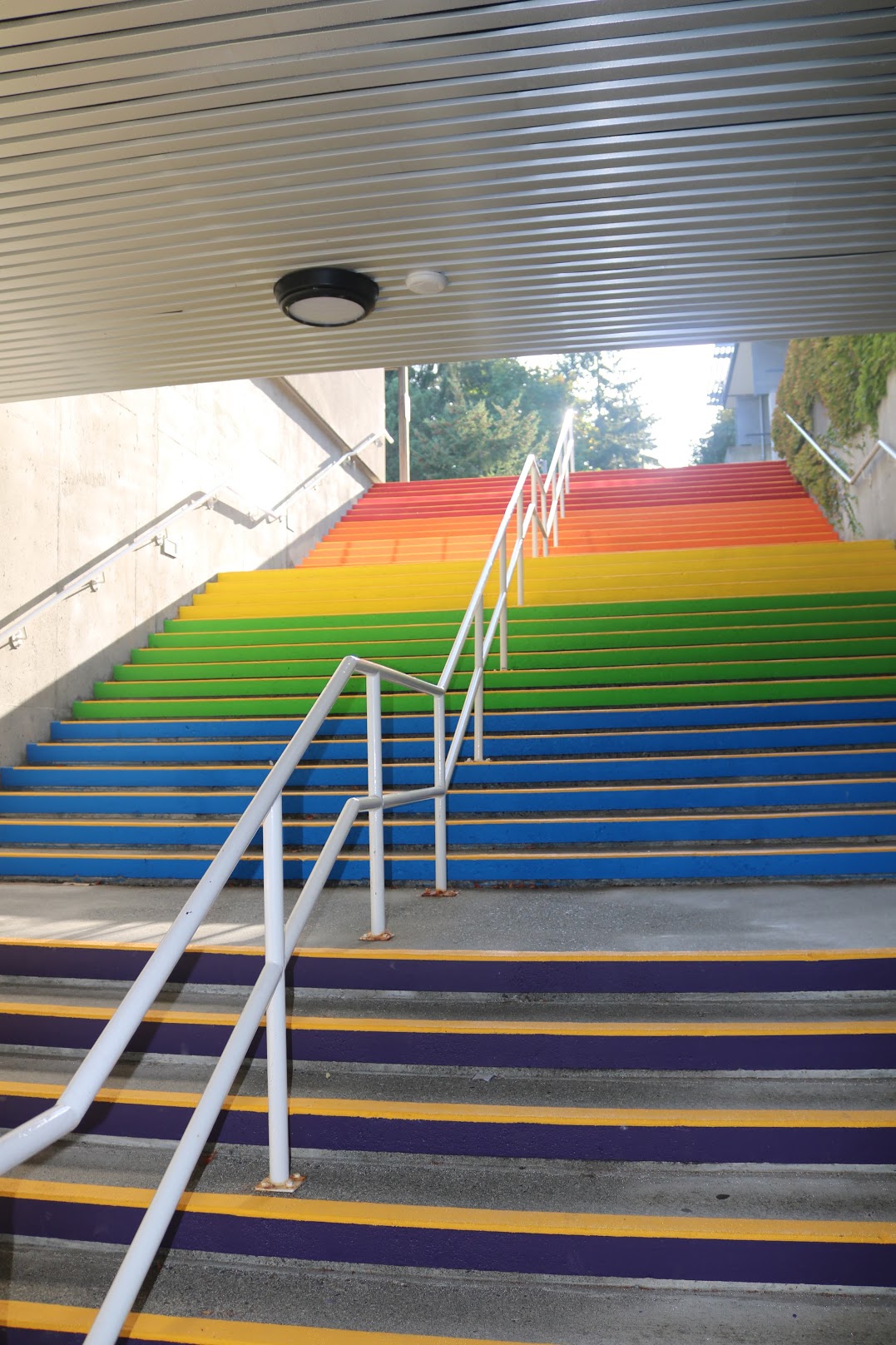 Linda Derksen, Universal Access Committee chair, next to one of the signs made possible by a grant from the Rick Hansen Foundation / Image via Vancouver Island University

In 2018, the Universal Access Committee was formed to apply for grant money to make improvements at the university.

VIU’s Universal Access Committee Chair Dr. Linda Derksen explains that the money comes from the BC Accessibility Grants Program through the Ministry of Social Development and Property Reduction.

Handrails on ramps, high-contrast signs pointing to accessible routes, hearing equipment at service desks, change tables in washrooms, adjustable desks, and rolling workstations are some of the many upgrades to improve accessibility.

In 2018, the Universal Access Committee was formed to apply for grant money to make improvements at the university. Since then, many departments on campus, including the library, human resources, and campus development, have been working to make their areas more accessible.

“We are making hundreds of little changes that add up to making the whole campus much more accessible for a wide range of people,” Derksen says.