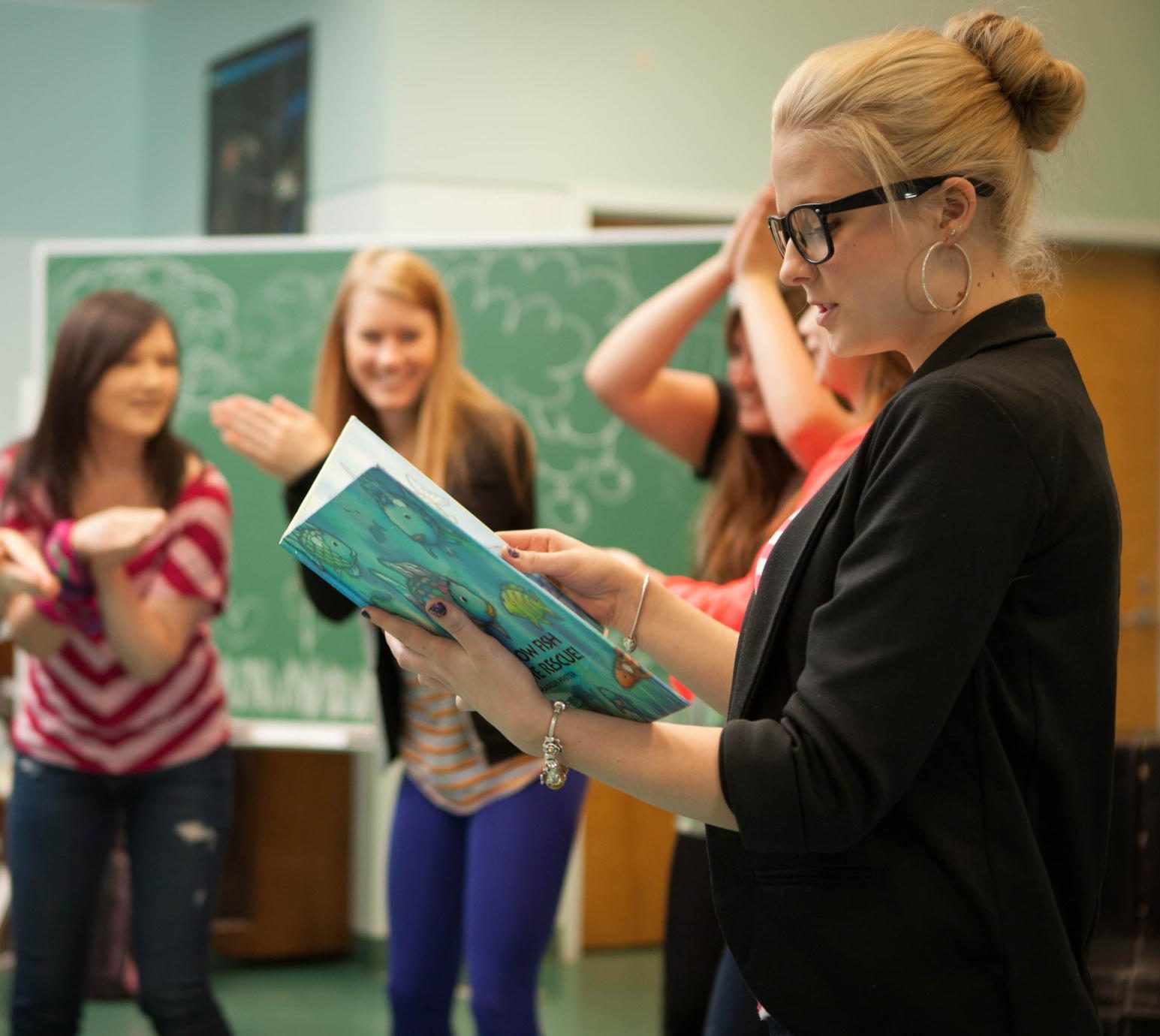 Students in the Bachelor of Education Program / Image via VIU

"I convinced myself that I would get [work] done. But that was me trying to avoid it in the moment, because I felt overwhelmed. But it made it worse for me later on."

"[If] you find that you need help and it’s something that someone else might be able to give you advice on or assistance in any way, just reach out if you can."

It’s tough being a teacher.

Unruly students, detailed planning, a less-than-perfect workplace—any one of these factors can cause a burnout.

All of them together can create a breaking point for teachers.

Teachers in BC are dealing with many challenges, such as low wages, and high housing and food costs, according to Chair of the Association of the BC Deans of Education, Allyson Jule.

As a result, some educators are leaving the province or retiring altogether.

“The teacher shortage is a significant crisis for the country,” Jule said.

The Bachelor of Education (BEd) program is five years. The first three are the Pre-Professional Years, where students are in the classroom, learning theory. In the third year, the class gets split into two cohorts.

Students do their practicums in fourth and fifth year, the Professional Years. They get placed in schools on Vancouver Island, the Mainland, or (in some cases) go abroad to teach in classrooms and gain real-world experience.

Fourth-year student Brianna Bold did her practicum at an elementary school in the University District (Harewood) in Nanaimo. At the time of her interview, she was starting the third week of her fall practicum and loving it.

“It’s a lot of fun getting to see how everything that I’ve learned over the past four years gets put into practice,” she said.

But Bold is no stranger to burnout. She is a visual person and struggled with the switch to online classes during the pandemic.

Bold didn’t recognize the signs of burnout back then, like anxiety and procrastination. Putting off her assignments only led to more stress, since she’d fall behind in classes and struggle to catch up.

“I convinced myself that I would get it done,” she said. “But that was me trying to avoid it in the moment because I felt overwhelmed. But it made it worse for me later on.”

Jesse Kennedy graduated from the BEd program in 2021. He is currently the Acting Vice-Principal and a teacher at the Elementary/Secondary School in Zeballos, a village on Vancouver Island’s northwest coast.

“VIU actually set me up really nicely to have some skills to cope with stressful situations or long hours that come up, because it is a well-constructed five-year program,” Kennedy said.

But he did have some difficulties as a student. Kennedy has OCD, which made his schoolwork somewhat challenging.

The pandemic was even more of a problem—his fourth-year practicum got interrupted in the spring. While the next year’s practicum was in person, his Education classes were online.

Kennedy hasn’t experienced much burnout in his new position. However, he knows that other teachers in the province are having a more difficult time.

“I think [it’s] important that we talk about different resources and different opportunities for teachers to work through that kind of burnout and that exhaustion,” he said.

Vieira gave several general reasons why students would feel burned out: finances, the workload, and uncertainty about finding employment after graduation.

Then there’s the stress of practicum.

There’s a lot of pressure on Education students, especially in fifth year. They are evaluated on their performance in the classroom and they need to give detailed lesson plans to their sponsor teacher and supervisor.

Sometimes they’re placed in a challenging environment, whether it’s students with special needs or with a sponsor teacher that doesn’t work well with them.

Finally, Vieira pointed out that student teachers and professors such as herself interact with students from difficult backgrounds, which can cause a slow burnout.

“It is difficult to leave work at work,” she said. “[Student teachers are] becoming aware of all of these things that they can’t 100 percent fix.”

Luckily, the BEd has a framework in place to prevent or at least minimize burnout among students. Vieira and the other professors frequently check in on students and encourage the classes to reach out to them if they need help or extra time.

Teachers aren’t exempt from burnout, either. Vieira wants to make sure her students are doing well, but it can sometimes leave her emotionally drained.

What can help professors and students is a wellness plan.

At the beginning of fifth year, students create a plan that they revisit every three weeks or so to evaluate and adjust their goals. That way, students can complete their assignments while maintaining their physical and emotional well-being.

“It’s not like we’re saying, ‘You don’t have to do this assignment,’” Vieira explained. “We focus on the process and we adjust timelines and things like that in order to help them be successful.”

Vieira tells students to balance their stressful situations with extracurricular activities that give them energy. She also encourages them to form a community of professors and classmates, even if their first instinct is to withdraw.

“I really encourage my students to tap into their classmates or that one colleague … that can help them to rephrase situations and feel better,” she said.

Bold agrees that the Education professors have been very helpful. One way is by adjusting deadlines so that multiple things aren’t due on the same day.

“They’ll talk to us and say, ‘How are you guys feeling? Is this week looking like it’s going to be super stressful?’” she said.

As a visual person, Bold has her own method of keeping track of things. She creates lists and maps out deadlines and due dates.

She explained, “I know that if I stick with that schedule, and I just get that little bit done each day that I’ve scheduled for myself, then everything will get done on time.”

Bold encouraged students to reach out if they need help, including to the classmates in their cohort.

She wishes now she’d been better at noticing the symptoms of burnout sooner and used her teachers and classmates as support, as she does now.

“[If] you find that you need help and it’s something that someone else might be able to give you advice on or assistance in any way, just reach out if you can,” she said.

At first, Kennedy didn’t know how to deal with burnout, so he did some digging.

“I quickly learned about resources around campus, about the gym, about what types of peers to reach out to to get help from and which professors could help … and that helped minimize [burnout] really quickly,” he explained.

Besides reaching out, Kennedy recommends students have a healthy lifestyle.

“Maintain a healthy balance where if you’re eating well, if you’re exercising well—it will become a smaller problem that might be easier to deal with,” he said.

By being open about their anxiety and stress, students are taking the first step in overcoming it. And if they start at the beginning, they’ll be better equipped at handling burnout in their professional lives.

Despite everything that school and life has thrown at them, Bold and Kennedy enjoy their studies and the work that comes with it.

Kennedy reiterated his praise for the program:

“[It] is designed for you to have opportunities to make mistakes, to learn from [them] in a low-stress environment, so that when you are stressed out, you have people around you that you can go to.”

Bold had a big smile on her face. “I don’t think people always realize how much fun practicum can be. It’s very nerve-wracking at first,” she admitted. “But it is probably going to be the best part of the entire program.

“Don’t be afraid of it. Look forward to it.”